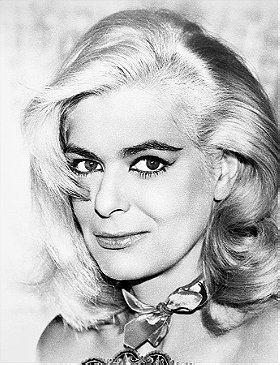 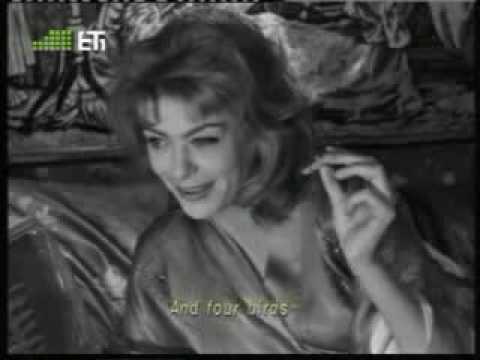 When she completed her secondary education, she was admitted to the National Theatre's Drama School after reciting a poem by Kostas Karyotakis. Dimitris Rontiris was her teacher and she graduated in 1944.

Aged 21, she married her first husband, Panos Harokopos, a wealthy landowner; they divorced in 1962.
After her graduation, Mercouri joined the National Theatre of Greece and played the role of Electra in Eugene O'Neill's play Mourning Becomes Electra in 1945. In 1949 she had her first major success in the theatre playing Blanche DuBois in A Streetcar Named Desire, written by Tennessee Williams and staged by Karolos Koun's Art Theatre. Until 1950, she also worked in the same theatre in other plays by Aldous Huxley, Arthur Miller, Philip Jordan and André Roussin. She then moved to Paris, where she appeared in boulevard plays by Jacques Deval and Marcel Achard, and met famous French playwrights and novelists such as Jean Cocteau, Jean-Paul Sartre, Colette and Françoise Sagan. In 1953, she received the Marika Kotopouli Prize and returned to Greece two years later. At the Kotopouli-Rex Theatre, Mercouri starred in plays like Macbeth by William Shakespeare and L'Alouette by Jean Anouilh.

Her first movie was the Greek language film Stella (1955), directed by Michael Cacoyannis (also the director of Zorba the Greek). The film received special praise at the 1956 Cannes Film Festival, where she met for first time the American film director Jules Dassin, with whom she would share her life, as they got married in 1966, and career. As a start, the next year she starred in the latter's He Who Must Die and other films by Dassin followed featuring Mercouri, such as The Law (1959).

After her first major international success, she went on to star in Phaedra (1962), for which she was nominated again for the BAFTA Award and the Golden Globe Award for Best Actress in Motion Picture Drama. The recognition of her acting talent did not stop though, as her role in Topkapi (1964) granted her one more nomination, this time for the Golden Globe Award for Best Actress in Motion Picture Musical or Comedy. Mercouri worked with other famous directors as well, such as Joseph Losey, Vittorio De Sica, Ronald Neame, Carl Foreman, Norman Jewison, and starred in films like Spanish language The Uninhibited by Juan Antonio Bardem. She continued her stage career in the Greek production of Tennessee Williams's Sweet Bird of Youth (1960), under the direction of Karolos Koun. In 1967, she played the leading role in Illya Darling (from 11 April 1967 to 13 January 1968) at Broadway, for which she was nominated for the Tony Award for Best Performance by a Leading Actress in a Musical, while her performance in Promise at Dawn (1970) gave her another Golden Globe Award nomination.

On 11 June 1967, Mercouri appeared on one of the final episodes of "What's My Line" (the venerable panel show would leave the air that fall, after seventeen years). After the panel were blindfolded, a strange man appeared on-stage and proclaimed himself "the second mystery guest". Host John Charles Daly quickly called for "the relieving crew" and said "schedule two" (a code word used on live broadcasts in case of an emergency: the cameras are turned to a neutral position and the sound is cut off). The man talked a bit about a dating service he apparently owned before being hustled off the stage by announcer Johnny Olsen and executive producer Gil Fates. Daly merely apologized to the panel, and the program continued.

Melina Mercouri concentrated on her stage career for the following years, playing in the Greek productions of The Threepenny Opera and, for a second time, Sweet Bird of Youth, in addition to the ancient Greek tragedies Medea and Oresteia.

amorginos voted for 7 images [View All] 1 week, 4 days ago

lovechopard rated this 10/10 4 months ago

Kandi voted for an image 7 months, 2 weeks ago

topcollection rated this 10/10 11 months ago

Kendraatje voted for an image 2 years, 4 months ago

Kandi added this to a list 2 years, 5 months ago

"When PASOK won the elections of 1981, Mercouri was appointed Minister for Culture of Greece, being the first female in that post. She would serve in that position for two terms until 1989, when PASOK lost the elections and New Democracy formed a cabinet. (Wikipédia) Never on Sunday (1960) - Melina Mercouri"

TrekMedic added this to a list 2 years, 10 months ago
Variations On A Theme XVII - Drinking Alone? (103 person items)

TrekMedic voted for an image 2 years, 10 months ago