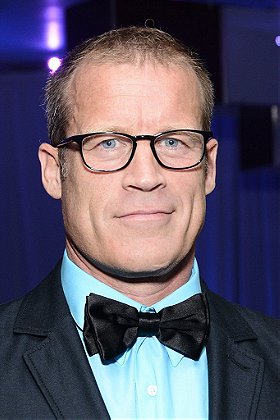 Valley played Brad Chase, the attorney constantly belittled by Alan Shore (played by James Spader) on Boston Legal, a spinoff of the television series The Practice. In Boston Legal, his character also served in the Gulf War, but as a Marine.

Other roles of Valley's include Jack Deveraux on the NBC Daytime soap opera Days of our Lives from 1994 to 1997. In 2003, Valley played Detective Eddie Arlette, an American police officer in London, on Keen Eddie. He has also appeared on the television series ER as Richard Lockhart, Abby Lockhart's ex-husband. In 2008 he appeared on Fringe, as FBI agent John Scott.

Valley has been tapped as the lead in Fox's drama pilot "Human Target" from director Simon West. "Target," from WBTV, DC Comics and McG's Wonderland, is based on the DC Comics title and centers on Christopher Chance (Valley), a mysterious security freelancer who assumes the identities of those in danger, becoming the "human target" for his clients.

rickterenzi voted for an image 1 year, 12 months ago