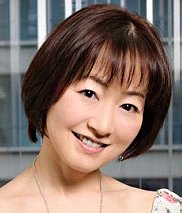 She was a member of the J-pop voice acting group, Drops, until they disbanded. They were most well known for singing the ending theme to the anime Doki Doki School Hours although they did perform a couple of concerts one of which was released on DVD.

She works for the talent management firm Aoni Production. Her most notable roles include Okinu from Ghost Sweeper Mikami, Miki Koishikawa from Marmalade Boy and Shaorin from Mamotte Shugogetten. ... (more) (less)
My tags:

1. Code Geass - Lelouch of the Rebellion

1. The World's Finest Assassin Gets Reincarnated in Another World as an Aristocrat