77 votes
Tribute to Glamorous Actresses of the Yesterday (257 items)
list by xolmis
Published 6 years, 6 months ago 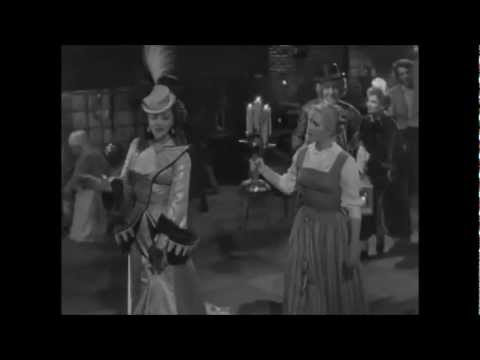 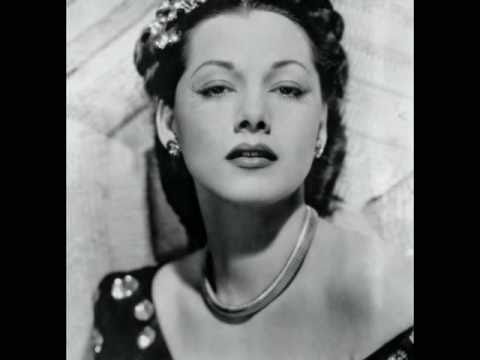 Montez was born María Antonia García Vidal de Santo Silas (some sources cite María África Gracia Vidal or María África Antonia García Vidal de Santo Silas as her birth name) in Barahona, Dominican Republic.
She was one of ten children born to Ysidoro García, who worked as the Spanish consul in Dominican Republic, and his wife Teresa.
Montez was educated at the Sacred Heart Convent in Santa Cruz de Tenerife. In the mid-1930s, her father was appointed to the Spanish consulship in Belfast, Northern Ireland where the family moved. It was there that Montez met her first husband, William G. McFeeters, whom she married at age 17.

Her beauty soon made her the centerpiece of Universal's Technicolor costume adventures, notably the six in which she was teamed with Jon Hall — Arabian Nights (1942), White Savage (1943), Ali Baba and the Forty Thieves (1944), Cobra Woman (1944), Gypsy Wildcat (1944), and Sudan (1945). Montez also appeared in the Technicolor western Pirates of Monterey (1947) with Rod Cameron and the sepia-toned swashbuckler The Exile (1948), directed by Max Ophüls and starring Douglas Fairbanks, Jr.

By the early 1950s, Montez's career in the United States began to wane due to audiences' changing taste in films. Montez and her second husband, French actor Jean-Pierre Aumont, then moved to a home in Suresnes, Île-de-France in the western suburb of Paris under the French Fourth Republic. There, Montez appeared in several films and a play written by her husband. She also wrote three books, two of which were published, as well as penning a number of poems.

Montez was married twice. Her first marriage was to William G. McFeeters, a wealthy banker who served in the British army. They married when Montez was 17 years old and later divorced.

While working in Hollywood, she met French actor Jean-Pierre Aumont. They married on 14 July 1943 at Montez's home in Beverly Hills.
Aumont had to leave a few days after their wedding to serve in the Free French Forces fighting against Nazi Germany in the European Theatre of World War II. At the end of World War II, the couple had a daughter, Maria Christina (also known as Tina Aumont), born in Hollywood on 14 February 1946.

The 39-year-old Montez died in Suresnes, France on 7 September 1951 after apparently suffering a heart attack and drowning in her bath.
She was buried in the Cimetière du Montparnasse in Paris where her tombstone gives her amended year of birth (1918), not the actual year of birth (1912).

Shortly after her death, a street in the city of Barahona, Montez's birthplace, was named in her honor.

In 1976, Margarita Vicens de Morales publishes a series of articles in the Dominican newspaper Listín Diario, in its magazine called Suplemento, where she presented the results of the research she was carrying out in order to get to the real life story of Montez. The research culminated in 1992 with the publication of the biography Maria Montez, Su Vida. After the first edition, a second edition was published in 1994 and a third in 2004.

In 1995, Maria Montez was awarded the International Posthumous Cassandra, which was received by her daughter, Tina Aumont.

In 1996, the city of Barahona opened the Aeropuerto Internacional María Montez (María Montez International Airport) in her honor.

The American underground filmmaker Jack Smith idolized Montez as an icon of camp style. He wrote an aesthetic manifesto titled "The Perfect Filmic Appositeness of Maria Montez", and made elaborate homages to her movies in his own films, including the notorious Flaming Creatures.

jomi05 posted a image 6 months ago

Campagnola voted for 14 images [View All] 7 months, 3 weeks ago

Campagnola posted a image 8 months ago

Kandi voted for an image 8 months, 1 week ago

Campagnola posted a image 1 year ago

Campagnola voted for 11 images [View All] 1 year, 4 months ago

Look Left voted for an image 1 year, 4 months ago

rickterenzi voted for an image 1 year, 10 months ago