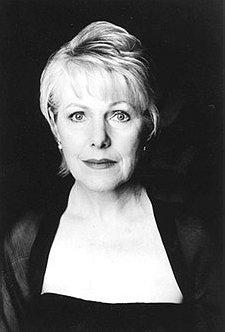 89 votes
Actresses who deserves the Oscar (Since 70s) (46 items)
list by xolmis
Published 7 years, 10 months ago

A member of the Redgrave family of actors, Lynn trained in London before making her theatrical debut in 1962. By the mid-1960s, she had appeared in several films, including Tom Jones (1963) and Georgy Girl (1966), which won her a New York Film Critics Award, a Golden Globe Award for Best Actress in a Musical/Comedy, as well as earning her a nomination for the Academy Award for Best Actress.

She made her Broadway debut in 1967, and performed in several stage productions in New York City while making frequent returns to London's West End. Redgrave performed with her sister Vanessa in Three Sisters in London, and in the title role of Baby Jane Hudson in a television production of What Ever Happened to Baby Jane? in 1991.

3. Everything You Always Wanted to Know About Sex * But Were Afraid to Ask (1973)

Agent Kermit D. Fonz added this to a list 1 month, 3 weeks ago
Gone, but not forgotten (1495 person items)

SwtChaos added this to a list 3 years, 11 months ago

kathy voted for an image 5 years, 6 months ago

Stehako added this to a list 5 years, 7 months ago

chloe51 posted a comment on this image 5 years, 10 months ago

jazzybop voted for 11 images [View All] 6 years ago

jazzybop voted for an image 6 years, 1 month ago

Dark Warrior added this to a list 6 years, 2 months ago