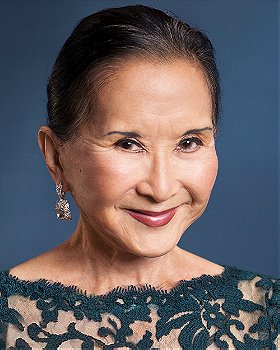 In 1969, she starred in Coronation Street playing the role of Billy Walker's girlfriend, and suffered racist abuse from his mother Annie Walker; she soon broke up with him. This is the first time racist abuse was felt in the show.

She held a minor role in The Prisoner as the flower girl in the episode A. B. and C..

Soong has also acted in the 2003 remake of Freaky Friday as Pei-Pei's mom. Other credits include Genghis Khan, The Joy Luck Club, The Corruptor, Chasing Destiny and Nine Dead. Soong currently portrays Grandma Huang on the ABC show Fresh Off the Boat. ... (more) (less)
Tags: Actress (1)
My tags: