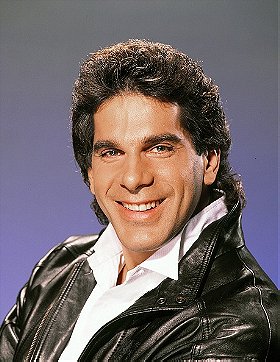 38 votes
The Trivia of: The Avengers (10 items)
list by brawljeff
Published 8 years, 4 months ago 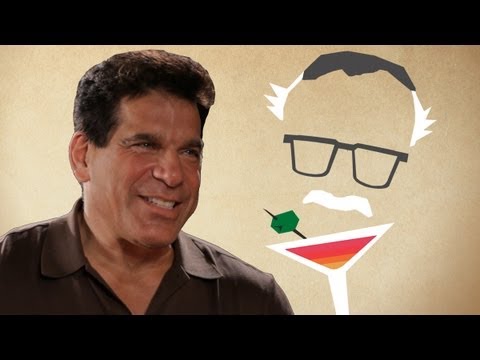 He also played professional football in the Canadian Football League, before coming to the attention of producer Kenneth Johnson, who was seeking just the right person to portray on screen the comic book superhero, The Incredible Hulk. With his 6' 5", 285 lb. frame, Lou was the biggest professional bodybuilder of the time, and had recently starred in the documentary Pumping Iron (1977), about the 1975 Mr. Olympia contest in South Africa. He successfully auditioned for the part of the green-skinned Goliath, and that is the role with which he is most closely identified.

"The Hulk" was a huge ratings success and spawned several telemovies after the initial TV series completed its run. Lou continued to remain busy in films and TV with appearances often centered around his remarkable physique. His films included Hercules (1983), Sinbad of the Seven Seas (1989) and Frogtown II (1992). Lou has additionally guest-starred on several TV shows including "The Fall Guy" (1981) and "The New Mike Hammer" (1984) and had a recurring role on "The King of Queens" (1998). In 1997 he was featured in the dynamic documentary about his sensational return to professional bodybuilding at age 43, Stand Tall (1997). The film detailed how he returned to compete in the Masters category of the Mr. Olympia contest against several familiar bodybuilding foes. In more recent years, he has appeared in several films, including The Misery Brothers (1995), Ping! (2000), From Heaven to Hell (2002) and a cameo as a security guard in the big-budget remake of Hulk (2003).

Big Lou is also a successful author with two books detailing his bodybuilding knowledge, and his life behind the scenes playing the Incredible Hulk on TV in the 1970s, plus he has a popular website frequented by his many fans worldwide.

The youngest bodybuilder ever to hold the "Mr. Universe" title (age 20).

His parents, Matty Ferrigno and Victoria Ferrigno, appeared with him in the documentary Pumping Iron (1977).

In the late '80s he decided to tone down his massive body so that people would be more likely to see him as a person and not just as his "monster" alter ego "The Hulk".

There was supposed to be another TV movie after The Death of the Incredible Hulk (1990) (TV) showing the Hulk's return, but the death of Lou's co-star Bill Bixby ended that possibility.

Declares "The Incredible Hulk" (1978) episode "King of the Beach" (in which he played a bodybuilder, in addition to the Hulk) his favorite episode of the series.

Stated that his father was very critical of and negative towards him when he was growing up due to his hearing disability. Though Lou respected his father, he was very hurt when his father expressed his belief that Lou would never achieve success.

Was originally cast as 'Tigris of Gaul' in Gladiator (2000), but was replaced during production by Sven-Ole Thorsen who had been trying hard for over a year to get the part.

Beat out Arnold Schwarzenegger for the role of the Hulk on the TV series "The Incredible Hulk" (1978). Ferrigno won reportedly because Arnold, at 6' 2", was deemed not tall enough, while Lou was 6' 5".

Has appeared in four different adaptations of "The Incredible Hulk". The first was the live-action television series of the late 1970s and early 1980s ("The Incredible Hulk" (1978)), in which he played the Hulk--and does not speak. In the 1990s he played the role again in an animated series for the UPN network, "The Incredible Hulk" (1996) -- this time providing the creature's voice. In Ang Lee's 2003 film Hulk (2003) the Hulk is computer-generated, so Lou plays a completely different part - that of a security guard (along with Stan Lee) at the lab where Bruce Banner works. In the 2008 film The Incredible Hulk (2008), he plays a security guard again, this time one who allows Bruce Banner to enter with a pizza -- and also, once again, voices the Hulk.

2/11/06: He was sworn in as a Los Angeles County Reserve Deputy Sheriff. He will serve for at least 20 hours each month. His duties will include helping recruit new deputies and working with the sheriff's Youth Activities League and the Special Victims Bureau.

He stood 6' 5" and he was the tallest professional body builder of the 1970s.

In his book "My Incredible Life As The Hulk", he stated that he has never been compensated for any merchandising related to "The Incredible Hulk" (1978) TV series. He said it was because no such deals existed for him during the show's prime-time run.

In October 1981 he was in Egypt, scheduled to be one of Egyptian President Anwar Sadat's personal guests at a public event. However, at the last minute Sadat canceled his appearance. A few days later Muslim fundamentalists killed Sadat, along with 12 others, at an annual military parade. It was later discovered that Sadat's killers had originally planned to assassinate him at the event where Ferrigno would have been seated next to him. Ferrigno believes that he would have been killed along with Sadat if Sadat had not canceled his appearance.

Best known by the public for his starring role as "The Incredible Hulk" (1978).

Although Lou played "The Hulk" in the TV series, the growls and snarls heard in it aren't his. They were made by actor Ted Cassidy (Lurch in "The Addams Family" (1964)) until 1979 (first two seasons). Then, after Cassidy's death in that year, the Hulk was voiced by actor Charles Napier for the remaining three seasons and the three movies made in later years.

4. Purge of Kingdoms: The Unauthorized Game of Thrones Parody

lalabellexoxo added this to a list 3 years, 3 months ago
Babes Of Marvel (78 person items)

lalabellexoxo added this to a list 3 years, 3 months ago
My Hottest Men In Entertainment List 2016 (373 person items)

nehocb added this to a list 5 years, 4 months ago

"Former body builder and actor who played ‘The Hulk’ Lou spoke well of the man who fired him on celebrity apprentice, “I wish Donald the best. He’s a fabulous guy. I hope he goes all the way. … He cares about our country and keeping our country safe.”"

Kandi voted for 6 images [View All] 5 years, 5 months ago