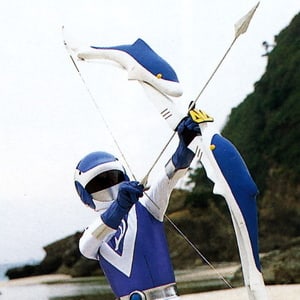 Megumi may not have contributed much to to the show (she is honestly barely a character), but if there's one thing she did it's giving girls back the color blue. And not a lighter "feminine" shade either. Actual blue!
jenndubya's rating: 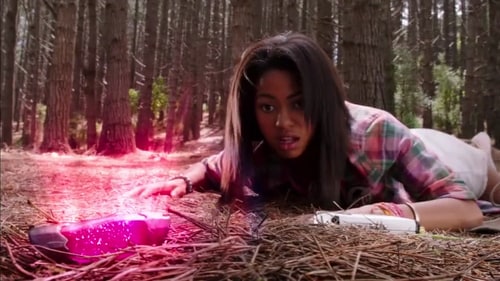 The first black woman to portray a Pink Ranger.

Now normally I would not pull the race card in a top ten, because Power Rangers has always prided itself on being diverse, but the fans had been waiting OVER TWENTY YEARS for this to happen. Plus, there was a bit of controversy on the previous series where a girl who auditioned for Pink made claims that they rejected her because the show had already met their quota on black people.
jenndubya's rating: 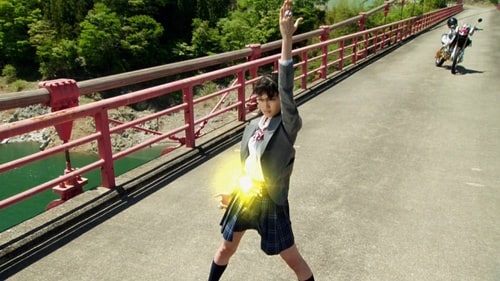 Now I'm not the most knowledgeable Kamen Rider fan, as Wizard was my first, but the one thing about it that I kept hearing was that the female Rider - if there is one - always dies. So color me surprised when I start watching the current series and the female Rider not only survives, but is part of the triangle of heroes that usually consists of Main Rider, Foil Rider and Wildcard Rider.
Mayu is like the Necrom to Takeru's Ghost or the Ryugen to Kouta's Gaim, the character that is usually the most interesting of the trio, and Wizard gives the position to a girl.
jenndubya's rating: 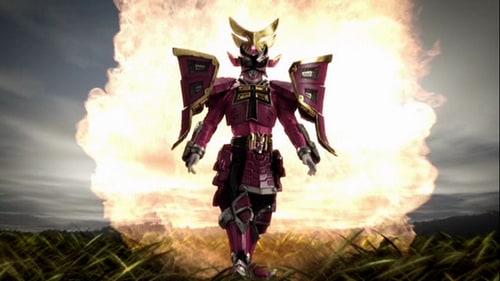 The first non-Red Ranger to ever use a Battlizer. And to put it into perspective, the Battlizer concept was introduced in 1998. Mia got to use Shogun Mode in 2012.

To anyone that says "but Lightspeed Blue and Green each got one," no they didn't. That was more screwing the girls out of a team power-up, whereas Samurai is the first season to let the Red Ranger share his super special toy. And the first person he shares it with is the PINK Ranger!

Also, anyone that says "but Sky used the Battlizer" gets kicked in the shins because he was in the Red Ranger suit when he used it.
jenndubya's rating: 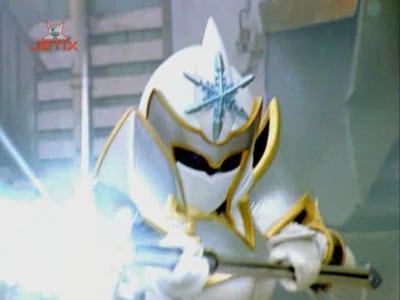 The first female mentor that also moonlights as a Ranger herself.

Udonna is an active mentor, and an older woman, but also kicks butt in battle as the original Mystic Ranger. In fact, she is the only female mentor of a Ranger team to also fight alongside them.
jenndubya's rating: 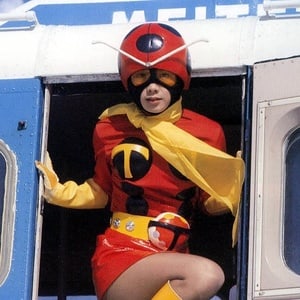 While April 5, 1975 was the debut of the Super Sentai franchise with Gorenger, the very same day saw an already established, male-dominated superhero franchise get it's very first heroine.

Tackle may not be an official Kamen Rider, and I may not be all that familiar with the character outside of the hilariously stereotyped characters from the various net movies, but you go girl.
Rate:
Rated 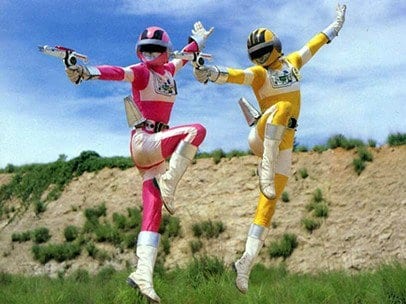 The first non-Pink heroine and the pioneer to Super Sentai teams having two women at a time.

Now I'm not too familiar with Bioman but, like Kamen Rider's Tackle, she's too big of a milestone to just leave out.
Rate:
Rated 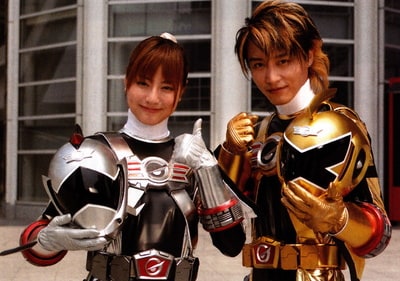 The first female Sixth Ranger, and the only female to be made a main character after a late introduction. (Along with her American counterpart.)

While the idea of an additional female was toyed with in Dekaranger and Magiranger, Go-onger decided to bite the bullet and finally give a girl the normal Sixth Ranger treatment. Yes, she was part of a duo with her brother, but they were both treated as equals. Miu received every single perk that Hiroto got and then some.

Seasons since like Kyouryuuger have again toyed with this formula, but none at the level that Go-onger raised the bar to.
jenndubya's rating: 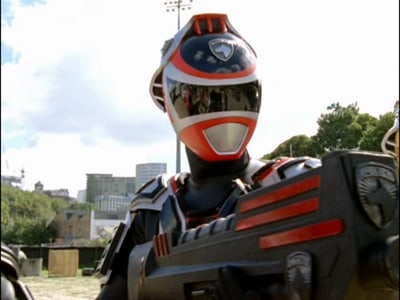 The first ever female Red Ranger.

Don't you ever undermine how important Charlie is as a character. The powers that be threatened Power Rangers' executive producer Greg Aronowitz when he asked if Red could be a girl. Greg risked his job, and possibly the future of the Power Rangers franchise, when he created A-Squad to sneak her into the show. (Luckily he did eventually get an okay, but Gina Varela had already been cast, and her vocals had already been recorded - albeit heavily modified.)
jenndubya's rating: 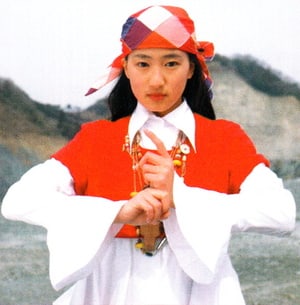 Tsuruhime is our first female leader, and the Red Ranger does not swoop in and steal her glory. While yes, Sasuke does get certain Red Ranger perks, but it's more that they see each other as equals. He doesn't overshadow her and still defers to Tsuruhime when necessary.

Also, the main story, and pretty much the only hero's story, is her story. Say what you want about the female leaders that succeeded her, but none of their stories were the default ones. In Super Sentai or Power Rangers. (Except for MAYBE Timeranger, but that was a bunch of stories running concurrently.)
jenndubya's rating:

Custom
While there are a lot of great female characters, these are my top ten women in tokusatsu shows that changed the mold for females in their genre.

I decided to make this is a top ten because, if it wasn't, I'd just end up listing pretty much every girl in toku ever and the list would start to lose it's meaning.

If I left out your favorite game changer, I'm sorry. These are just the characters that I feel made the most impact to the way the show is run and I can't be familiar with everyone.