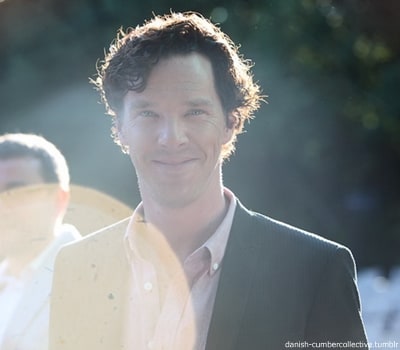 (Picture from Greece. Edited by H./danish-cumbercollective.tumblr)

Benshine
Made out of “Benedict” and “sunshine” because he brings sunshine. 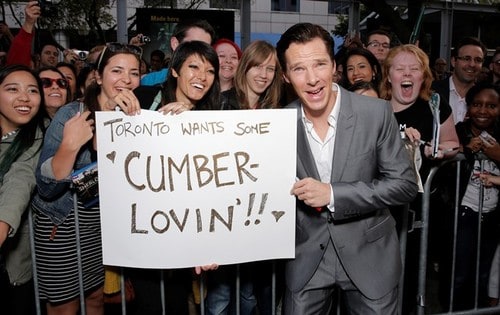 Cumbercollective
That’s what he calls his fans who are always ready to support any charity in behalf of Benedict. It is rumoured that he has no idea that he’s inspiring a whole fandom to e.g. write, read, act or paint. But at least he finally knows about the lovely Cumbercupcakes. 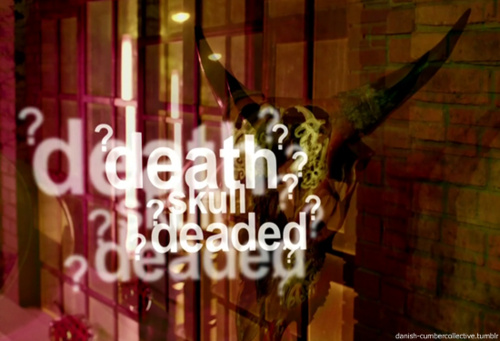 (screen cap from TSoT, made and edited by H./danish-cumbercollective.tumblr)

Deaded
This new word entered the consciousness of the Cumbercollective (see above) with the episode “The Sign of Three”. Whereas the drunken Sherlock isn't able to deduce correctly, fans use “deaded” to describe Benedict when there are no other words left. 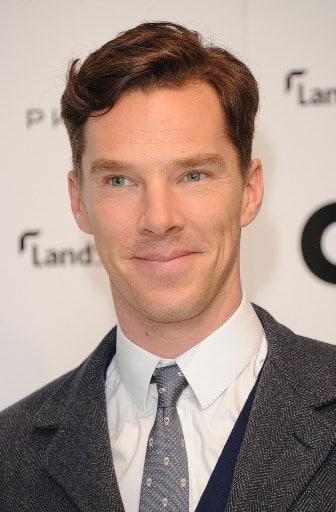 Errant Curl
No matter how hard he tries to have nice, straight hair, there’s always one curl doing exactly the opposite and it’s so cute and sexy. 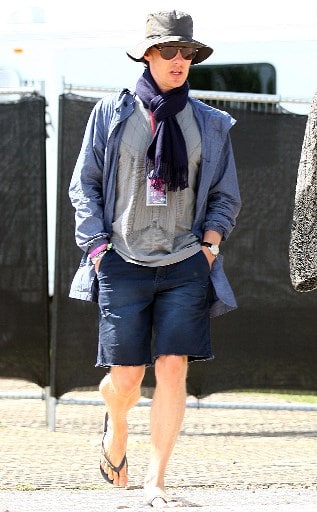 Flipflops
You do think that flip flops are the last shoes looking sexy? It always depends on the man wearing it! Remember: they are even more sexy if they are accompanied by a scarf 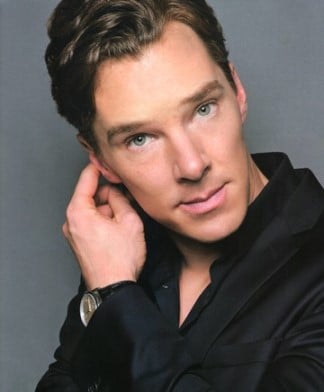 Gorgeous
Because he’s just gorgeous, no explanation needed at all. 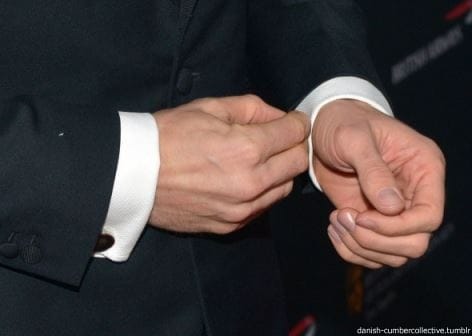 Hands
Because of his gorgeous hands and long slim fingers. They have generated many pictures, gifs and fantasies in the Cumbercollective. 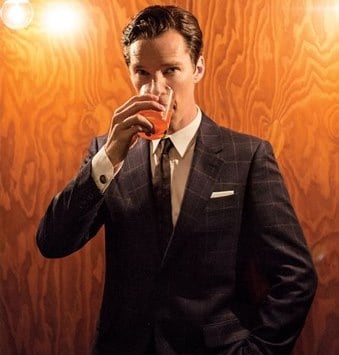 Irresistible
You might find him odd at first, but when you get under his spell, he’s totally irresistible and you don’t want to have it any other way. Your drawn like moth to a flame.

Just Benedict
A hashtag that describes Benedict in one word - brilliant, gorgeous, cute, well mannered, polite, humble… every adjective you can think of.

(screen cap from NTA’s made and edited by H./danish-cumbercollective.tumblr)

Kiss
As in Cumber-kisses/blow kisses, he often blows kisses and brings his fandom to it’s knees. He even gives a X (kiss) with his autograph. 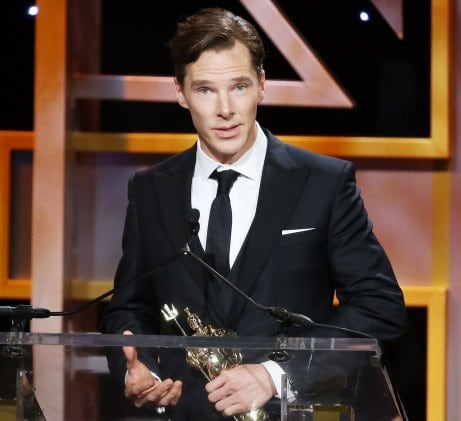 Lips
You only recognize his adorable lips if you have recovered from his deep, soft voice. And honestly: Who thinks that this is failure when it comes to this man? 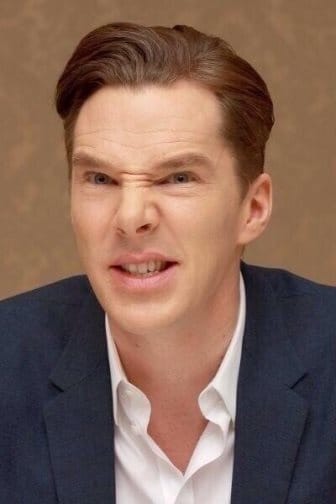 (This is an edit from a collection of Otter/B pics, edited by H./danish-cumbercollective.tumblr)

Otter
You think you can’t compare a man with an animal? Think twice, search the web for otter pics and learn what “meme” means. 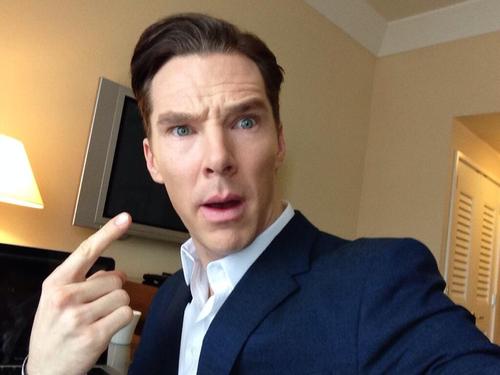 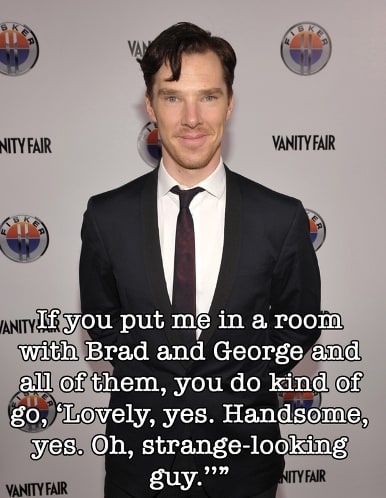 Quotable
Benedict is unstoppable during interviews and always manage to say a lot in a very short amount of time. That have generated a lot of quotes, serious ones where he talks about why he has almost died - but also really quirky and funny quotes or just really sweet ones.. We all know he’s definitely not right in the one we’ve posted here.

(Screen cap or gif from TEH, made and edited by H./danish-cumbercollective.tumblr)

Ruffle
As in hair ruffle, something that is very hot, especially when he has his “Sherlock”-curls. Seen several times in Sherlock Season 3. 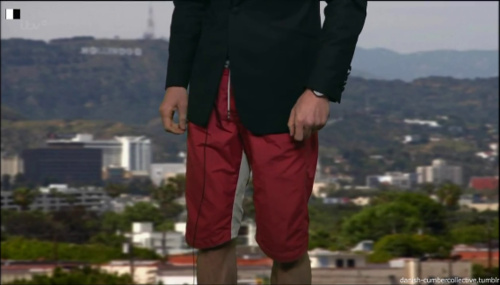 (Screen cap from NTA’s, made and edited by H./danish-cumbercollective.tumblr)

Shorts
Think of all the adorkable pictures you’ve seen of Benedict in shorts, or the hot picture of him coming out of the water in his blue shorts with birds on (a.k.a. WetBatch). Better yet, the red shorts he showed the entire world on NTA January 22nd 2014 and caused the entire fandom to melt and twitter/tumblr to break down! 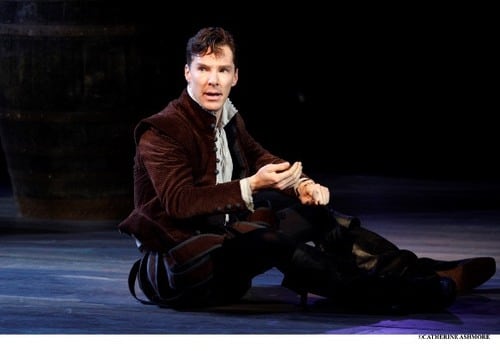 Theater
Benedict is a trained theater actor from University of Manchester and LAMDA. He has done various plays, incl. Frankenstein with Jonny Lee Miller (both as the creature and Dr. Frankenstein) and in the autumn 2014 he’s on stage as Hamlet in William Shakespeare’s “Hamlet”. His training also come into use in radio plays and narrating audiobooks and documentary series. 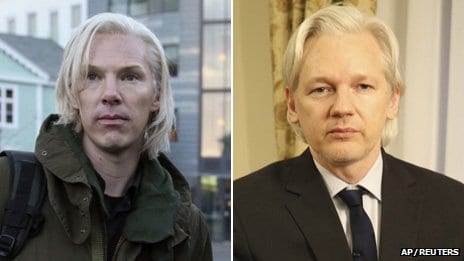 Unique
His way of transforming, disappearing and getting into a character is very unique. He doesn't do a character halfheartedly, whether it’s a small part like Little Charles in “August: Osage County” or as a main character like Julian Assange in “The Fifth Estate”. 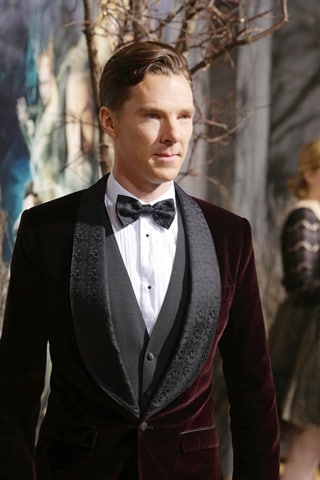 Velvet
First this material hit the world’s screen at the international Hobbit premiere in Los Angeles - in the form of Benedict’s red velvet suit, fitting perfectly with the colour of the dragon Smaug. And Cumbercollective (see above) created a new word: VelvetBatch.
Load more items (6 more in this list)
This is the Cumber-bet, made out of “Cumberbatch” and “alphabet”. A long conversation between a bunch of 7 ladies from the Cumbercollective on Twitter - no one mentioned, no one forgotten - gave the sparkle to the idea of making a list to explain the phenomenon Benedict Cumberbatch. It’s all fun and games, not to be taken seriously at all. We just had a great laugh doing it and wanted to share it with all of you.

@hla72 (danish-cumbercollective.tumblr) and @DieBedra (diebedra.blogspot) tried to collect the thoughts and bring them to life - this is the result.
Disclaimer:Credit to them for making this list on tumblr I just thought it would be a nice and fun addition to have it here as well.

Movies I watched - January 2015 by mrhoundoom

Watched In November 2014 by rona sweetlove

My Favorite TV Characters by Mimi

2014 Movies that I want to watch by JPHOLT

My favorite TV-Shows by IsabellaSilentRose