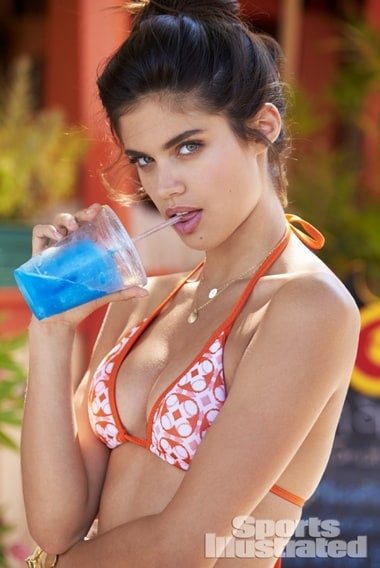 I absolutely loved Sara's pictures for this. Seriously, I don't think there are any that I've looked at and thought I didn't like or it doesn't work for me. So, yeah, she was my favorite one out of the bunch. 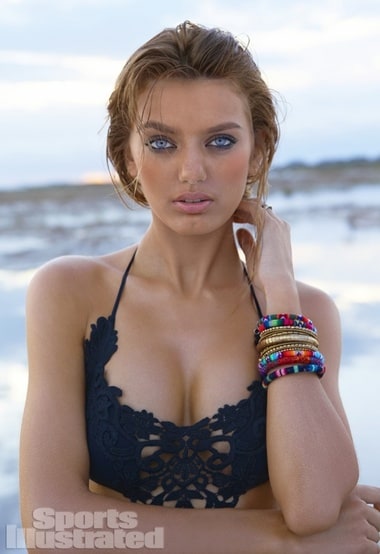 Bregje's eyes got me. She's got such an intensity to them it's hard not to be caught staring, and I think it's pretty amazing when a model can do something like that. 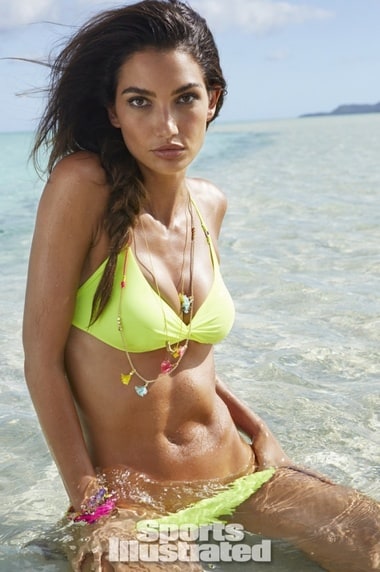 If you know me, you know I don't generally like Lily, so, the fact that she was actually one of my favorites of the bunch says a lot. I think her SI shots have been intense in a way her VS ones have never been. 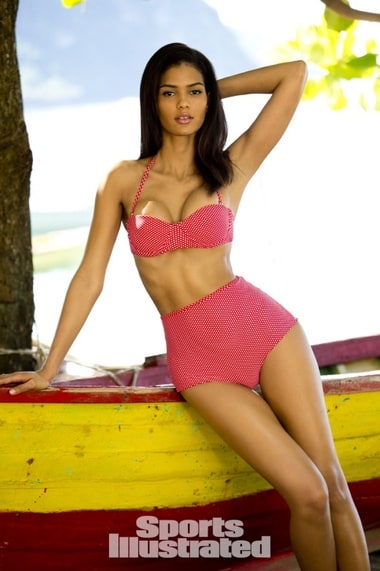 Cris kinda surprised me here, since I wasn't expecting it. I thought she looked quite classy, and I loved the color choices for her. Really liked her. 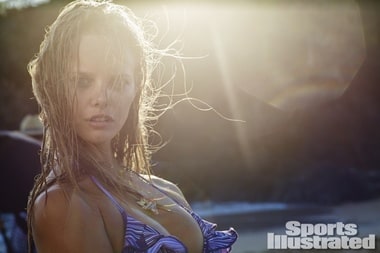 I'm suspicious when it comes to talking about Marloes since, well, I love her, but I guess since I'm used to seeing her doing such beautiful things that when it came to her SI shots it came out a bit weak. And, I didn't really like the pictures in which she's smiling. On the other ones it seems like she's got the same face in a lot of them. But, Marloes is still my baby and I'll find a way to like what she's done. 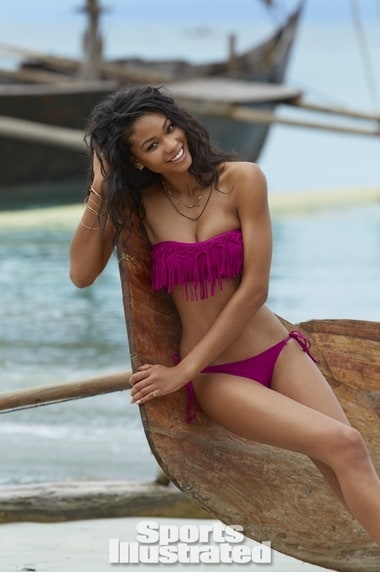 Wasn't such a fan of this... Chanel's body looks great, but there's just something about this shoot for her that I don't buy. 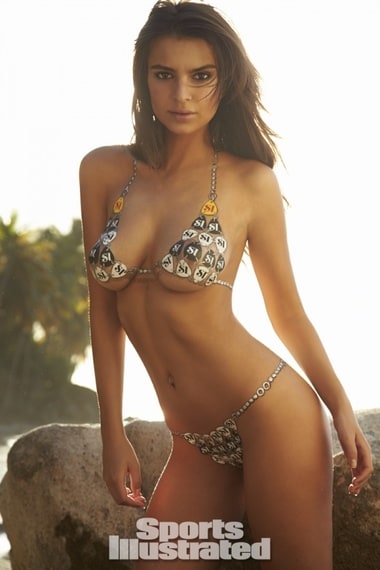 Overall I dislike Emily. She may have a very nice body, but, there's still something that throws me off about her. I think it's in her face. I found the body paint slightly better in her case, but, some of the pictures really aren't all that flattering. Just, my opinion. 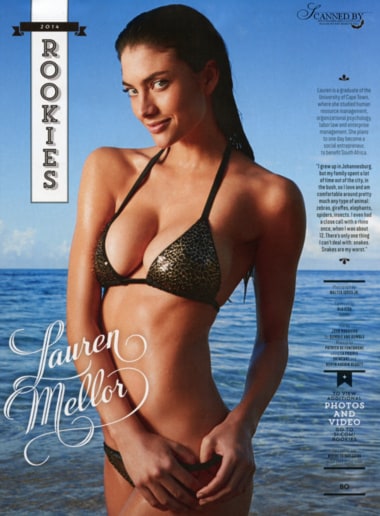 Ladies and gentlemen, seems like we found a Kate Upton number 2! And, no, that's not a compliment. At least she's got less boobs than Kate U, but, still, no waist. There are about 3 pictures in which I thought she looked nice. This one included. Also, not fond of the body paint for her. 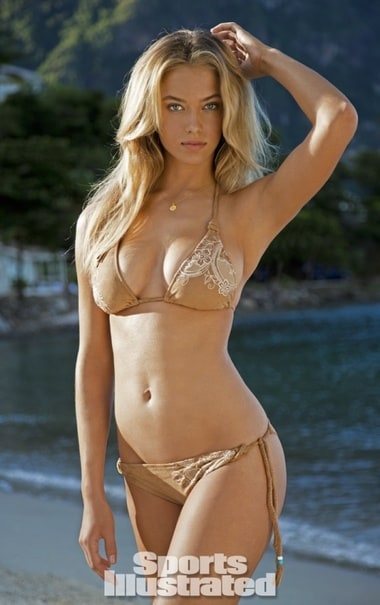 Hannah Ferguson: Great body, had some interesting things going on, but she doesn't seem to give a whole lot of variety... 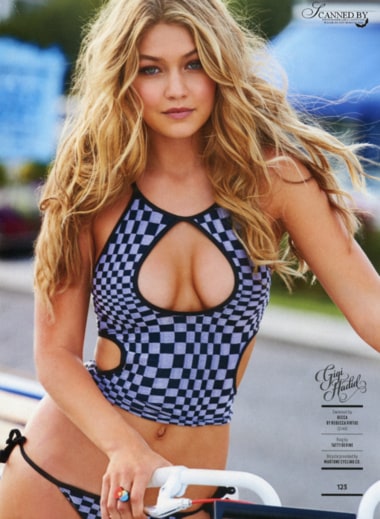 Gigi Hadid: Am I the only one who thinks she looks old? When I saw how old she is I sincerely couldn't believe it. Her face is either of an 80's singer or Fergie, not entirely certain, but I'll tell you about it once I am. And, there are about 2 pictures I've actually looked and thought "hey, this is nice". 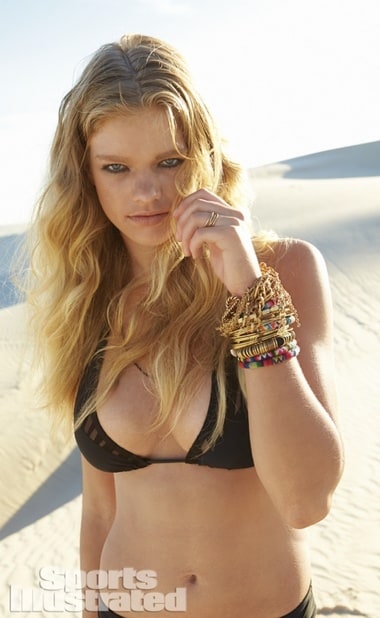 Valerie van der Graaf: She mostly has the same face going on in all of the pictures. Other than that, there's one picture I've looked at and thought her face looked nice. On the others it's either like she's feeling uncomfortable or trying too hard.
This list rank from my favorite to my least favorite Rookie of the aforementioned edition.


NOTE: This is my opinion, feel free to express yours as long as you're respectful.

My favourites VS models by Fleur

The Gorgeous Sara Sampaio by FunnyGuy

Sara Sampaio III [VS] by WendyLorene

bar refaeli for vs, complete. by Maggie

Lily Aldridge VS 2014 I *complete* by JaimeLeah

Lindsay Ellingson for VS by brazilfashion

Karlie Kloss VS 2014 by JaimeLeah