Players try to toss a penny into an empty paint can. If you miss your shot, you drink. If you make it in, you get to yell "Penny Can!" and everyone else drinks.

In and out shots get a "Stache-Attack!" allowing another player to draw a mustache on your face. If you have a real mustache or someone already drew one on your face, then you get "Crazy Brow" and still have to drink.

If you get a rimshot, the person following you gets to flick your ear. 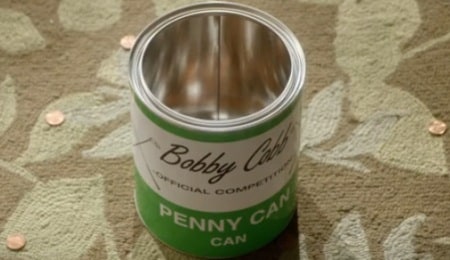 One player hides a saltine cracker on his person and the another player must guess where that cracker is hidden. If the guesser correctly finds the saltine, the other player reveals the cracker and the guesser wins. 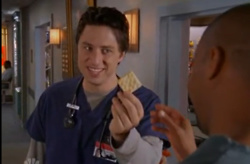 The game is played with two opposing teams for fifteen minutes (not including stoppage time) where each team must progress through three stages, each with its own set of rules. The game ends when one team completes the required number of challenges from each level. Upon their victory, the winning team gets to smash the game pieces of the losing team.

Rules include:
1. Be sure to always have a first aid kit for injury stoppage.
2. It is highly suggested that the game board be nailed down as Mac will get angry at losing and try to flip the board.
3. Cursing is not allowed in level two.
4. Asking questions is not allowed while the clock is running.
5. If a player spills her drink, her team must chug the opposing team's drinks.
6. In the event of a tie the instructions on the black card must be followed. It reads: flip a coin to determine who is victorious. 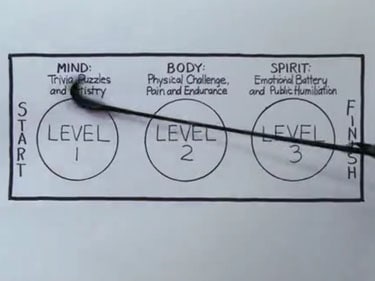 It appears to be a variant of 3D Chess, though no rules were given within the show itself. The design retained the 64 squares of a traditional chessboard, but distributed them onto separate platforms in a hierarchy of spatial levels, implying to audiences how chess evolved by the time of a 23rd century. 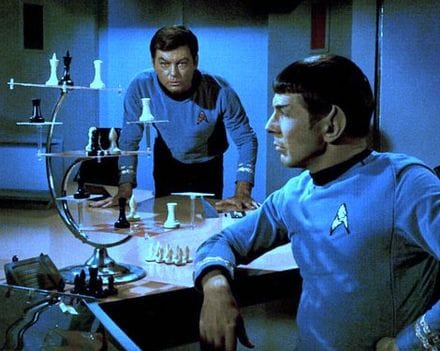 The game expands upon the traditional game, using the following rules: 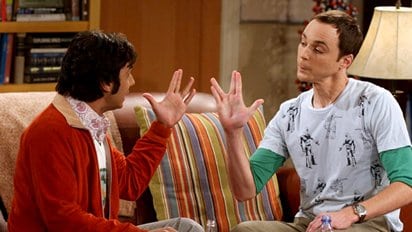 Players hit a ball on an elastic tether that is pitched to the batter. Fielders try to prevent the ball from entering small holes in the field, which score blerns. Basic rules such as the strike zone and outs seem to remain the same as their baseball counterparts. 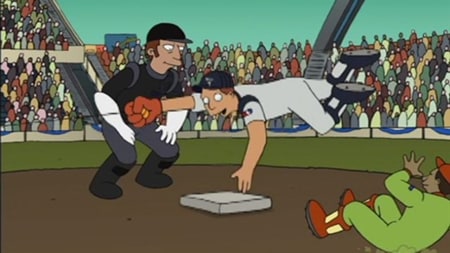 Rules are unclear for this board game. One would guess that whizzing on the electric fence is not good, though. 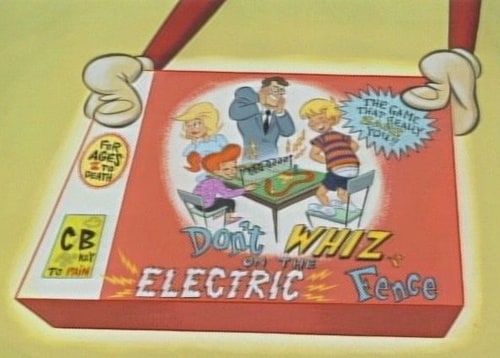 A series of office sporting events including Hate Ball (using a paper football), Who Can Put The Most M&Ms In Their Mouth? (self-explanatory), Dunderball (a ball game where one bounces a small ball over the divider that separates Toby's and Kelly's work stations), and Flonkerton (a race with full paper boxes strapped to the feet). 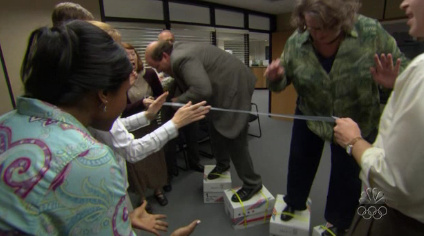 On their first day at college, Ron and Marshall play a drinking game with unspecified rules. They ask their new roommate his name and his height, the answers he gives warranting drinks by one player, the other, or both. 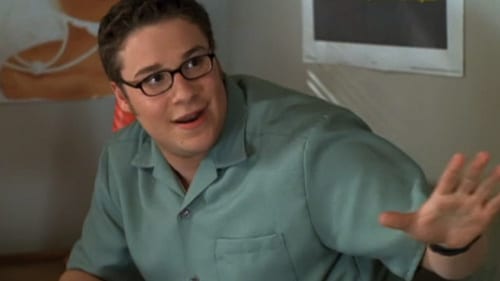 Marshgammon combines all the best elements from all the best games: Candyland, I Never, Pictionary, and Poker. From Backgammon, it ONLY borrows the name, and leaves all the other lame stuff behind. There are lots of rules, but only Marshall actually understands what's happening. The most important rule to remember is that anyone who says "what?" has to drink. 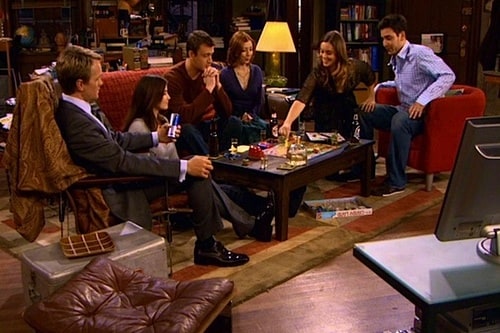 A list of unique games created by characters in TV shows.

Celebrities in Music Videos by l8t3r

The Evolution of Woody Harrelson by Ryan P.

Most Successful Movies of... Steven Soderbergh by SchwarzerAbt

Rest in peace, Legend. by Bad☆Alice

The Evolution of Leonardo DiCaprio by inoj

Refuge In Bars by Kaa

My Movies and TV Series: Listed by Genre by Hiramunda

THIS the THAT Band Names by Jason

Playing to the Audience by Jason

Siblings in a Scene by Jason