0
The Wolf's Hour - Robert R. McCammon
"It is 1944. A message from Paris warns Allied Intelligence of something big in the works, which might have serious implications for Operation Overlord. The only way to get more information from the agent in Paris, now closely watched by the Gestapo, is to send in a personal courier.
Russian émigré Michael Gallatin is picked for the job. As a master spy, he has proved he can take on formidable foes - and kill them. As a passionate lover, he attracts beautiful women. But there is one extra factor which makes Michael Gallatin a unique special agent - he is a werewolf, able to change form at will, able to assume the body of a wolf and its capacity to kill with savage, snarling fury.
In retirement since a grisly episode in North Africa, Gallatin is parachuted into occupied France, on a mission which will take him to the festering heart of the Third Reich on the scent of doomsday."

0
The Last Werewolf (2011)
"Jake Marlowe is the last werewolf. Now just over 200 years old, Jake has an insatiable appreciation for good scotch, books, and the pleasures of the flesh, with a voracious libido and a hunger for meat that drives him crazy each full moon. Although he is physically healthy, Jake has slipped into a deep existential crisis, considering taking his own life and ending a legend that has lived for thousands of years. But there are two dangerous groups--one new, one ancient--with reasons of their own for wanting Jake very much alive."

0
Dust City
"With his dad doing time for the double murder of Little Red Riding Hood and her grandmother, Henry Whelp tries to keep a low profile in Dust City—a gritty metropolis known for its black-market, mind-altering fairydust. But when he begins to suspect that his father may have been framed, Henry ventures deep into the City's underworld. There he comes face to snout with the legendary mobster Skinner and discovers what really happened to his father... as well as the horrifying truth about fairydust."

0
Cell 8
"In Ohio, 17-year-old John Frey rots on Death Row for the brutal murder of his girlfriend. The victim's father hungers for revenge, while a prison guard is torn by compassion for the young man. When Frey unexpectedly dies of heart disease before he receives his just punishment or achieves redemption, the wheels of justice grind to a halt.
Six years later, on a ferry between Finland and Sweden, a singer named John Schwarz viciously attacks a drunken lout harassing a woman, leaving the man in a coma. The Stockholm police arrest Schwarz for assault, but when Det. Ewert Grens learns that the assailant has been living in Sweden under a false identity, he suspects that something darker and more complex underlies the incident.
Following his intuition, Grens launches an investigation that spans from Sweden to the United States and reveals a startling connection between the Frey and Schwarz cases."

0
After the Golden Age (2011)
"Most people dream of having superheroes for parents, but not Celia West. The only daughter of Captain Olympus and Spark, the world's greatest champions.
She has no powers, and the most exciting thing she's ever done is win a silver medal in a high school swim meet. If she had a codename it would probably be Bait Girl, the Captive Wonder, a favorite hostage of every crime lord and villain in Commerce City.
Rejecting the legacy of her famous family, Celia has worked hard to make her own life beyond the shadow of their capes, becoming a skilled forensic accountant. But when her parents' archenemy, the Destructor, faces justice in the trial of the century, Celia is pulled back into the more-than-mortal world of Captain Olympus, and forced to confront a secret she hoped would stay buried forever."

0
Seven Wonders (Angry Robot)
"Tony Prosdocimi lives in the bustling Metropolis of San Ventura — a city gripped in fear, a city under siege by the hooded supervillain, The Cowl.
When Tony develops super-powers and acts to take down The Cowl, however, he finds that the local superhero team Seven Wonders aren’t as grateful as he assumed they’d be…"

0
Ghosts of War
"New York City is under attack by strange, skeletal machines that swoop from the sky, snatching people into the night. The Ghost has tracked the bizarre creations to a deranged military scientist who is slowly rebuilding himself as a machine.
However, his plot involves more than abductions, and he is not working alone. A cabal of senators and businessmen plan to ignite the cold war with Britain into full-blown conflict and seek to benefit from the carnage. They are building a weapon that will fracture dimensional space allowing the creatures on the other side to spill through, which they intend to use to crush the British.
The Ghost knows how deadly the creatures are and the threat they pose to the world. His efforts to end the conspiracy will bring him into an uneasy alliance with a British spy loose in Manhattan, and a drunken ex-lover who walks back into his life after mysteriously disappearing years earlier.
While suffering increasingly lucid flashbacks to WWI, the Ghost is subjected to rooftop chases, a duel with a mechanized madman, and the constant threat of airborne predators, while the fate of the world hangs in the balance. Can he derail the conspiracy and prevent the war from escalating beyond control?"

0
A Madness of Angels: Or The Resurrection of Matthew Swift... - Kate Griffin
"For Matthew Swift, today is not like any other day. It is the day on which he returns to life. Two years after his untimely death, Matthew Swift finds himself breathing once again, lying in bed in his London home.
Except that it's no longer his bed, or his home. And the last time this sorcerer was seen alive, an unknown assailant had gouged a hole so deep in his chest that his death was irrefutable...despite his body never being found.
He doesn't have long to mull over his resurrection though, or the changes that have been wrought upon him. His only concern now is vengeance. Vengeance upon his monstrous killer and vengeance upon the one who brought him back."

0
Devil's Cape (Discoveries)
"If New Orleans has earned its "Sin City" nickname for its debauchery, then its nearby sister Devil's Cape has earned its "Pirate Town" moniker for the violence and blatant corruption that have marred the city since its founding. A city where corruption and heroism walk hand-in-hand, and justice and mercy are bought and paid-for in blood, Devil's Cape is a city like no other."

0
Ex-Heroes
"Stealth. Gorgon. Regenerator. Cerberus. Zzzap. The Mighty Dragon. They were crusaders for justice, using their powers to make Los Angeles a better place. Then the plague of living death spread across the globe.
Despite the efforts of the superheroes, the police, and the military, the hungry corpses rose up and overwhelmed the nation. The population was decimated, heroes fell, and the city of angels was left a desolate wasteland like so many others.
A year later, the Mighty Dragon and his allies must set aside their quarrels and heal from their scars to protect the survivors sheltered in their film studio-turned-fortress. The heroes lead teams out to scavenge supplies, keep the peace within the walls of their home, and try to be the symbols the survivors so desperately need.
Though the ex-humans walk the streets, they are not the only threat left in the world. Across the city, another group of survivors has grown and gained power. And they are not heroes."

A Song of Ice and Fire, by George R.R. Martin 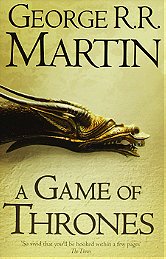 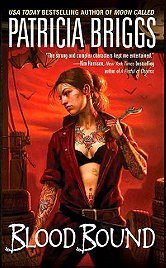 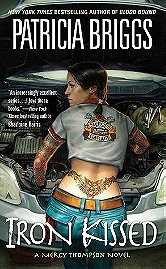 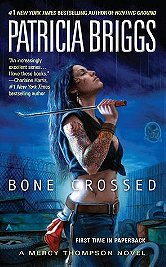 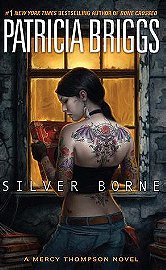 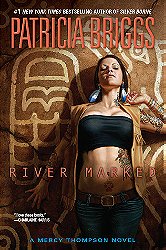 The Dresden Files, by Jim Butcher 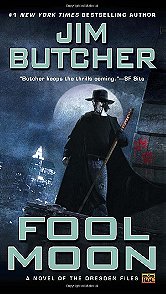 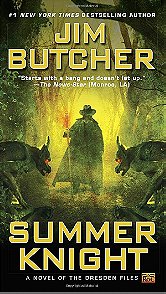 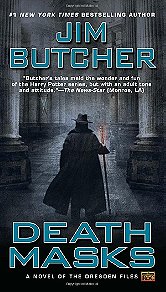 My Cloak & Dagger Playlist by Rylvan

My Fave RWBY Episodes by Rylvan