The O'Jays are an American R&B group from Canton, Ohio, formed in 1958 and originally consisting of Eddie Levert (born June 16, 1942), Walter Williams (born August 25, 1943), William Powell (January 20, 1942 – May 26, 1977), Bobby Massey and Bill Isles. The O'Jays made their first chart appearance with "Lonely Drifter" in 1963, but reached their greatest level of success once Gamble & Huff, a team of producers and songwriters, signed them to their Philadelphia International label in 1972. With Gamble & Huff, the O'Jays (now a trio after the departure of Isles and Massey) emerged at the forefront of Philadelphia soul with "Back Stabbers" (1972), and topped the Billboard Hot 100 the following year with "Love Train". Numerous other hits followed through the 1970s and into the 1980s and 1990s, and The O'Jays were inducted into the Vocal Group Hall of Fame in 2004, and The Rock and Roll Hall of Fame in 2005. 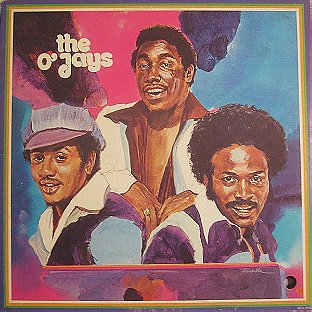 Travelin' at the Speed of Thought 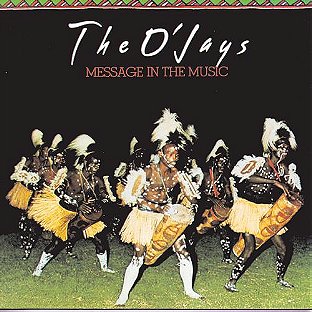 Message in the Music 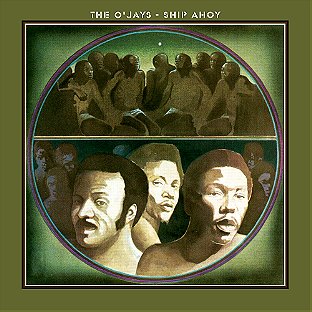 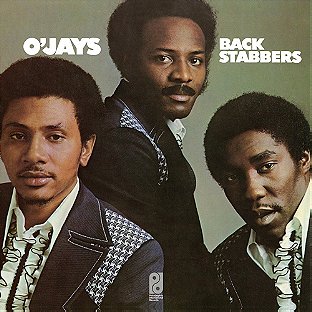 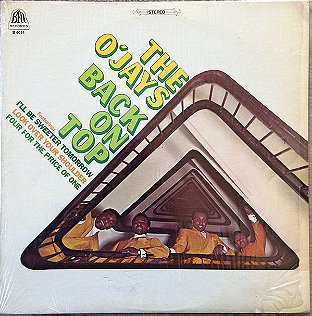 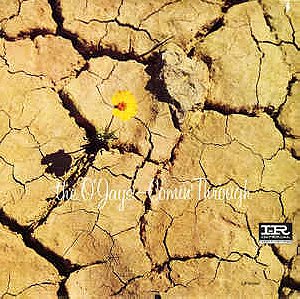 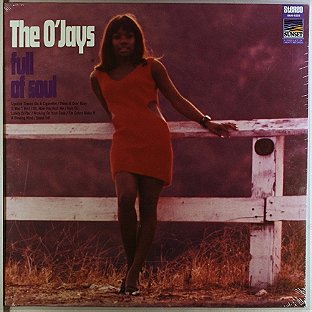 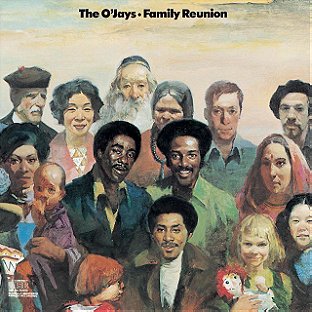 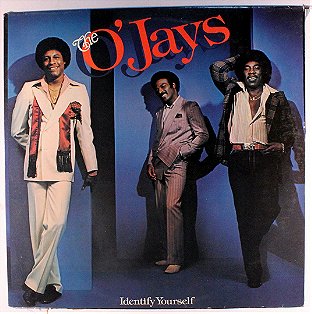 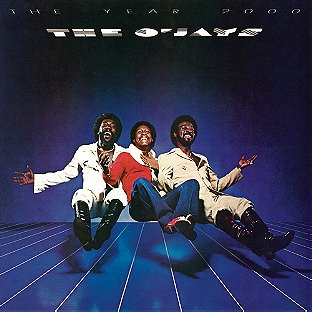 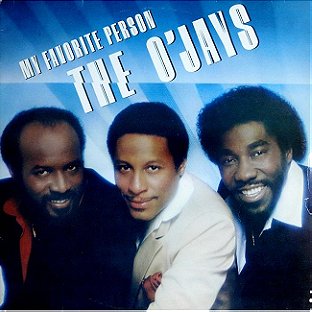 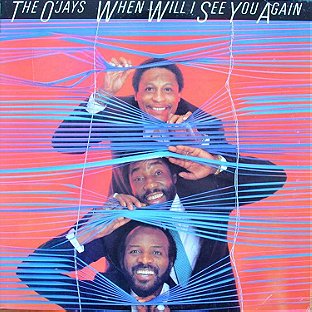 When Will I See You Again 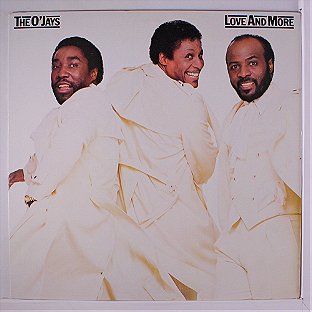 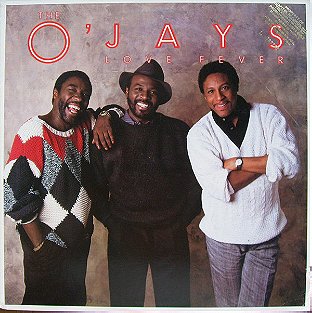 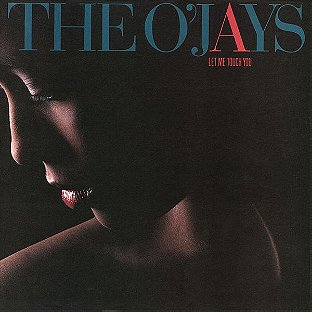 Let Me Touch You 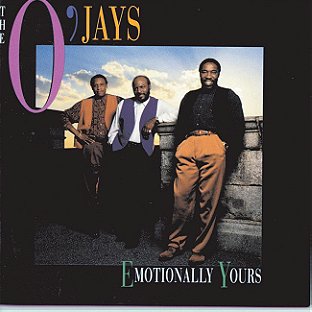 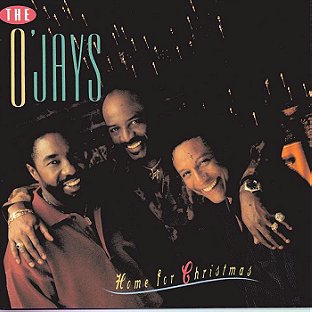 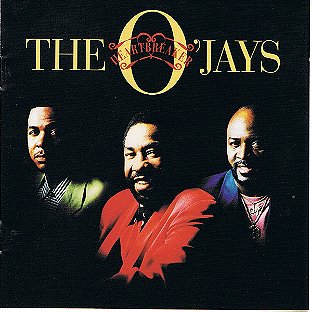 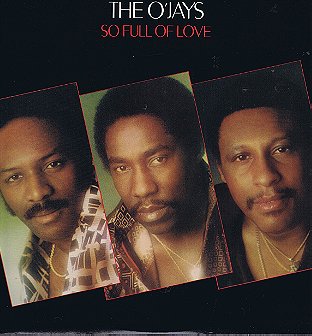 So Full Of Love

Levert was born in Birmingham, Alabama, but was raised in Canton, Ohio. While attending high school, he met buddies Walter Williams, Bill Isles, Bobby Massey, and William Powell. They were motivated to sing after seeing a performance from Frankie Lymon & the Teenagers. They formed in 1958. The O'Jays were originally known as The Triumphs and The Mascots. They were officially known as The O'Jays after they got their name from DJ Eddie O'Jay. Their first big hit was "Lonely Drifter"in 1963 which was lifted off their debut album Comin Through. The O'Jays are mainly known by their hits "Back Stabbers", "Love Train" and "For the Love of Money". Levert starred and performed in the movie (The Fighting Temptations) and performed the song "He Still Loves Me"in 2003. Levert and his group members received the BET Lifetime Achievement Award at the 2009 BET Awards. The O'Jays were inducted into the Vocal Group Hall of Fame in 2004, and The Rock and Roll Hall of Fame in 2005.[2][3]
Personal life

Before becoming famous Eddie was married to Charlie Mae Parham, who gave birth to his first child Wesley Andre Levert, Cleveland, Ohio. Charlie, wanted Eddie to get a "real" job. After he made it, he never looked back or has contacted his son since. Levert is the father of the late R&B singers Gerald Levert, who died on November 10, 2006, Sean Levert, who died on March 30, 2008, Eddie Levert Jr., CEO of Levert Entertainment Group, a Music label headquartered in Los Angeles, CA., and daughter Kadice LeVert of Cleveland (Solon), Ohio. The relationships between Eddie Sr. and Gerald became a subject of a book, I Got Your Back: A Father and Son Keep It Real about Love, Fatherhood, Family, and Friendship issued in 2007 (ISBN 0767927443, ISBN 0-7679-2760-5). LeVert is the third cousin of former Michigan basketball star and current Brooklyn Nets player, Caris LeVert.[4]

I Still Have It

LeVert was an American R&B/Pop vocal group from Cleveland, Ohio. Formed in 1983, LeVert was composed of Sean and Gerald Levert---sons of Eddie Levert, founder and lead singer of R&B/Soul vocal group O'Jays---and Marc Gordon.[1]
The group released their first single, "I'm Still", for Harry Coombes's Tempre label.[1] In 1985, they released their debut album, I Get Hot, which included tracks whose vocals drew strong comparisons to Sean and Gerald Levert's father Eddie. Bloodline followed in 1986, and this album included the band's first big R&B hit "(Pop, Pop, Pop, Pop) Goes My Mind", a track that went all the way to Number One. However, the band's next album, 1987's The Big Throwdown became an even bigger success, on the strength of the Number One R&B hit "Casanova", which gave them a crossover hit on the pop chart (number 5) and also a UK Top 10. A pair of additional R&B Top Five singles were also released from this album: "My Forever Love" and "Sweet Sensation". The band's success continued with their 1988 follow-up album Just Coolin', which was nominated for Best R&B/Urban Contemporary Album for the 1989 Soul Train Music Awards. Both The Big Throwdown and Just Coolin' received gold certification. Beginning in the 1990s, Gerald began dividing his time between LeVert, and his solo career, but the band went on to release three more albums, and Rhino Records released a greatest hits album in 2001.

Gerald died of a heart attack due to an accidental overdose of prescription drugs in November 2006.[2][3] Sean Levert died in March 2008, while serving time in the Cuyahoga County Jail for failing to pay child support.[4][5] 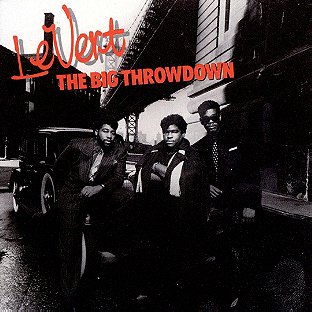 Sean Edward Levert (September 28, 1968 – March 30, 2008)[1] was an American singer–songwriter and actor. Levert is best known as a member of the R&B vocal group LeVert. Levert was the son of O'Jays lead singer Eddie Levert and younger brother of singer Gerald Levert.
Sean Levert was born in Cleveland, Ohio[1] and was the son of Eddie Levert, the lead singer of The O'Jays.[2] He formed the trio LeVert with older brother Gerald Levert and childhood friend Marc Gordon; together they scored several smash hits on the U.S. R&B charts in the 1980s and early 1990s. In 1995, Sean launched a solo career with the album The Other Side on Atlantic Records, which peaked at #22 on the US Billboard R&B chart and #146 on the Billboard Hot 100.[3] The album yielded the charting singles "Put Your Body Where Your Mouth Is" (U.S. R&B #40) and "Same One" (U.S. R&B #57) that same year.[4] Sean and Gerald Levert appeared in the film New Jack City (1991);[5] Sean also played a part in the direct-to-video Dope Case Pending (2000).[6]
Levert was married to Angela Lowe, and had six children: Shareaun Woods, Keith Potts, Sean Levert Jr., Breoni Levert, Brandon Levert, and Chad Levert. His father is the third cousin of Michigan basketball star, Caris LeVert.[7] In 2008, Levert was sentenced to a 22–month prison sentence for failing to pay child support for three of his children, then aged 11, 15, and 17.[2][8]
Levert became ill while incarcerated in the Cuyahoga County Correctional Facility, prior to his transfer to a state prison, reporting high blood pressure and hallucinations; he died six days after being admitted to the jail, on March 30. The Cuyahoga County coroner ruled in May that his death was caused by complications from sarcoidosis. The official Coroner's report also noted issues of high blood pressure, heart disease, diabetes, and withdrawal from Xanax; He was 39 years old. In 2010, his widow was awarded $4,000,000 as a result of lawsuit filed against Cuyahoga County.[9]

Gerald Edward Levert (July 13, 1966 – November 10, 2006) was an American singer–songwriter, producer and actor. Levert is best known for singing with his brother, Sean Levert, and friend Marc Gordon of the vocal group LeVert. Levert was also a member of LSG, a supergroup comprising Keith Sweat, Johnny Gill, and himself. Levert is the son of Eddie Levert, who is the lead singer of the R&B/Soul vocal group The O'Jays.
Levert was born to The O'Jays frontman Eddie Levert and his wife Martha in Philadelphia on July 13, 1966. Levert grew up in Shaker Heights, Ohio, a suburb of Cleveland, and was friends with his neighbor, record producer / songwriter Joe Solo (Macy Gray, Erykah Badu Fergie.)

Due to his father's career, Levert would travel with the band regularly. While in high school, Levert's inclination towards music became apparent when he formed the trio LeVert, with his younger brother Sean Levert (September 28, 1968 – March 30, 2008) and friend Marc Gordon in 1983. Four of the group's seven albums went gold.
On November 10, 2006, Gerald Levert was found dead in his bed at his Cleveland, Ohio home when his cousin tried to wake him.[4] Initial reports stated that Levert had died of an apparent heart attack.[5] In February 2007, an autopsy report conducted by the Cuyahoga County coroner's office concluded that Levert's death was caused by a fatal combination of prescription narcotics and over-the-counter drugs. The drugs in his bloodstream included the narcotic pain relievers Vicodin, Percocet, and Darvocet, along with anxiety medication Xanax and two over-the-counter antihistamines. The autopsy also revealed that Levert had pneumonia. The official cause of death was acute intoxication, and the death was ruled accidental. Gerald Levert was only 40 years old.[6] Following the disclosure of Gerald Levert's cause of death, a family spokesman stated that all the drugs found in Levert's bloodstream were prescribed to the singer. Levert was taking the pain medication because of chronic pain from a lingering shoulder problem and surgery in 2005 to repair a severed Achilles tendon.[6]
Cover for Levert's final album, In My Songs, released after his death

Shortly before his death, Levert completed work on what would be his final album, In My Songs. The album was released on February 13, 2007.[7] In June 2007, a book Gerald was working to complete entitled, I Got Your Back: A Father and Son Keep it Real About Love, Fatherhood, Family, and Friendship, was released. The book was initially planned as a tie-in for a Levert album of the same name. I Got Your Back explores Gerald and Eddie’s father/son relationship, the necessity of male bonding, and importance of repairing fractured families.[8] Levert was also working on a reality show in which he was losing weight along with 12 of his female fans, who were training with him at his palatial home.[9]

Do I Speak for the World 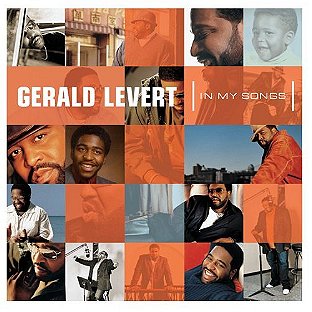 Something To Talk About

LSG was an R&B supergroup, composed of R&B artists Gerald Levert from Cleveland, Ohio, Keith Sweat from Harlem, New York and Johnny Gill from Washington, D.C. The group's name "LSG" is derived from the first letter in the last name of each artist (Levert, Sweat, Gill).

In 1997, LSG released their debut album titled Levert.Sweat.Gill. With the chart-topping lead single "My Body", the album was quickly certified platinum.

Johnny Gill announced on the September 12, 2013 episode of The Arsenio Hall Show, that Eddie Levert, Gerald's father, will replace him as the "L" in LSG. Gerald Levert died in 2006.
This project began when Keith Sweat called Gerald Levert and told him about an idea to record with Johnny Gill.[1] For their 1997 debut album, they collaborated with popular producers and guest appearances including Sean Combs, Jermaine Dupri, LL Cool J, MC Lyte, and Busta Rhymes.[1]

Famous figures who lived to 100 (or above) by omnivorousrex

Funny...Images that made me laugh so hard I farted by william maxey 83

Funny...Bucketlist...Live Life To The Fullest by Dj Levels

Black American Firsts in Film and Theatre by Dj Levels