Located in the constellation Andromeda can be found M31, the famous Andromeda Galaxy. This spectacular object is a spiral galaxy similar to our own Milky Way. At a distance of only 2 million light-years, it is one of the closest galaxies to our own. Its enormous diameter of 200,000 light-years gives it a visual magnitude of 3.4, making it the brightest galaxy in the sky and the only galaxy visible to the naked eye. It can easily be seen with binoculars, and telescopes will bring out some of the galaxy's detail. 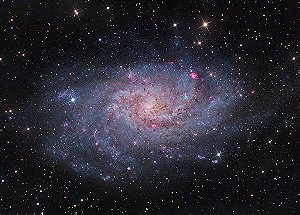 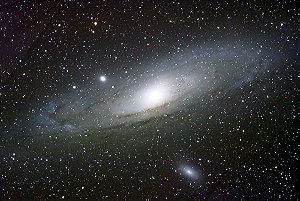 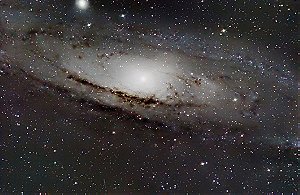 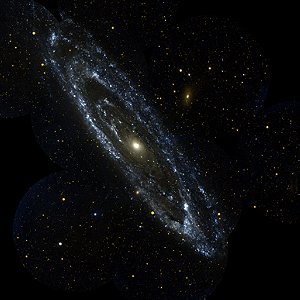 M32 is one of the two small satellite galaxies of their more famous partner, M31. It is an elliptical dwarf galaxy with a diameter of only 8,000 light-years. M32 was the first elliptical galaxy to be discovered, and is the closest elliptical galaxy to us. Its close proximity gives it a visual magnitude of 8.1, which is quite bright for a galaxy. It can easily be seen with a good pair of binoculars or a small telescope. 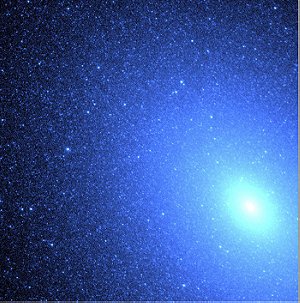 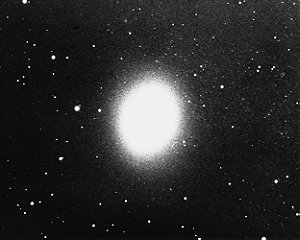 Located in the constellation Triangulum, M33 is a member of our local group of galaxies. It is a spiral galaxy with a diameter of 60,000 light-years, which makes it much smaller than its neighbor, M31. It is also a little farther away, at about 2,300,000 light-years from Earth. This is an extraordinary object with well-defined spiral arms. M33's visual magnitude of 5.7 makes it an easy target for binoculars and small telescopes. It is best seen at low power. 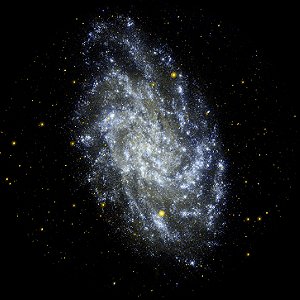 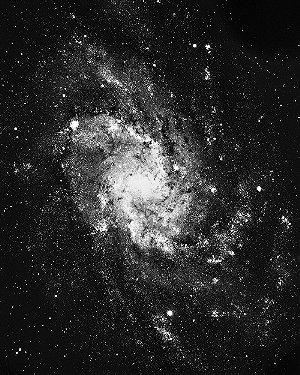 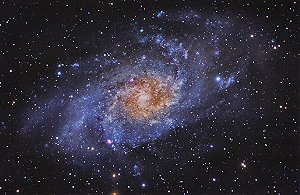 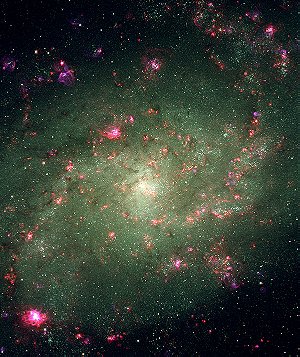 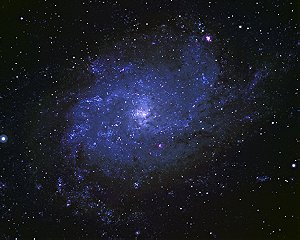 M34 is an open cluster of about 100 stars located in the constellation Perseus. The cluster lies about 1,400 light-years from Earth and is believed to be about 190 million years old. The brightest star in the group has a visual magnitude of 7.9, which makes it a bright and easy target for viewing. M34 is visible to the naked eye, and its apparent diameter is nearly that of the full moon. Binoculars and small telescopes with a wide field of view are recommended for this object. 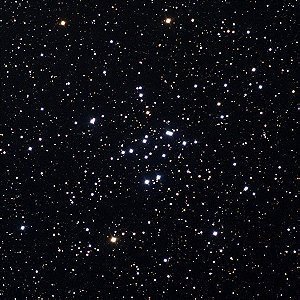 Located in the constellation Gemini, M35 is a galactic cluster of around 200 stars. This cluster is 2,800 light-years from us and has a diameter of about 24 light-years. It is believed to be around 110 million years old, which makes it an intermediate-aged cluster. With an apparent diameter about the same as the full moon, M35 can easily be seen with the naked eye near the 3 "foot stars" of the constellation Gemini. It is best viewed with low-powered optical instruments. 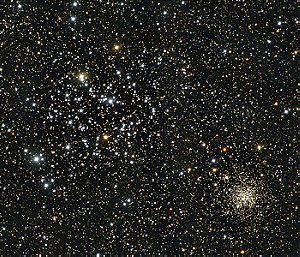 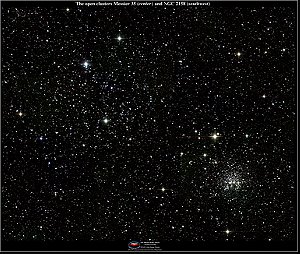 Nestled within the constellation Auriga is M36, a galactic cluster of about 60 stars. This cluster is around 4,100 light-years from Earth and has a diameter of about 14 light-years. At an age of only 25 million years, it is quite young and contains no red giant stars. M36 has a visual magnitude of 6.3 with the individual member stars ranging in magnitude from 9 to 14. This relatively large cluster is easy to spot with binoculars. In telescopes, it is best viewed at low powers. 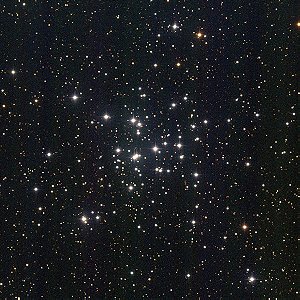 M37 is a galactic cluster of about 150 stars located in the constellation Auriga. It has a diameter of about 200 light-years, making it roughly twice the size as nearby M36. At a distance of around 4,600 light-years, it is the richest and brightest of the Auriga clusters. It is also the oldest at about 300 million years. M37 is considered to be one of the finest open clusters in the heavens. It is easily viewed in binoculars and small telescopes. 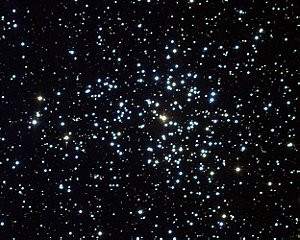 M38 is the third of the three Auriga clusters. It is about 4,200 light-years away and has a linear diameter of around 21 light-years. The cluster has a total visual magnitude of 7.4 and contains more than 100 stars. The brightest stars of the cluster have been said to form a Greek letter Pi, or according to some, an oblique cross. M38 is of intermediate age at about 220 million years. It is a large cluster and is easily viewed with binoculars. In telescopes, it is best viewed at low power. 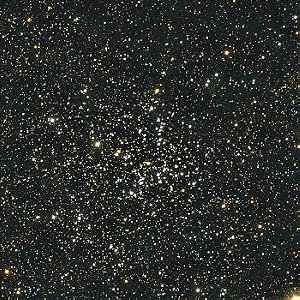 Located in the constellation Cygnus, M39 is a very loose cluster of about 30 stars. It lies only 800 light-years from Earth, which makes it one of the closest open clusters in the sky. The cluster has a diameter of about 7 light-years, and is believed to be over 250 million years old. With a visual magnitude of 5.2, it is a bright cluster although very loosely populated. This cluster is an easy target for binoculars and is best observed in telescopes at low power. M40 was discovered by Charles Messier while searching for a nebula that had been reported in the area. The nebula was never found, so this double star system was logged instead. M40 is a binary star system found in the constellation Ursa Major. It is located approximately 300 light-years from Earth. The two stars have a visual magnitude of 9.0 and 9.3. A 4-inch refractor telescope can easily split the two stars, which appear as a single star to the naked eye. 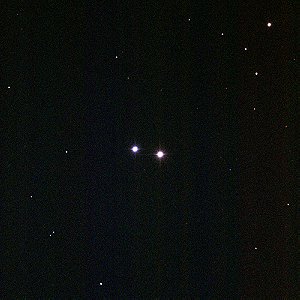 My Favorite Movies from the 60's by Art Farley

...One Thousand and One Movie by Haribo