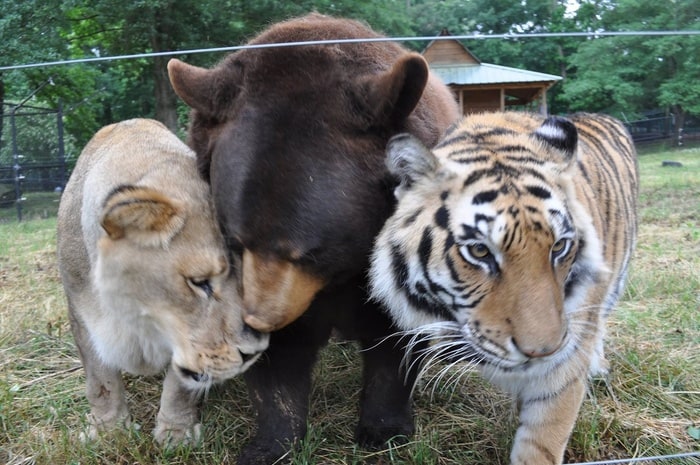 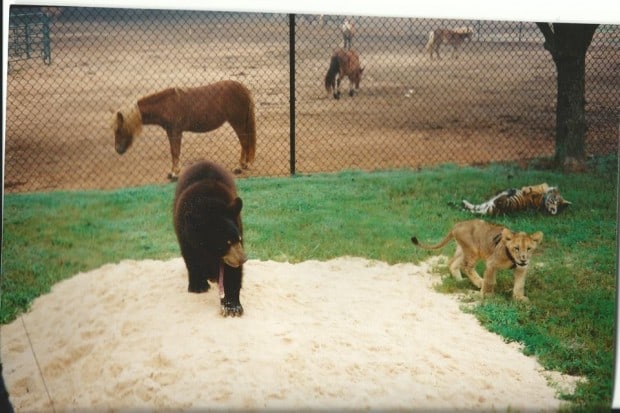 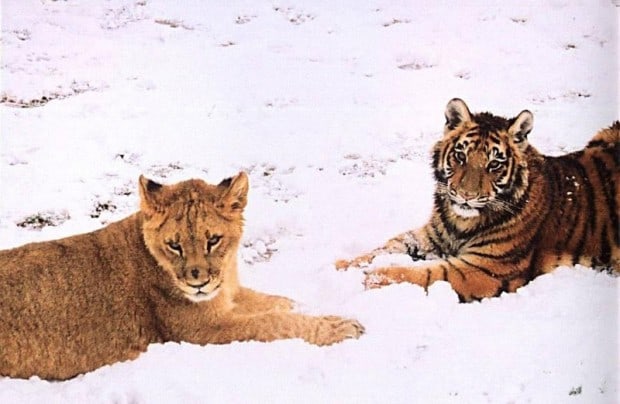 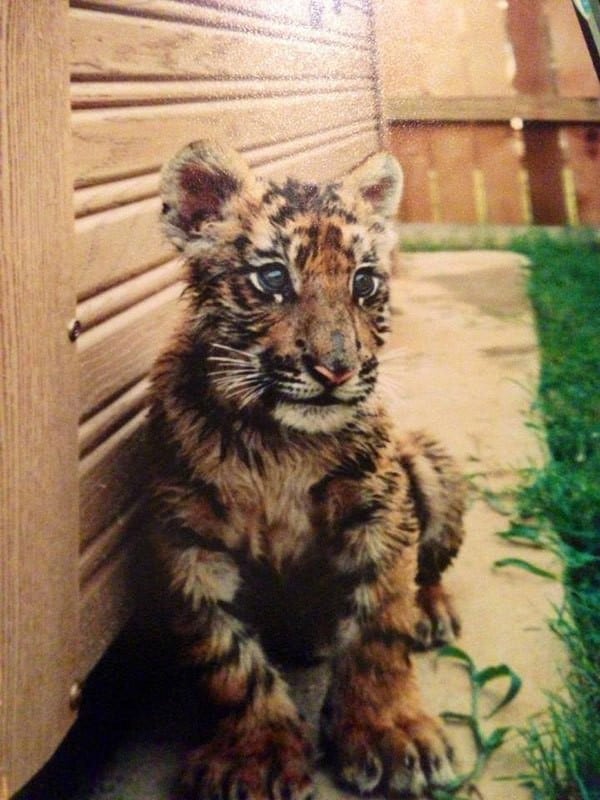 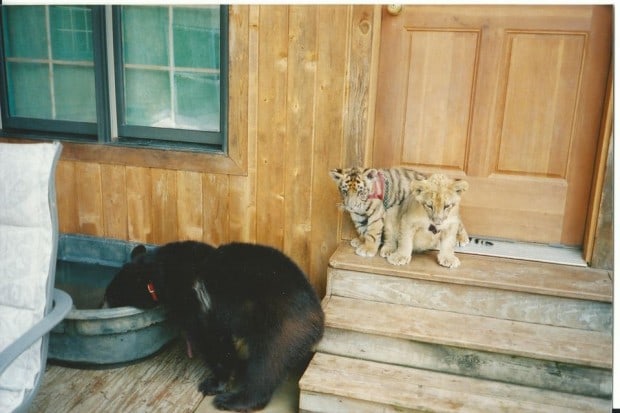 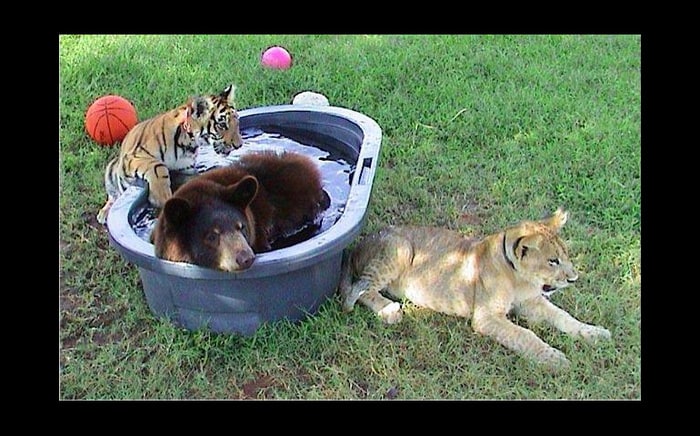 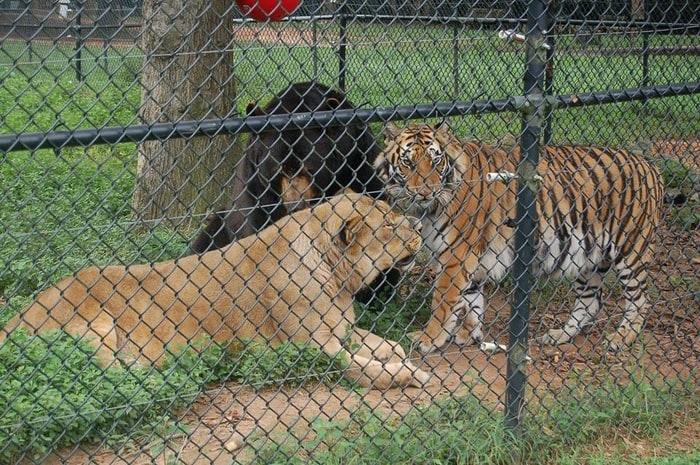 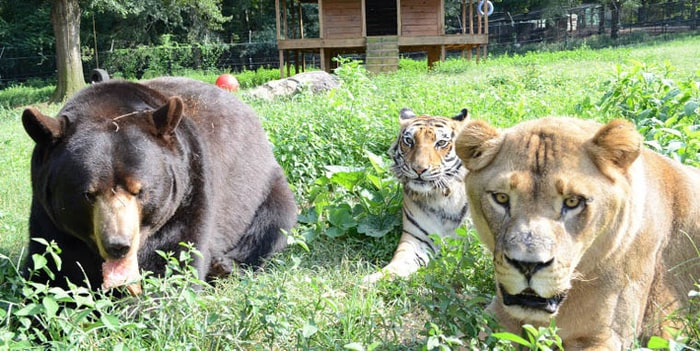 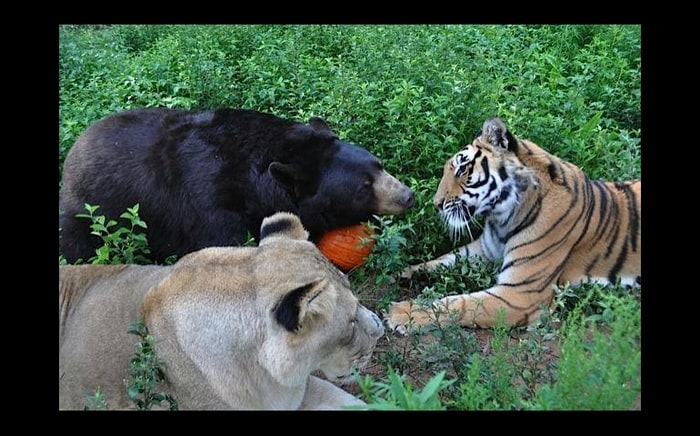 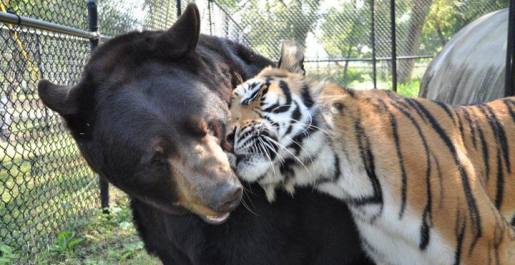 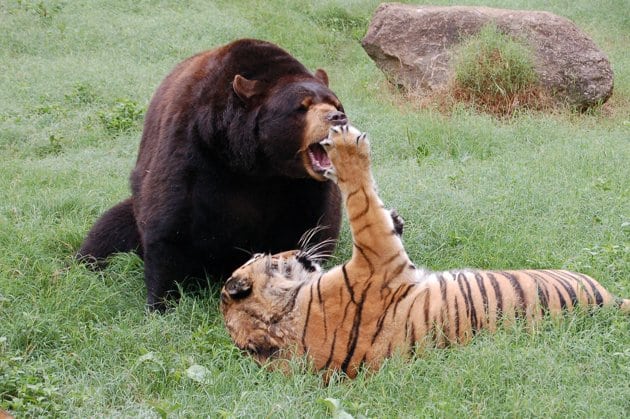 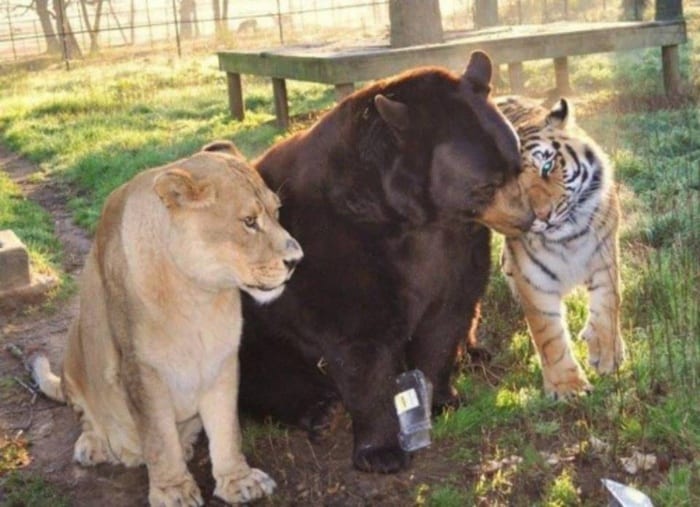 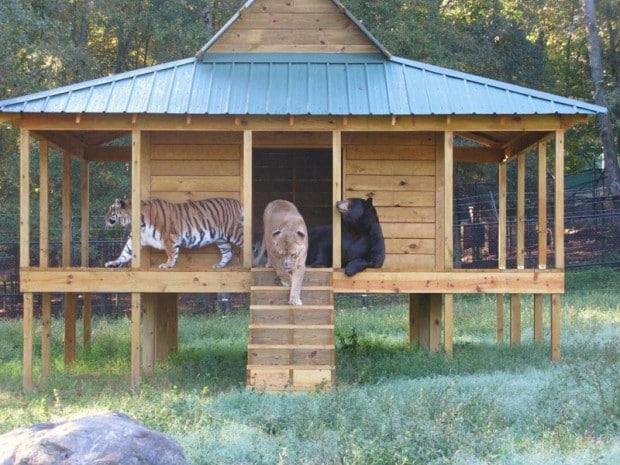 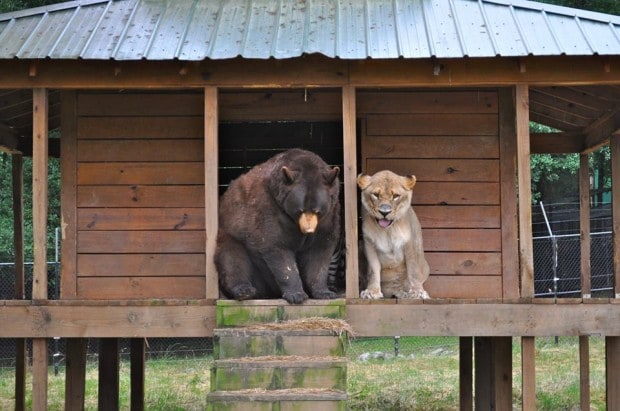 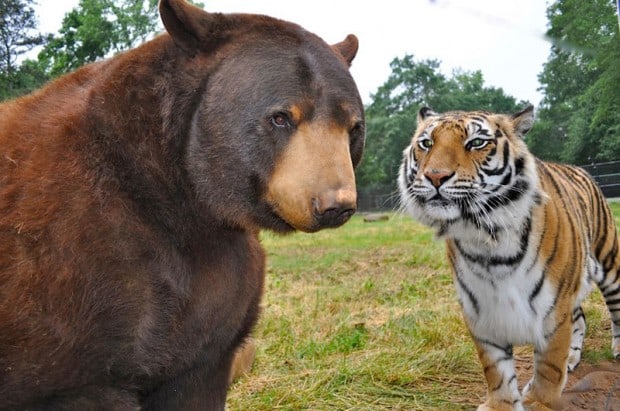 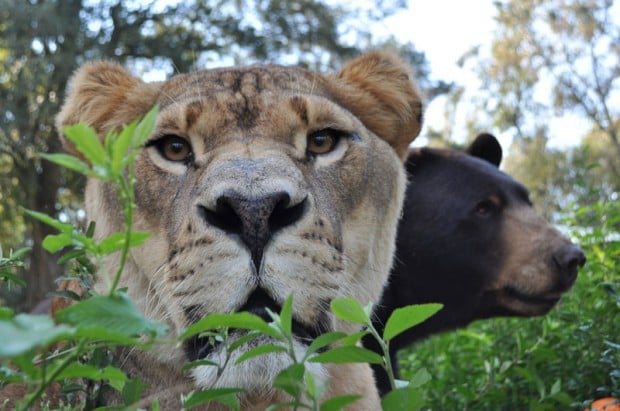 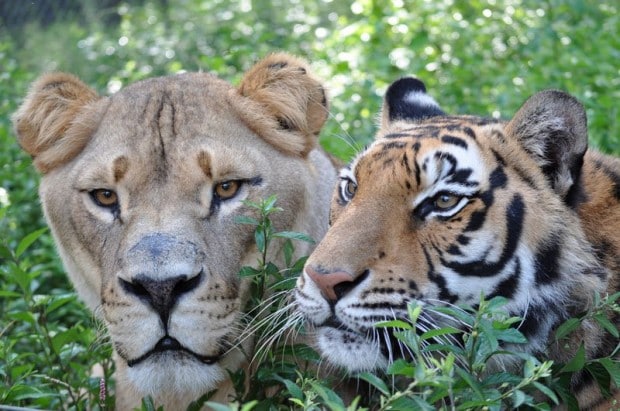 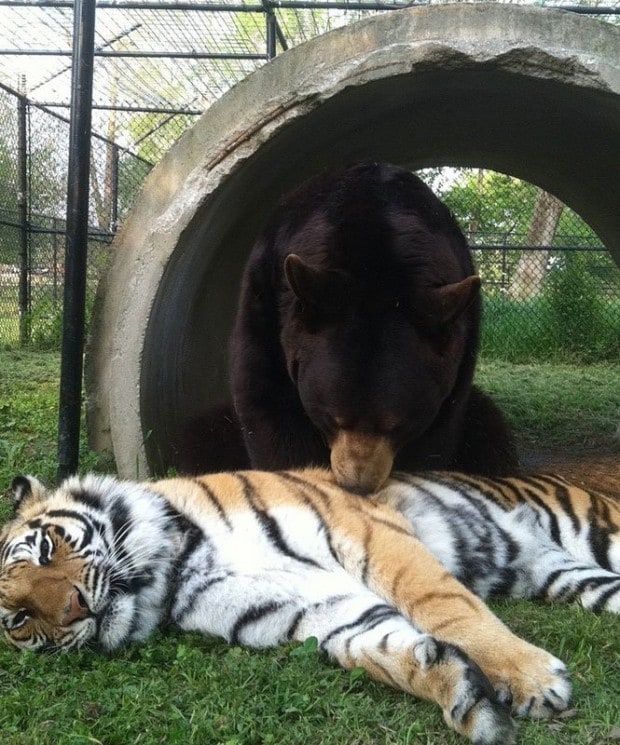 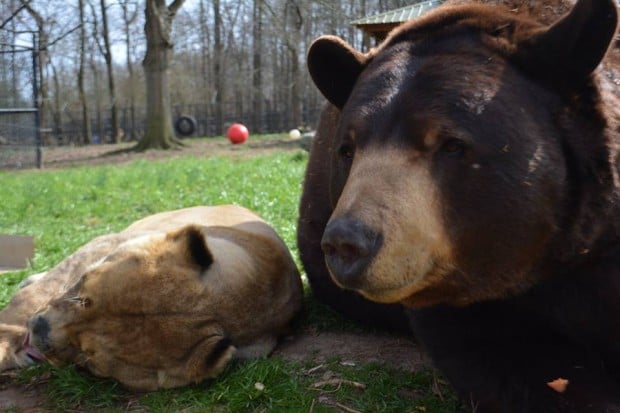 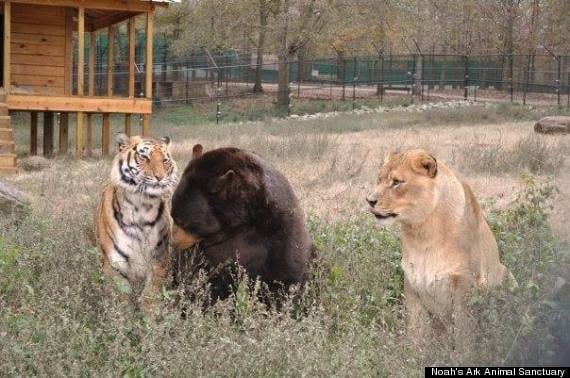 Load more items (1 more in this list)
One of my all time favorites, here is their story;

The BLT (bear, lion and tiger) came to Noah's Ark in 2001. Baloo, a North American Black Bear, Leo an African Lion and Shere Kkhan a Bengal Tiger, were discovered in an Atlanta home's basement by police officers during a drug raid. At only a few months old, all three cubs were frightened, malnourished and infected with internal and external parasites when they were brought to Noah's Ark by the Georgia Department of Natural Resources. Shere Khan was underweight and malnourished, but with the treatment of his parasites and a healthy diet, he began to regain his cub like energy and appetite, as well as increase in weight. Leo wasn't as underweight as Shere Khan, but he had an open and infected wound on his nose from being cruelly confined in a small cage. With room to stretch his growing legs and veterinary care, his nose healed although he still has a scar. Baloo was in the worst condition of all, with a severely ingrown harness digging into his flesh because it was never loosened as he grew in size. The harness was so ingrown that his flesh had begun to grow over it, and surgical intervention was required to remove the harness and clean out his deep, infected wounds. During Baloo's surgery was the only time the three brothers have ever been separated from one another, and Shere Khan and Leo became extremely agitated because of it, pacing and vocalizing for the lost member of their family of three to return. After his surgery, Baloo was returned to his brothers and the three have been together ever since, with hardly a quarrel between them. They eat, sleep and play together and even seek out grooming from one another, head rubbing and licking one another. It seems that their terrifying early months in life bonded the three together and they are truly inseparable.

Favorite Images of Snakes by kathy

Favorite Images of Bob the Golden Retriever by kathy

What and where? by Iceviper

Misc. Pictures That Struck My Fancy by Iceviper