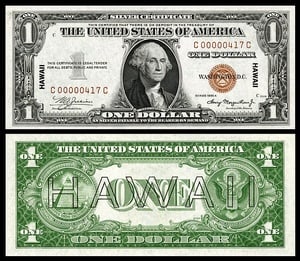 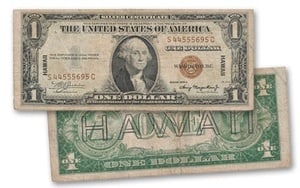 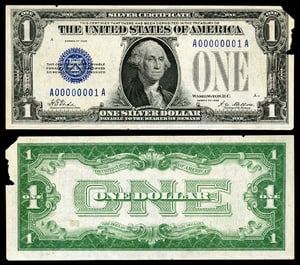 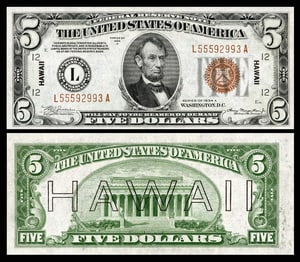 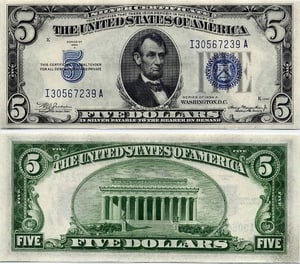 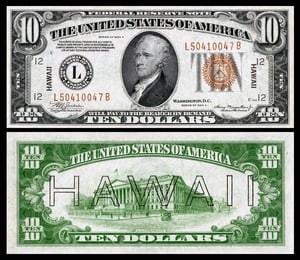 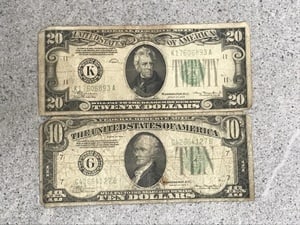 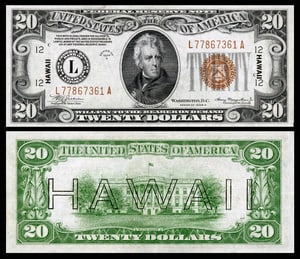 After the Japanese attack on Pearl Harbor, the U.S. Treasury feared Japanese nationals would call the value of the banknotes in real silver, send it to Imperial Japan, and potentially bankrupt the U.S. government. To prevent this, the government ordered all banknotes still in circulation in Hawaii be surrendered and replaced with notes branded with the word "HAWAII," proclaiming them as legal currency only within the Hawaiian Territories; thereby, rendering the other notes useless. When my father returned home from his tour of duty in Pearl Harbor, he still had a few of them in his wallet. While silver certificates no longer have any special legal value, his banknotes are still worthy as historical items.

sitting in the car, 2 by Henny

damsel in distress by Henny

Die Wandtafel (the blackboard) by Henny

I Left My List In San Francisco! by TrekMedic

I've Seen This Pose XXV (or VI to IV) by TrekMedic

The Hat Squad by TrekMedic