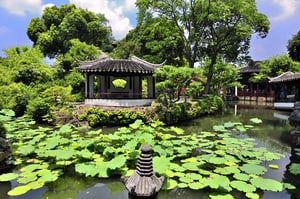 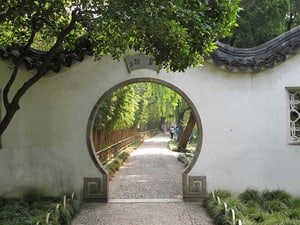 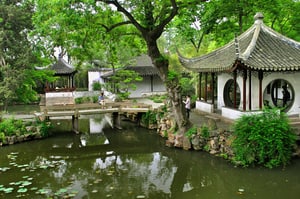 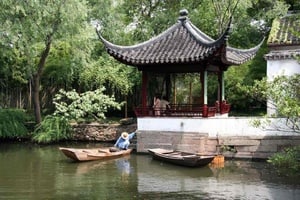 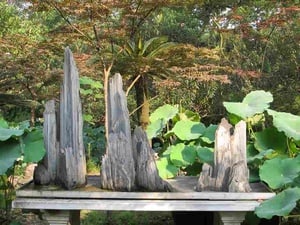 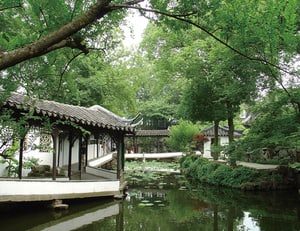 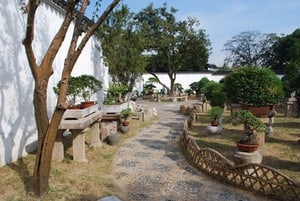 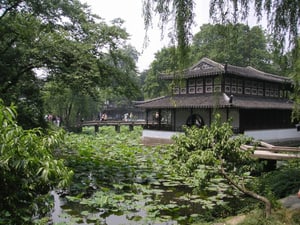 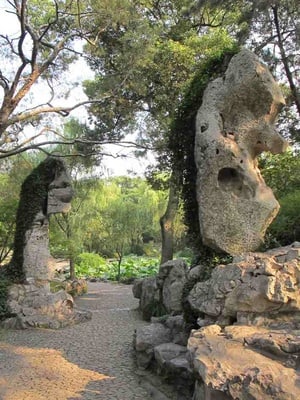 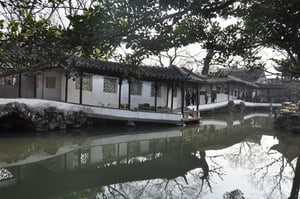 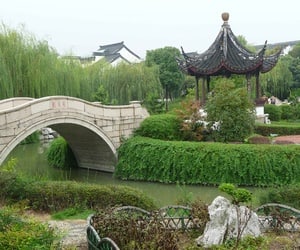 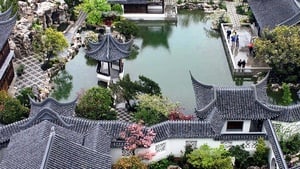 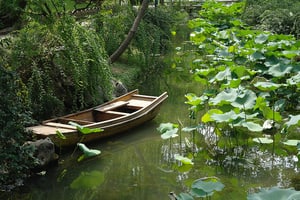 The Humble Administrator's Garden (Chinese Zhuōzhèng Yuán) is a renowned Chinese garden in Suzhou. The garden is located at n°178 Dongbei Street (东北街178号). At 51,950 m2, it is the largest garden in Suzhou and is considered by some to be the finest garden in all of southern China. In 1997, Zhuozheng Yuan, along with other classical gardens of Suzhou was proclaimed a UNESCO World Heritage Site.

On the Zhuozhengyuan's site was first built a garden during the Shaoxing period (1131-1162) of the Southern Song Dynasty. Afterwards it changed ownership, and was destroyed or modified continually. It was the residence and garden of Lu Guimeng, a Tang Dynasty scholar. Later in the Yuan Dynasty it became the Dahong Temple's garden.

In 1513, Wang Xiancheng, an Imperial Envoy and poet of the Ming Dynasty created a garden on the site of the dilapidated Dahong Temple which had been burnt during the Ming conquest. In 1510, he retired to his native home of Suzhou under the occasion of his father's death. He had experienced a tumultuous official life punctuated by various demotions and promotions, and gave up his last official post as magistrate of Yongjia county in Zhejiang province, and began to work on the garden. This garden, meant to express his fine taste, received close attention from the renowned artist, Suzhou native, and friend, Wen Zhengming 文徵明. The garden was named (first evidence around 1517) after a verse by the famous scholar official of the Jin Dynasty, Pan Yue, it his prose, An Idle Life, "I enjoy a carefree life by planting trees and building my own house...I irrigate my garden and grow vegetables for me to eat...such a life suits a retired official like me well." This verse symbolized Wang's desire to retire from politics and adopt a hermits life in the manner of Tao Yuanming. In the Xianju rhyme-prose, he writes 'This is the way of ruling for an unsuccessful politician'. It took 16 years until 1526 to complete. Wen Zhenming wrote an essay Notes of Wang's Humble Administrator's Garden, and painted Landscapes of the Humble Administrator's Garden in 1533 including 31 paintings and poems to commemorate the garden. Wen produced a second album of eight leaves showing sites in the garden in 1551, with different views but the same poems as in 1533.

Wang's son lost the garden to pay gambling debts, and it has changed hands many times since. In 1631 the eastern garden was divided from the rest and purchased by Wang Xinyi, Vice Minister of the Justice Board. He added many modifications over the next four years, finishing work in 1635. After completion it was renamed Dwelling Upon Return to the Countryside (歸田園居). The central garden was purchased by Jiang Qi, Governor of Jiangsu in 1738.[4] After extensive renovations he renamed it Garden Rebuilt. In 1860, it became the residence of a Taiping prince, Li Xiucheng 李秀成, and it was remodelled, and the current aspect of the garden is said to be inherited from this period. Also in 1738 the Western Garden was purchased by Ye Shikuan Chief Histographer, and renamed The Garden of Books. The Garden of Books was purchased by a Suzhou merchant, Zhang Lüqian, in 1877 and renamed The Subsidiary Garden. In 1949 all three parts of the garden were rejoined by the Chinese government and subsequently opened to the public, then restored in 1952. In 1997 the garden was given UNESCO World Heritage status.

The garden contains numerous pavilions and bridges set among a maze of connected pools and islands. It consists of three major parts set about a large lake: the central part (Zhuozheng Yuan), the eastern part (once called Guitianyuanju, Dwelling Upon Return to the Countryside), and a western part (the Supplementary Garden). The house lies in the south of the garden. In total, the garden contains 48 different buildings with 101 tablets, 40 stelae, 21 precious old trees, and over 700 Suzhou-style penjing/penzai. According to Lou Qingxi, compared with the layout from the Zhenghe Period in the Ming Dynasty, the garden "now has more buildings and islets", and although lacks a "lofty" feeling, it is "still a masterpiece of meticulous work". Liu Dunzhen judged that the arrangement of rocks and water in the ponds of the central third may have its origins in the early Qing. The western third retains the late nineteenth-century layout, while the eastern third has seen several renovation since. But Craig Clunas believes that even this is unreasonably optimistic, and he underlines that Liu Dunzhen and others tend to imply that, "despite the vicissitudes of history, there is continuity at the much more important level of essence".

Eastern Garden: Composed of a few buildings around a central great lawn and pond combination. The lawn is ringed by a grove of crape myrtle trees which is an allusion to the Tang Dynasty State Secretariat which was nicknamed the Crape Myrtle Department.

Central Garden: This section is composed of many scenes arranged around the "Surging Wave" Pond. Within the pond three islands recreate the scenery of the fairy islands of the east sea.

Western Garden: This part is only half the size of the central part, and is also mainly dominated by water. The pond runs from north to south, and at the central part rises an islet. Although small, it is planned with meticulous care and precision. The buildings, though numerous, do not clutter, small mountains and ponds do not give a cramped impression

Art of Wolfgang Harms by Nusch

My Perfect Indonesian Beauties by irishblue

My Perfect Lebanese Beauties by irishblue