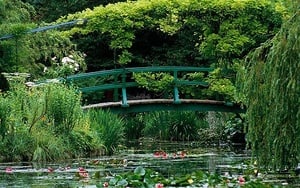 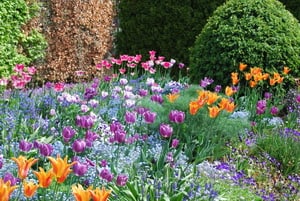 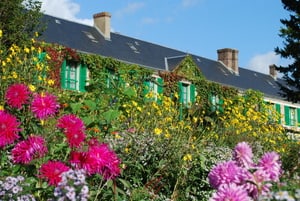 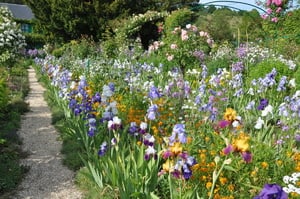 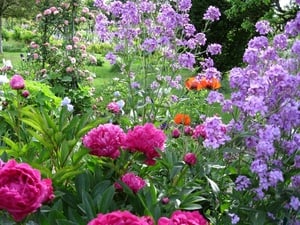 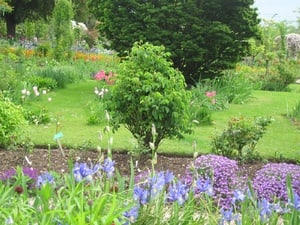 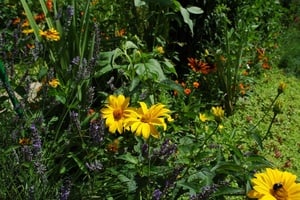 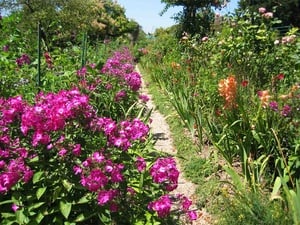 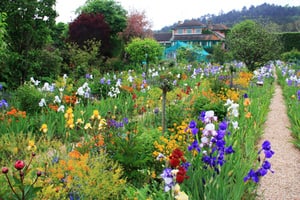 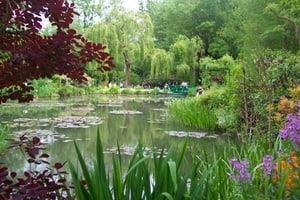 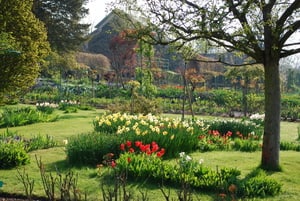 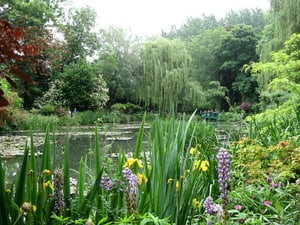 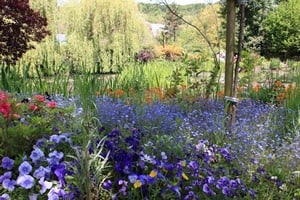 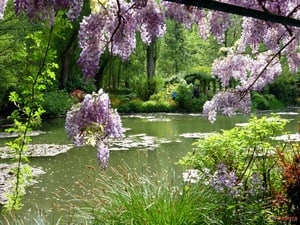 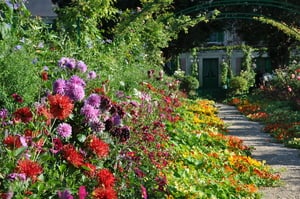 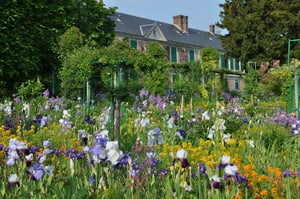 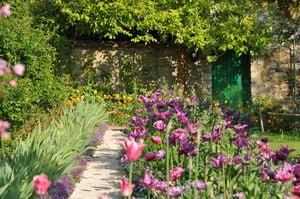 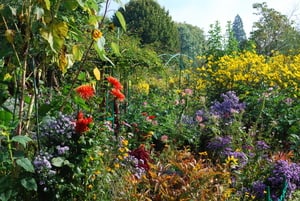 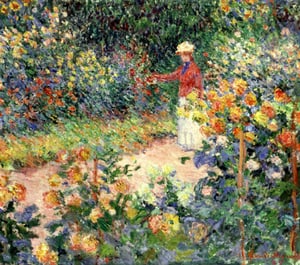 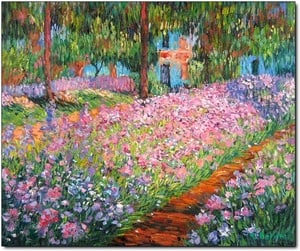 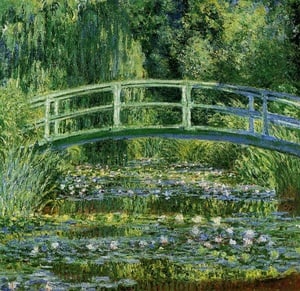 Giverny is a village that sits on the "right bank" of the River Seine where the river Epte meets the Seine. It lies 80 km (50 mi) from Paris, west and slightly north, in the old province of Normandy (it is officially in the département of Eure, in the région of Haute-Normandie).

Claude Monet noticed the village of Giverny while looking out of a train window. He made up his mind to move there and rented a house and the area surrounding it. In 1890 he had enough money to buy the house and land outright and set out to create the magnificent gardens he wanted to paint. Some of his most famous paintings were of his garden in Giverny, famous for its rectangular Clos normand, with archways of climbing plants entwined around colored shrubs, and the water garden, formed by a tributary to the Epte, with the Japanese bridge, the pond with the water lily, the wisterias and the azaleas.

Monet lived in the house with its famous pink crushed brick façade from 1883 until his death in 1926. He and many members of his family are interred in the village cemetery.

Beginning around 1887, a number of American Impressionist artists settled to work in Giverny, drawn by the landscapes, the overall atmosphere, and the presence of Monet. These included Willard Metcalf, Louis Ritter, Theodore Wendel, and John Leslie Breck. Soon many American extended their visits from summer through the entire year. American painter Theodore Earl Butler married Monet's stepdaughter and sometime-model Suzanne Hoschedé there in 1892.

Frederick Carl Frieseke spent every summer from 1906 through 1919 in a residence next door to Monet's. The term Decorative Impressionism was coined in 1911 to describe Frieseke's work, and the term describes the work of a "second wave" of American painters in Giverny such as Richard E. Miller. In December 1910, six of the Giverny artists (Frieseke, Miller, Lawton S. Parker, Guy Rose, Edmund Greacen and Karl Anderson) were given a show at the Madison Gallery in New York which termed them "The Giverny Group."

World War I largely marked the end of the art colony.

Claude Monet's property at Giverny (house and gardens), left by his son to the Académie des Beaux-Arts in 1966, became a Museum opened to public visit in 1980 after completion of large-scale restoration work: the huge Nymphea's studio was restored and the precious collection of Japanese engravings was displayed in several rooms, hung in the manner chosen by the master himself; the gardens were replanted as they once were. The house became a popular tourist attraction (the Claude Monet Foundation), particularly in the summer when the flowers are in bloom.

The other main attraction of the village is the Museum of Impressionism Giverny dedicated to the history of impressionism and its continuation in the Giverny art colony and along the valley of the river Seine.
(Wikipedia)

Annies in Movies by yreesesfreak

Most Beautiful And Isolated Places In The World by Milena