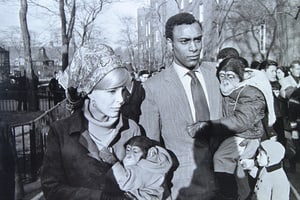 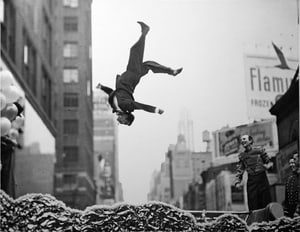 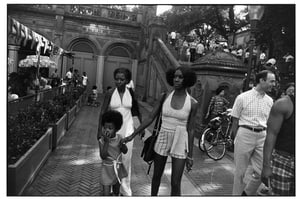 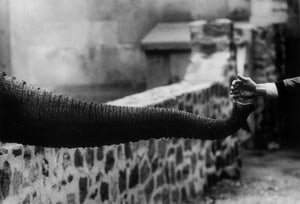 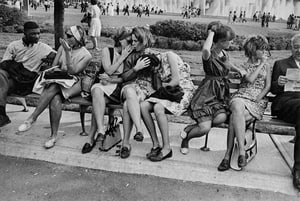 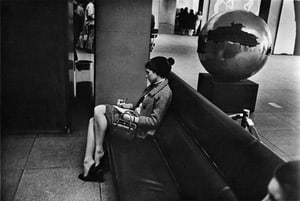 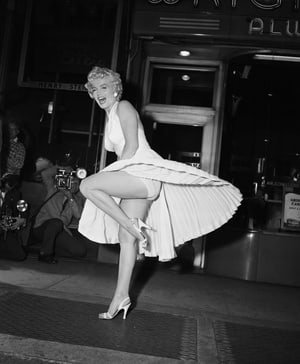 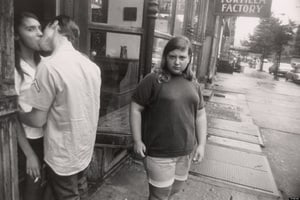 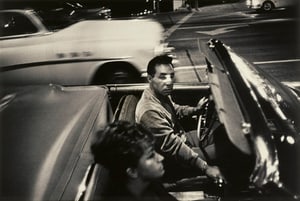 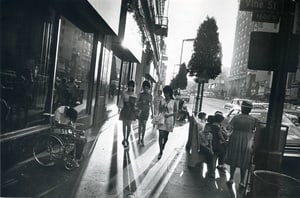 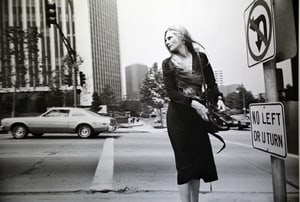 "Garry Winogrand (14 January 1928 – 19 March 1984) was a street photographer from the Bronx, New York, known for his portrayal of American life, and its social issues, in the mid-20th century. Though he photographed in Los Angeles and elsewhere, Winogrand was essentially a New York photographer.

He received three Guggenheim Fellowships to work on personal projects, a fellowship from the National Endowment for the Arts, and published four books during his lifetime. He was one of three photographers featured in the influential New Documents exhibition at Museum of Modern Art in New York in 1967 and had solo exhibitions there in 1969, 1977 and 1988. He supported himself by working as a freelance photojournalist and advertising photographer in the 1950s and 1960s, and taught photography in the 1970s. His photographs featured in photography magazines including Popular Photography, Eros, Contemporary Photographer and Photography Annual.

Photography curator, historian, and critic John Szarkowski called Winogrand the central photographer of his generation. Critic Sean O'Hagan, writing in The Guardian in 2014, said "In the 1960s and 70s, he defined street photography as an attitude as well as a style – and it has laboured in his shadow ever since, so definitive are his photographs of New York." Phil Coomes, writing for BBC News in 2013, said "For those of us interested in street photography there are a few names that stand out and one of those is Garry Winogrand, whose pictures of New York in the 1960s are a photographic lesson in every frame."

At the time of his death Winogrand's late work remained undeveloped, with about 2,500 rolls of undeveloped film, 6,500 rolls of developed but not proofed exposures, and about 3,000 rolls only realised as far as contact sheets being made"
(Wikipedia)

The Art of Patrick Seymour by ilia

Many Faces Of.. by Monstermaster

George Lucas: The best and worst of by Agent Kermit D. Fonz

Curiouser and Curiouser by Kenji

Paintings of Trees by Kenji