(1939) Goofy goes fishing with his best friend, Wilbur, a grasshopper. It was the first cartoon which featured Goofy in his first solo role without Mickey Mouse and/or Donald Duck.
Prelude's rating:

(1940) Goofy attempt to fly his personal glider, without much success.
Prelude's rating:

(1941) Working at a train station, Goofy has an encounter with a magician's mystery box.
Prelude's rating:

(1941) Goofy, staying at the Sugar Bowl resort, demonstrates the basics of downhill skiing. This was the first in what became a popular re-occurring theme for Goofy; 'How-To' guide to various sports and activities.
Prelude's rating:

7
The Art of Self Defense

(1941) Goofy takes a lighthearted look at self defense through the ages: cavemen, knights, the age of chivalry, and finally boxing.
Prelude's rating:

(1942) A narrated film explaining the fine points of playing baseball as demonstrated by Goofy (and various Goofy lookalikes).
Prelude's rating:

(1942) Goofy shows us how to swim, first using a piano stool to demonstrate the strokes.
Prelude's rating:

(1942) Goofy illustrates 'How To Fish' in the worst possible way imaginable.

(1943) To combat the wartime shortages in gas and tires, a number of fanciful forms of transportation are demonstrated by various versions of Goofy.

(1943) A cowboy from the United States is transported to the Pampas where he is instructed in the ways of his counterpart, the gaucho.

7
How to Be a Sailor

(1944) Goofy demonstrates the history of water transport, from the first prehistoric use of floating logs to the modern battleship.

(1944) Goofy shows us, in his inimitable way, the fundamentals of golf, guided as usual by the somewhat sarcastic narrator.
Prelude's rating:

(1944) It's Taxidermy Tech vs. Anthropology A&M for this introduction to american college football.
Prelude's rating:

(1945) Big game hunter Goofy is riding his trusty elephant in search of a tiger.
Prelude's rating:

(1945) Goofy narrates his own quest to Africa accompanied by various tour guides. He is in search of wild game.
Prelude's rating:

(1945) A narrator tells the story of how the Western pioneers (all being Goofy lookalikes) traveled across the frontier, and were attacked by Indians (also Goofy lookalikes).
Prelude's rating:

(1946) By accident, Cedric (Goofy), replaces his master, Sir Loinsteak, in the armor just before the joust with champion Sir Cumference.
Prelude's rating:

(1946) It's the big college basketball game; everyone playing looks like Goofy.

(1947) Goofy goes duck hunting hoping to catch one for a duck dinner. However, he mixes up a real duck with his duck decoy.
Prelude's rating:

(1948) At the race track, various spectators (all Goofy lookalikes) are playing the ponies.
Prelude's rating:

(1948) Goofy is the elephant keeper for a circus, and it's time to give Dolores the elephant a bath, whether she wants it or not.
Prelude's rating:

(1950) That master of all activities, Goofy, shows us the basics of riding a horse.

(1950) Goofy is tired and bored. He needs a hobby and decides to pursue photography. Wildlife is an excellent choice.
Prelude's rating:

(1951) Goofy's building a house, and struggling with the blueprints, the window glass, the paint, and finally the house-warming guests.

(1951) George Geef (aka Goofy) gets sent home from work to tend to his cold. Another example of a 'social issue' education cartoon.
Prelude's rating:

(1951) Indeed, man craves to eat and George Geef (Goofy) is no exception. He eats like it's going out of style. Finally, his reflection in the mirror tells him he's getting too fat.
Prelude's rating:

(1951) Goofy is portrayed as George Geef, a typical common man who makes a perfect prey for all kinds of swindlers, bookmakers and the like.

(1951) New father George (a Goofy lookalike) helps with the house chores, and they are endless. This marks the introduction of 'Junior'.
Prelude's rating:

(1951) Goofy (again playing George Geef) is a nicotine addict to the extreme. Finally, he decides to quit.

(1952) In the city, Goofy finds his daily job much too stressful so he decides to leave this hustle and bustle for a more peaceful life in the tropics.

(1952) Goofy buys a pet dog (Bowser) and has trouble training it. As Bowser gets bigger, he becomes a larger problem.

(1952) Bandit Pistol Pete enters a lawless western town and robs a bank. The town is in desperate need of a sheriff. Enter wandering cowboy Goofy.

(1952) As the narrator explains, educating children is one of the most important things today and the heroic man who takes on this role is "the school teacher" (Goofy, naturally).

(1952) After several long days at work, Goofy finally takes a much needed vacation. However, his trip quickly turns into a disaster.

(1952) Goofy is hired to solve a mystery of a missing "Al." He searches the city for clues, but constantly runs into a city sheriff.
Prelude's rating:

(1953) Mrs. Goofy leaves for the day leaving the house in the hands of her husband, Goofy. Goofy is confident that he can handle the day's household chores.
Prelude's rating:

(1953) Goofy, driving through Mexico, gets mistaken as "the great Matador".

(1953) After working all week, and partying all saturday night, Goofy tries to find some R&R on Sunday. Junior won't let him.
Prelude's rating:

(1953) After a short sketch of the universal importance of dance in human cultural history, Goofy demonstrates the misery of those who don't master dancing.
Prelude's rating:

(1953) After a short of history of man's eternal quest for sleep, we see Goofy's attempts to sleep despite insomnia.
Prelude's rating:

(1961) Mr. X buys a boat and inadvertantly enters the water skiing race. With Junior driving, with no experience, he's a bit out of his league.
Prelude's rating:

(1965) Goofy demonstrates how not to drive on the freeway: first, the overly timid driver, then the overly aggressive driver, and finally the inattentive driver.

This, and its sequel that same year, 'Goofy's Freeway Trouble', were educational shorts, and not true theatrical short film releases. Goofy was retired from short film features until his 2007 re-appearance.

(2007) In his first theatrical appearance in nearly 50 years, Disney has brought back Goofy for an all new animated short.
Prelude's rating: 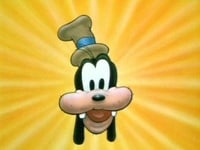 Goofy was a character in Disney's Mickey Mouse animated shorts from as early back as 1932. But over the years he gained popularity and got more screen time, thanks in large part to Hawaiian Holiday and The Clock Cleaners, two Mickey Mouse cartoons from 1937. The following year, in 1938, Goofy appeared without Mickey for the first time, in two Donald Duck & Goofy animated shorts, Polar Trappers and The Fox Hunt. It wasn't until 1939 that Goofy finally landed his own starring role, in 'Goofy and Wilbur'. 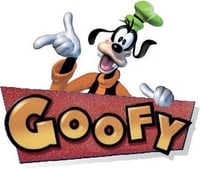 This list showcases all Goofy-exclusive animated shorts, to celebrate one of my favourite Disney characters ever. 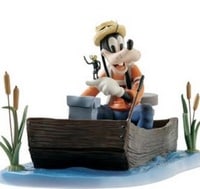 My Favorite Sci-Fi Movies by TrekBody