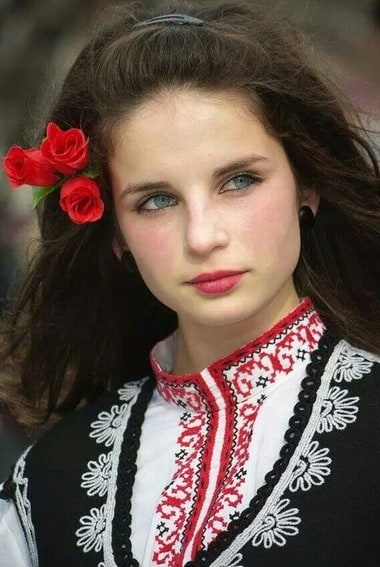 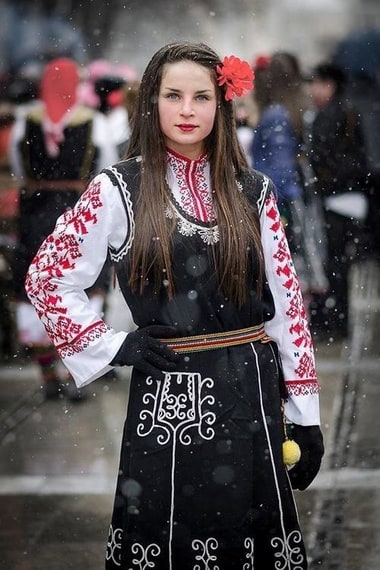 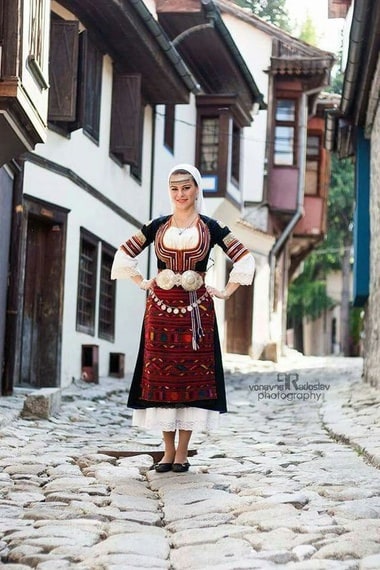 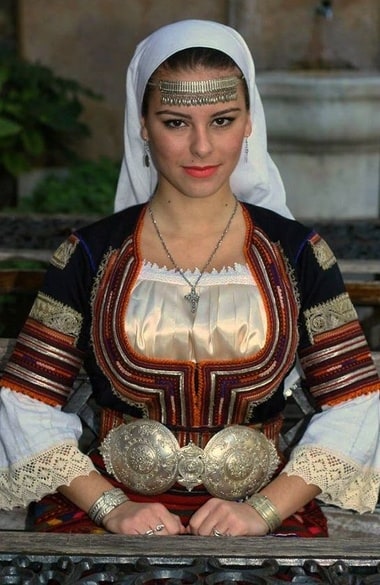 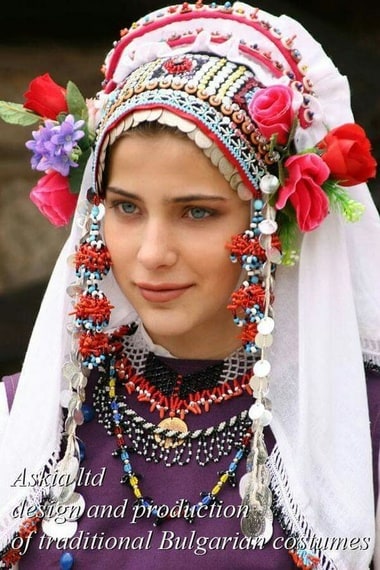 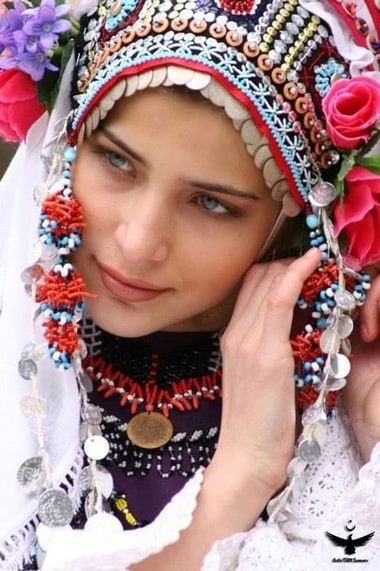 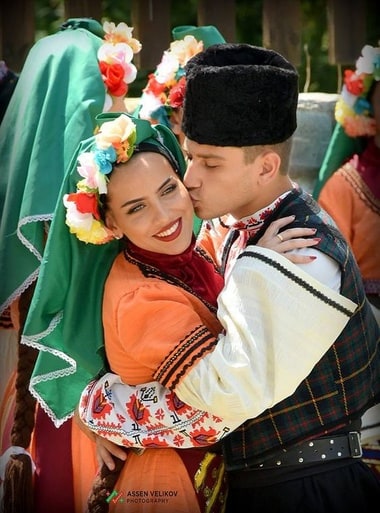 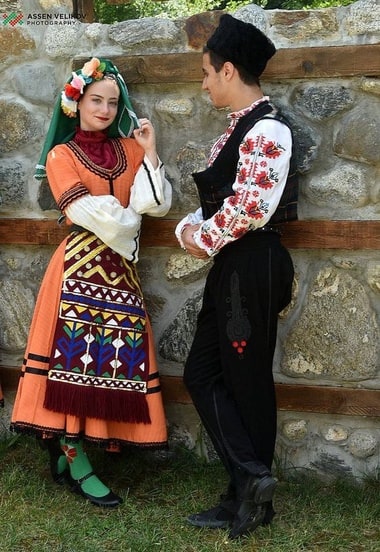 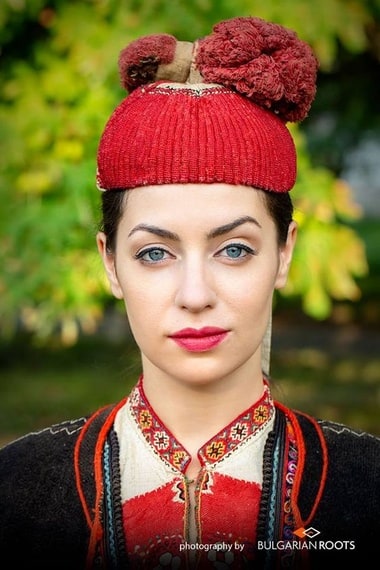 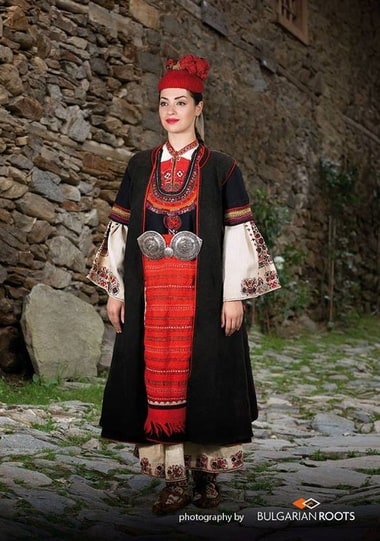 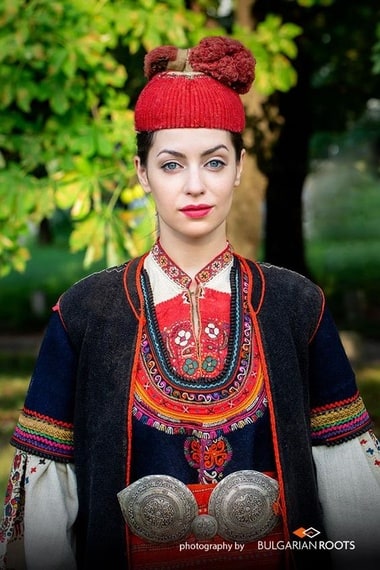 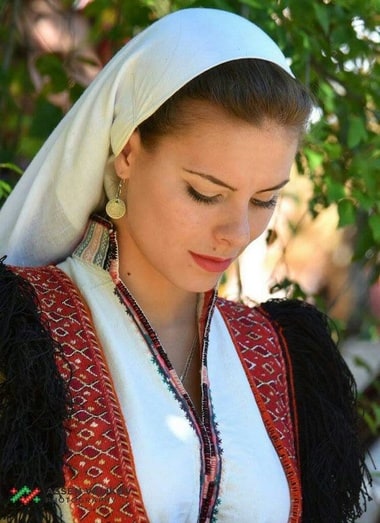 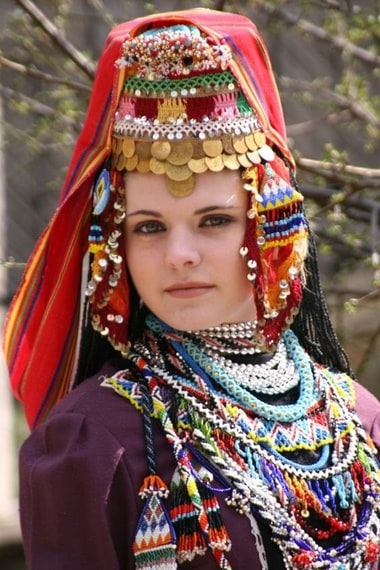 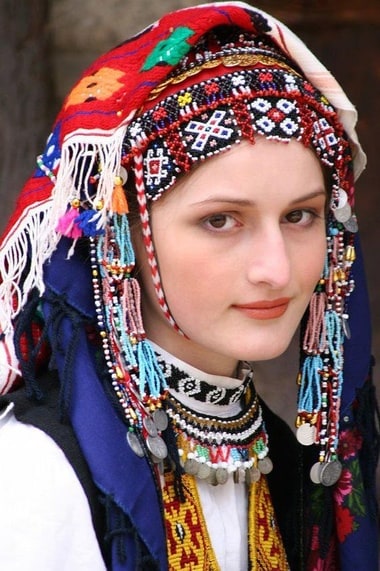 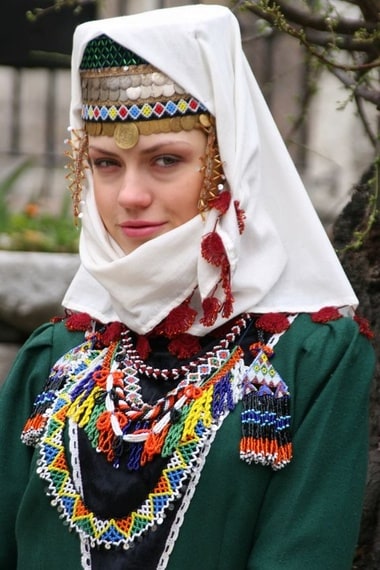 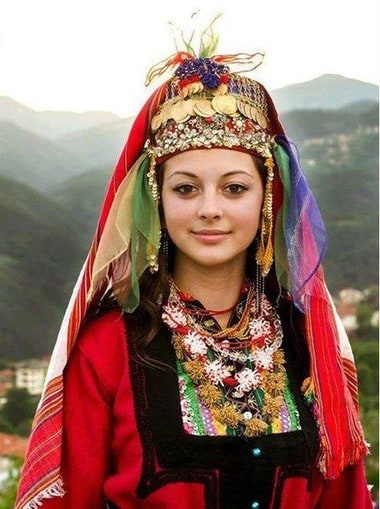 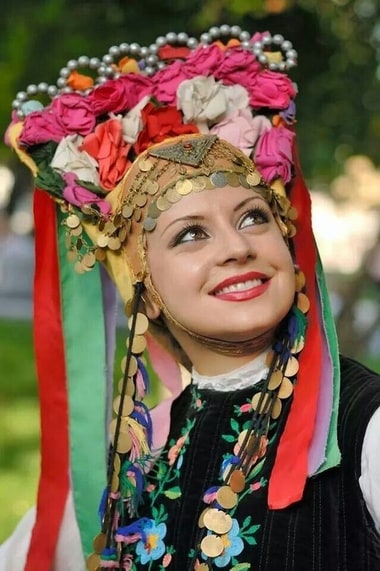 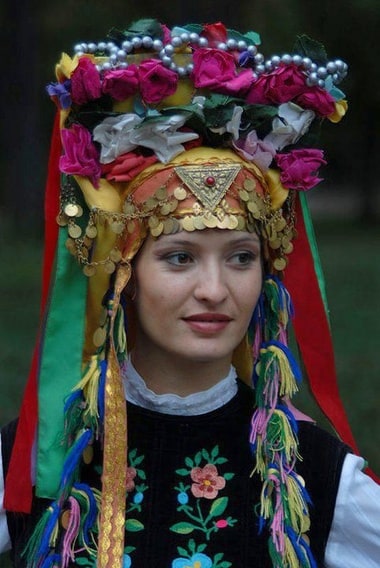 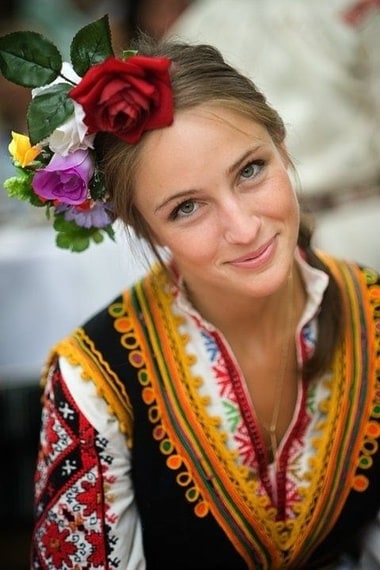 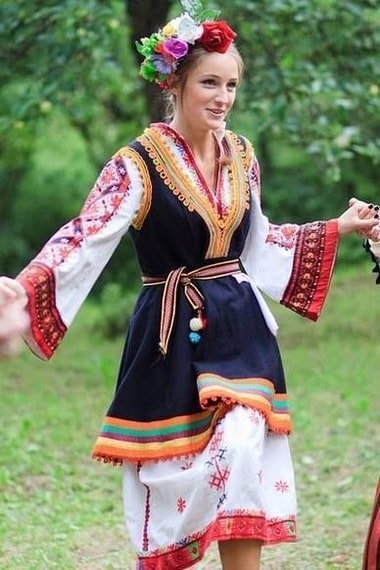 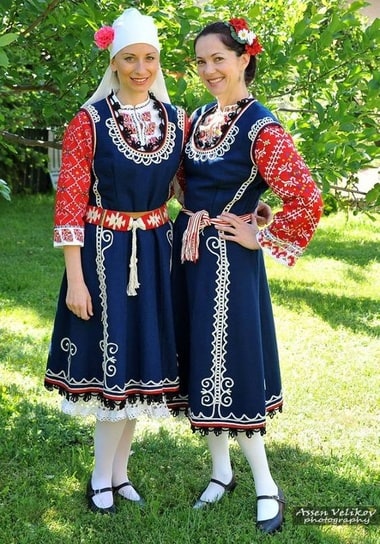 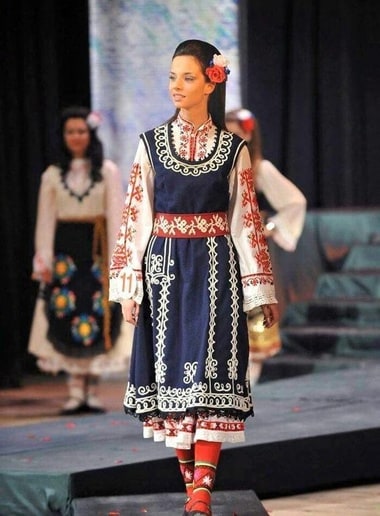 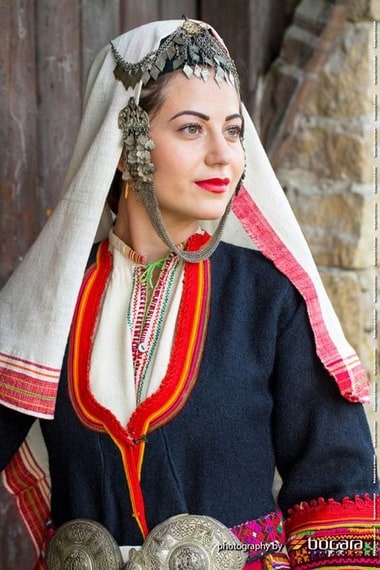 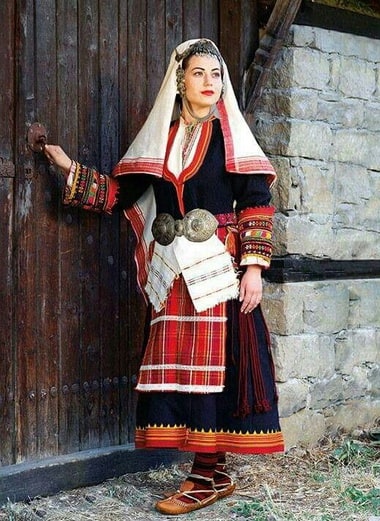 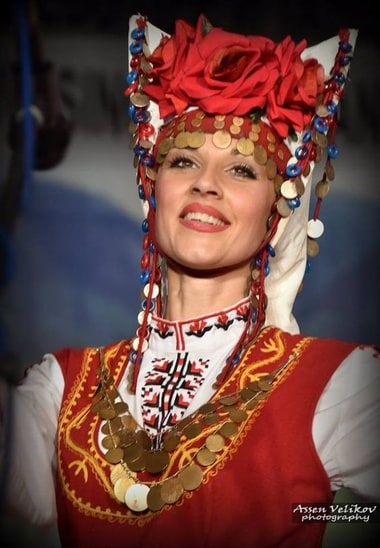 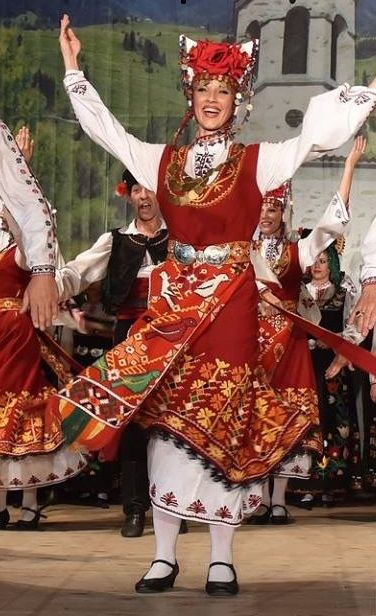 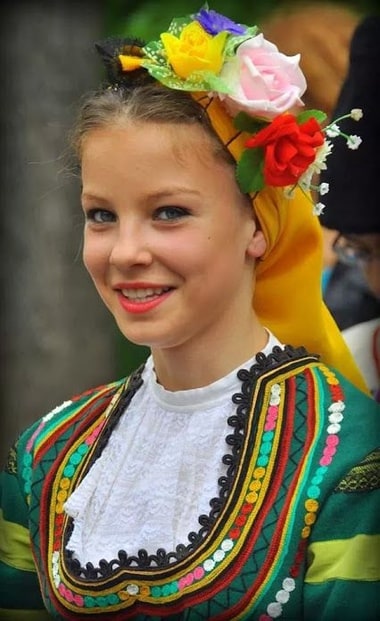 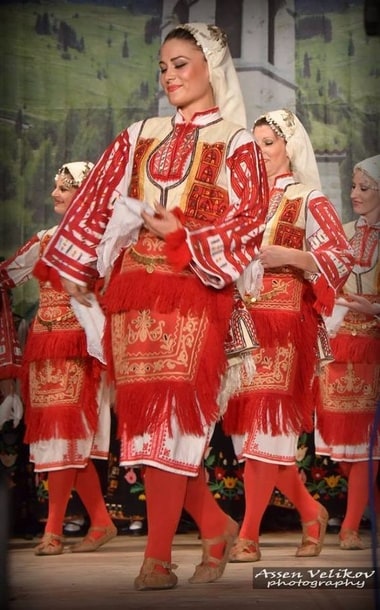 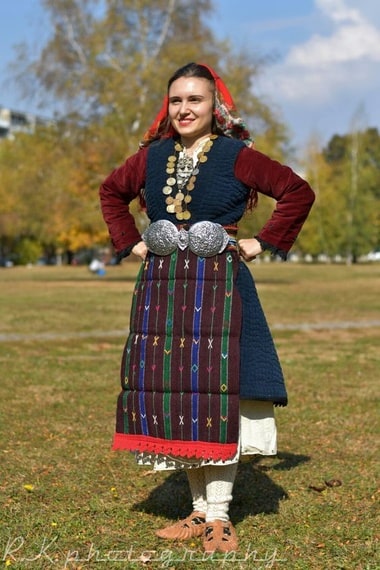 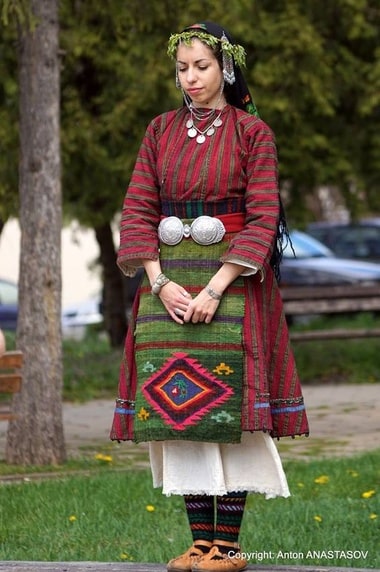 Load more items (68 more in this list)
The Bulgarian folk costume was worn in Bulgarian villages until the beginning of the 20th century. These garments were hand-made in the villages using materials that were produced locally. The traditional materials are linen, hemp, wool, silk, and cotton.

Bulgarian women made their costumes all by themselves. At the age of five, little girls started learning to spin wheels, sew, weave and prepare the trousseau for their weddings. From their twelfth year to the wedding, they were taught to embroider – this was the highest skill of all domestic crafts. Embroidery used to have great symbolic value. It was believed to protect the human body from evil spells and spirits. Once married it was usual in the past for a bride to be taken to her husband’s village taking with her dowry of which her folk costume formed part. Later her costume was passed on as a gift to her daughter.

The Bulgarian costumes contain many elements and motifs from the pagan beliefs and legends. No one wore clothes with fully symmetrical decorations, because Bulgarians believed that full symmetry was a diabolical creation. Therefore, elements were often added and removed, so that no symmetry should exist. Those were intentional mistakes in order to prevent the evil eye.

Each region of Bulgaria has its own costume with unique, typical motifs. A specific code is weaved into the ornamentation of the Bulgarian costumes – in the past the Bulgarians used to rely on it for information about the family of those, who wore them, and the areas of the country, where they lived. Each costume had its message.

The basic structure of the clothing worn by men and women for workdays and holidays remained the same for many hundreds of years, until urban influenced fashion and factory produced clothes became available.

Animals of Asia by unicornsugar

Azerbaijani Beauties -My Top 5- by Byxcs