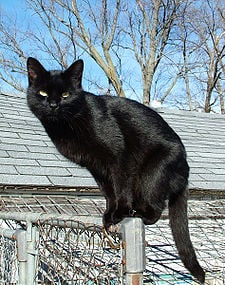 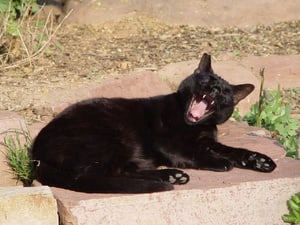 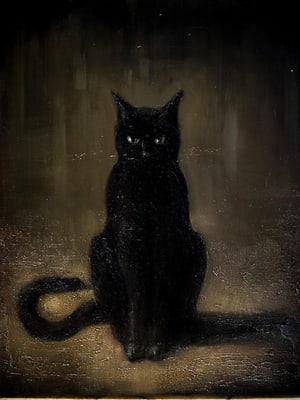 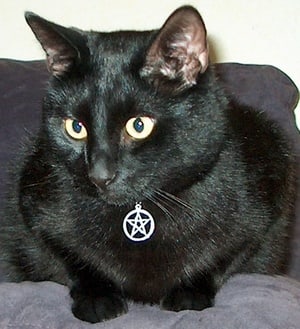 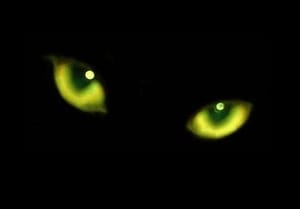 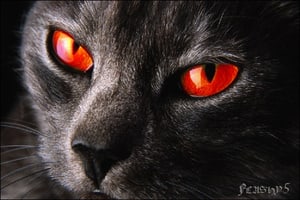 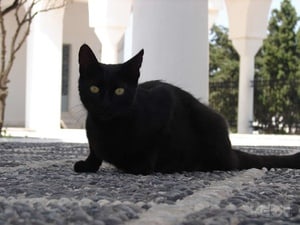 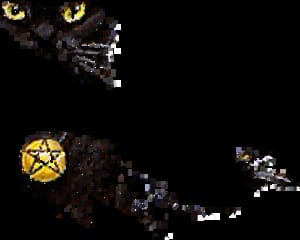 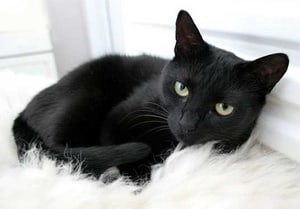 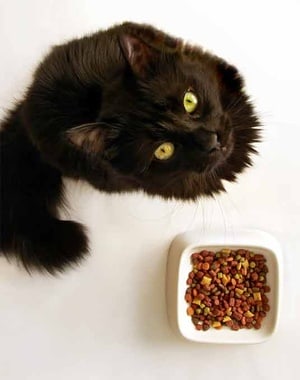 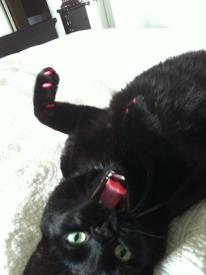 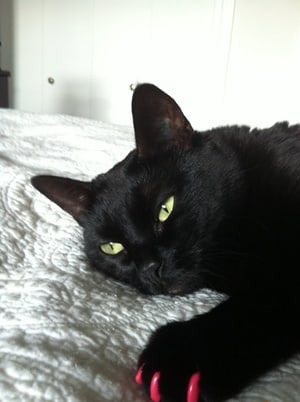 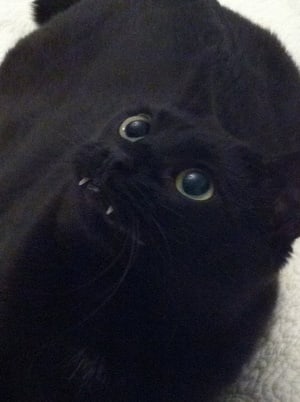 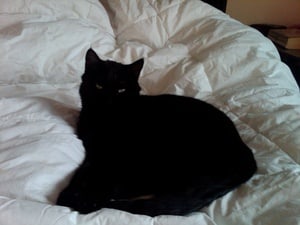 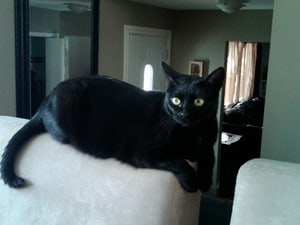 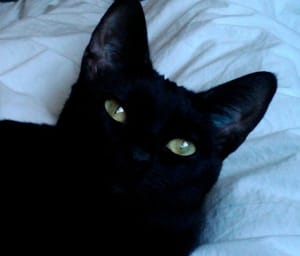 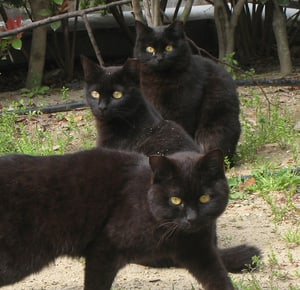 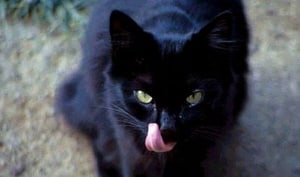 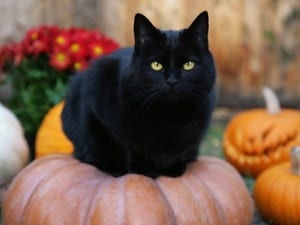 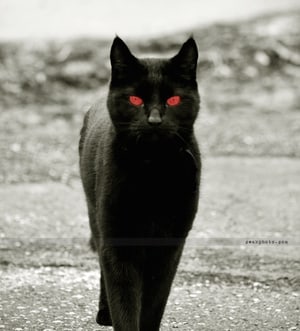 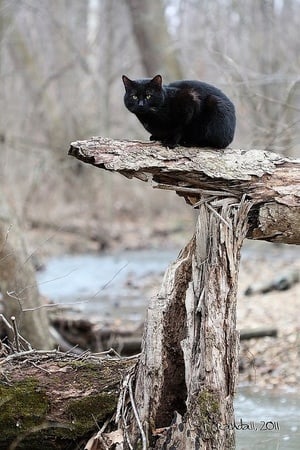 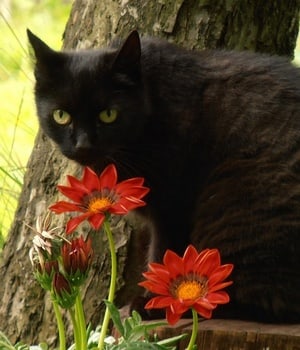 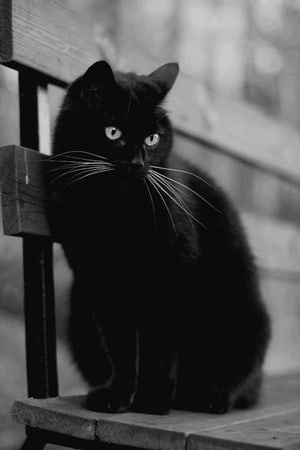 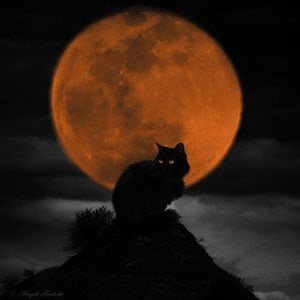 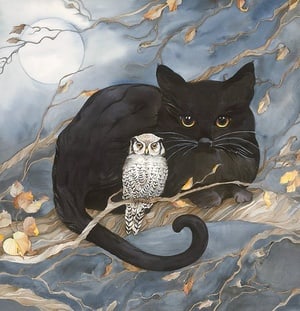 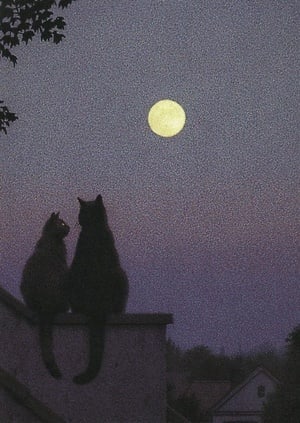 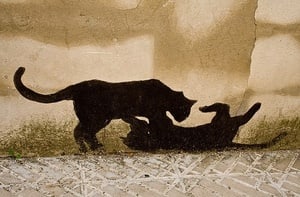 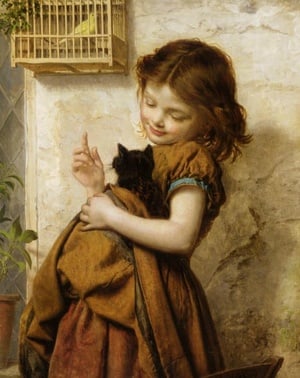 Although cats of all types have been associated with the occult by different cultures, black cats in particular are noted most in folklore. Several legends exists about black cats being evil, causing bad luck, being the familiars of witches, and many other dark things.

Why is it that cats, and black cats in particular, are given these attributes? There are several possible things that may be the cause.


Cats are primarily nocturnal; from the cute little house cats to the very dangerous pumas and lions. Also, they are great stalkers allowing them to sneak around at night making humans very paranoid. Being associated with the darkness of night didn't help their image because the color black has always been associated with evil due to our ancestor's fear of the night.


For a long time in Europe pagan religions such as witchcraft were the dominate belief. These religions were tightly associated with the animals of nature, including the cat. During the rise of the Christian religion in Europe, the church decided that witchcraft was evil and since they attributed cats to witches, cats were deemed evil by proxy.

Aside from the Christian accusations there are also old myths that may attribute bad luck to cats. Supposedly, King Charles I of England owned a black cat and the day it died he was arrested. An old sailor's legend said that meeting cats in the shipyard meant an unpleasant voyage of storms or other bad luck. In Babylonian folklore a curled up cat on the hearth is seen as similar to evil serpent.


Often times a cat will exhibit strange actions like seeing something that is unseen or batting at nothing in the air. This coupled with their amazing ability to see well in near darkness has created the myth that cats can see spirits or ghosts, another potentially evil pastime.

During witch trials, cats were often tortured and killed by Christian puritans along with the supposed witches. Some thought that witches had the ability to change shape into a cat, others thought that both cats and witches are evil so they must be in cahoots. Many people also think that witches sacrifice cats during their rituals which is foolish because witchcraft is a very nature-friendly religion. However, due to communal reinforcement, to this day many animal shelters will not allow the adoption of cats around Halloween for fear of their abuse.


In Japan the Maneki Neko (Beckoning Cat) is considered a symbol of good luck. In Russia, their Russian Blue breed of cats are supposed to be good luck as well. In Latvian tradition, black cats embody the spirit of Rungis, a god of harvests, which is good luck for farmers to have around. In the UK black cats are associated with good luck, and have been for ages.

Why I Love Monsters by Monstermaster

The Witch's Familiars-Cats by Katherine Fall