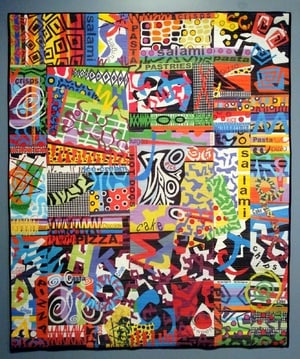 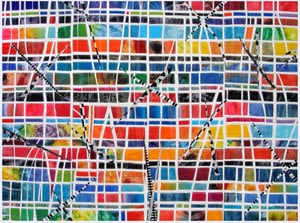 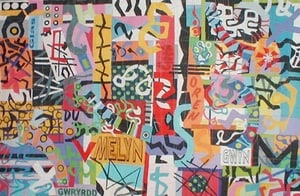 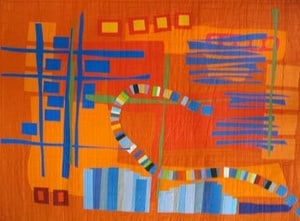 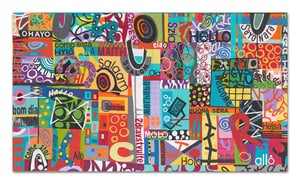 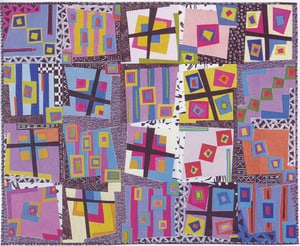 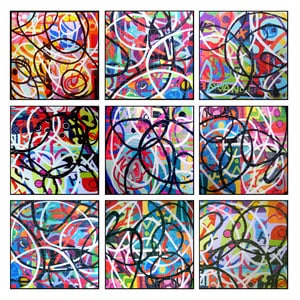 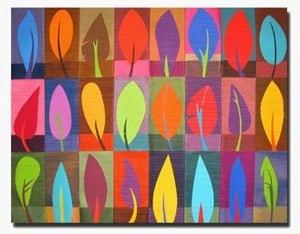 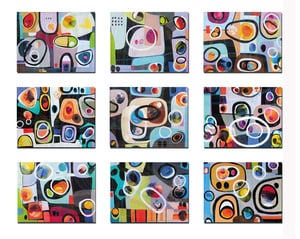 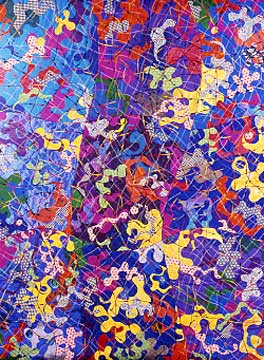 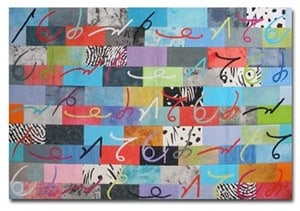 "Bethan Ash is a full-time quilt artist living in Cardiff, South Wales. After studying textile design at art college, she specialised
and graduated with a fellowship in shoe design before embarking on a career as a designer in the fashion industry.

Following the birth of her son she became interested in quilt-making and has subsequently been producing art quilts since
the 1980's. She believes that 'Colour is the subject matter of quilt-making' and this is shown in her distinctively devised art
quilts of colour that vibrate in abstract and geometric shapes of clean, crisp, lines.

Her work has been shown in many solo and group exhibitions - both at home and abroad and it has been acquired by public
establishments in the UK and US, including that of the Museum of Art and Design (MAD), New York. Her work can also be
found in private collections in Europe, the US and Japan.

Her art quilts have been written about extensively and she has been the recipient of international awards, including that of two
National Eisteddfod awards in 1994 and 2008. She has also served as a selector for a number art and craft groups that include:
The Makers Guild in Wales, The Contemporary Quilt Group, The Urrd Eisteddfod, Welsh Artist of the Year competition and
'EXNA IV', Switzerland. In 2002 she was chosen by the Welsh Office to represent Wales in an exhibition of Welsh art and craft
with the Hankyu Corporation, Osaka, Japan.

Bethan has given workshops and talks on contemporary techniques in quilt making and has previously been employed to work
with the public on Interactive quilt projects that include; The Butetown History and Art Centre Community Quilt and The Owain
Glyndwr Centenary Quilt.

She actively supports a number of groups and is currently a member of the groups; Quilt Art, The Society of Designer Craftsmen,
Studio Art Quilt Associates (SAQA). In 1999 she was the principal founder of the Welsh group Fibre Art Wales, since working as
the groups chairman and webmaster."

Cris Urena for Neiman Marcus I by JaimeLeah

Favorite Lists by Clay by Clay

Faces So Beautiful It Hurts - Nastassia Lindes by parryj

My Latin American Lists by Kenji

A Grand Tour of South America by Kenji