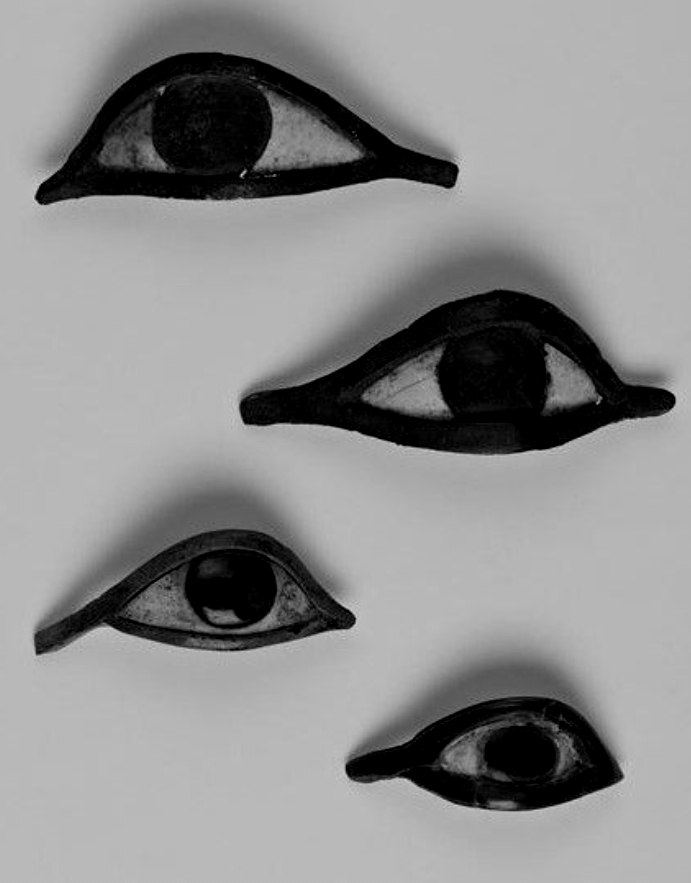 Sure, eye makeup might not rank alongside fire or the wheel as one of the most important discoveries in human history, but it gives the Egyptians a run for longevity. Since they first invented eye makeup as far back as 4000 B.C., it's never gone out of style. Even more impressive, some cosmetically-minded cultures still create makeup using the same techniques pioneered by the Egyptians thousands of years ago. They combined soot with a mineral called galena to create a black ointment known as kohl, which is still popular today. They could also create green eye makeup by combining a mineral called malachite with galena to tint the ointment.

For the Egyptians, makeup was not limited to women. Status and appearance went hand in hand, and as far as the upper class was concerned, the more makeup the better. Fashion was only part of the reason for the Egyptians' notoriously heavy hand when applying eyeliner. They also believed that applying a thick coating of the stuff could cure various eye diseases and even keep them from falling victim to the evil eye. 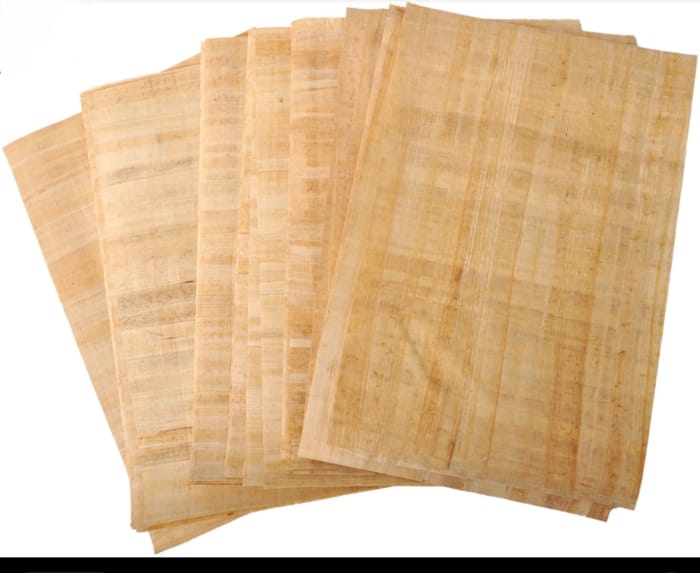 No one will deny that the Chinese changed the world forever with the invention of paper around 140 B.C., but what many people don't know is that the Egyptians had developed an admirable substitute thousands of years earlier from the papyrus plant [source: UCLA]. This stiff, reedlike plant grew (and continues to grow) in the marshy areas lining the Nile, among other places. Its tough, fibrous interior proved ideal for making durable sheets of writing material, along with sails, sandals, mats and other necessities of ancient Egyptian life. After the sheets were made, they were often combined into scrolls, which were then filled with everything from religious texts to literature and even music.

Ancient Egyptians kept the time-consuming process of manufacturing papyrus a closely guarded secret, allowing them to trade papyrus sheets throughout the region. Because the process was never documented, it was ultimately lost until Dr. Hassan Ragab found a way to make papyrus sheets in 1965 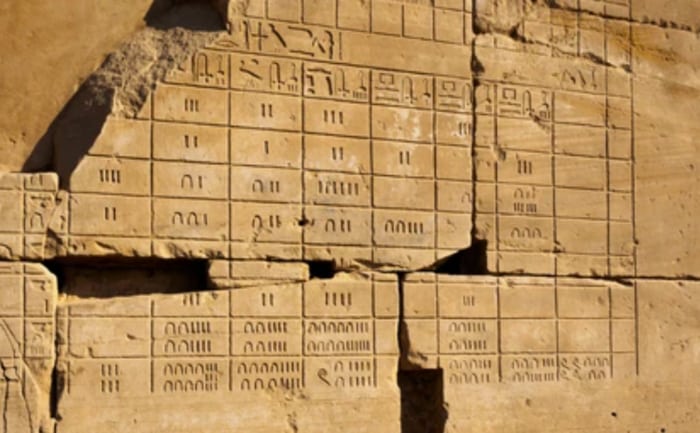 Without a calendar, ancient Egyptians had no way of knowing when the annual flooding of the Nile would begin. Without that knowledge, their entire agricultural system would be put at risk, so a few thousand years before the common era, they started using one.

Their civil calendar was so closely tied into farming that the Egyptians divided it up into three main seasons: inundation, growing and harvest. Each season had four months, with each month divided into 30 days. Adding it all up, you get 360 days a year -- a bit short of an actual year. To make up the difference, the Egyptians added five days between the harvest and inundation seasons. These five epagomenal days, were designated as religious holidays set aside to honor the children of the gods 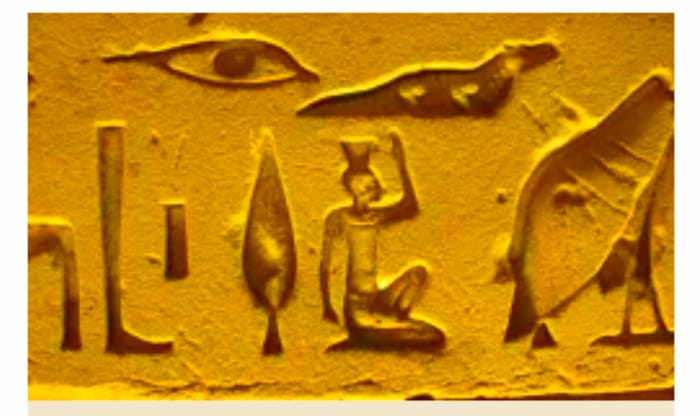 The use of drawings to tell stories is certainly nothing new; cave paintings found in France and Spain date all the way back to 30000 B.C. [source: Wherely]. But drawings and paintings wouldn't evolve into the first written language for thousands of years, when the first writing systems arose out of Egypt and Mesopotamia.

The Egyptian writing system began with pictograms, the first of which date back to 6000 B.C. [source: Harrow]. Pictograms were simple depictions of the words they represented, but they had limitations. Over time, Egyptians added other elements to their writing system, including alphabetlike characters that stood for certain sounds and other characters, allowing them to write out names and abstract ideas.

Today, everyone knows the Egyptians for the creation of hieroglyphics, which contained a mixture of alphabetic, syllabic symbols, as well as ideograms -- pictures that stood for whole words -- found extensively within Egyptian tombs and other places. The writing tells tales of war, politics and culture that give us a great understanding of ancient Egyptian society. Of course, we have the Rosetta stone to thank for our ability to interpret the writing. Its discovery, along with the work of French scholar Jean-Francois Champollion to decode the stone, marked the end of a 1,500-year-period during which Egyptian writing was shrouded in mystery [source: Discovering Egypt].
Interesting list of things invented by ancient Egyptian people.

Information is taken from howstuffworks.com

SHAKIRA WITHOUT MAKEUP by Fae Tae