Amanda Bynes: Is the former child star having ... 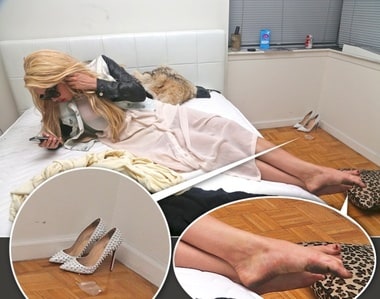 Regardless of how clear the photos are, Bynes says it isn't her. "That's not my bed! Those aren't my toes! My toes are pedicured!" Bynes posted on Twitter on May 22. The photos show Bynes with blackened feet, unkempt toenails and suspicious bags of unknown substances littered around the apartment. 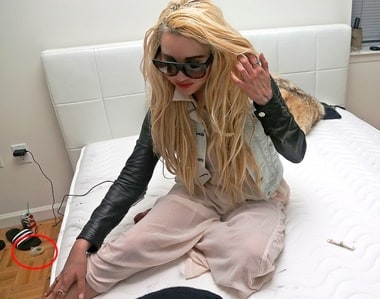 Suspicious bags holding unknown substances are pictured next to the troubled starlet and the bare bed. The acquaintances seen with Bynes in the party photos allege that they did in fact rage with the starlet and saw her smoking marijuana. 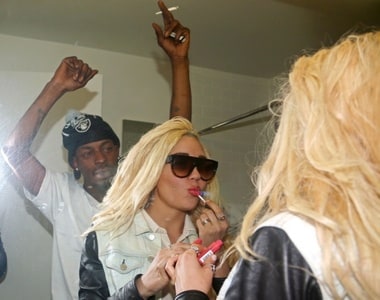 Just days before being arrested for reckless endangerment, tampering with evidence and marijuana possession, Amanda Bynes was snapped partying with the best of 'em. Besides just rumors of drug-fueled party nights at her Big Apple apartment, Amanda Bynes must now face photos that have surfaced of herself and friends partying inside her high-rise. The troubled starlet has since denied that the photos are actually of her, though even a quick glance shows a blond who's a dead ringer for the actress. Here, Bynes and a friend holding a suspicious looking cigarette are caught red-handed in a party photo. Take a look inside Bynes' New York City party pad ... 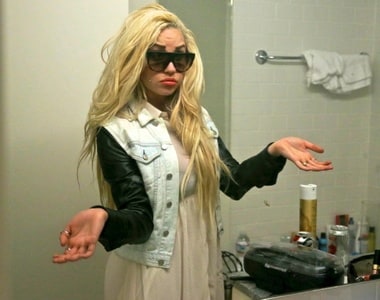 Besides being in denial over the party photos, Bynes has also stated that she wasn't arrested. "Don't believe the reports about me being arrested. It's all lies. I was sexually harassed by one of the cops," Bynes tweeted on May 25. The NYPD once again on May 28 denied any wrongdoing during the arrest and said it had a witness to back the department up. 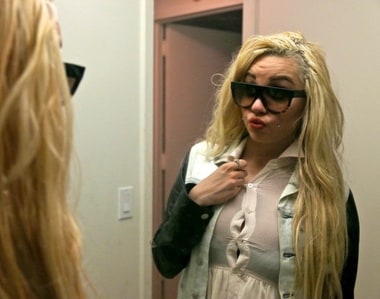 We're sure she can afford clothing that fits! The former child actress is pictured in a see-through white dress that's bursting at the seams in the party photos. 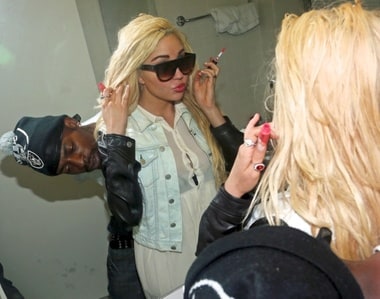 Like what you see? Bynes and an acquaintance are pictured in her bathroom mirror. Bynes seems more amused by her lip gloss than by the man's antics. 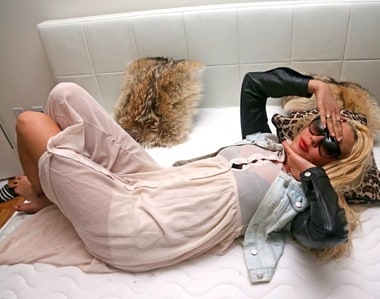 Bynes' acquaintances told In Touch that there's weed everywhere in her apartment. "On the bed, all over the floor." 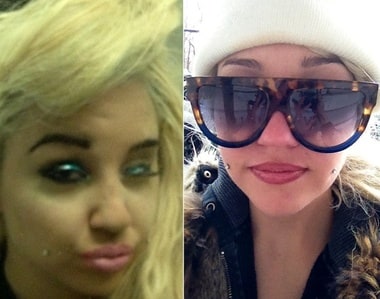 Who's that girl? Amanda Bynes showed off an edgy new look in March 2013, revealing on Twitter she had gotten double cheek piercings. The former Nickelodeon star's wild antics have her family concerned. According to E! News, the star's weird behavior has her family ready to "step in if needed." Questions about Bynes' mental health have come up in the past two years amidst a string of erratic incidents and odd behavior from the actress. 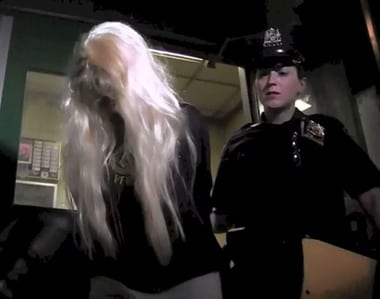 Bynes' court drama began when staff at The Biltmore called police after they spotted the former TV star smoking weed in the luxury building's lobby on May 23, 2013. When officers arrived at Bynes' 36th floor pad, she chucked the foot-long bong out the window. She was taken to Roosevelt Hospital to undergo a psychiatric evaluation, sources said. So how did it all go wrong for the troubled star? Take a look at her bizarre behavior ... 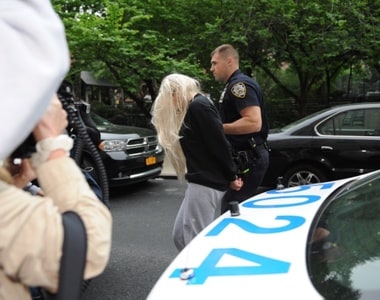 Keeping her face covered with her long mess of blond hair, Amanda Bynes barked at reporters milling around Manhattan Criminal Court as she awaited arraignment. "I'm feeling fine. How are you feeling?" Bynes told the crowd. "Can I ask you something? I would like to have no photographers in there. Is that okay?" she said.
Amanda Bynes caught partying in NYC apartment before arrest: Is the former child star having a meltdown?

When Janice Dickinson Was in Vogue by TrekMedic

When Rosie Vela Was In Vogue by TrekMedic

When Christy Turlington Was In Vogue by TrekMedic

The Green Mountain State by TrekMedic

Wedding dresses one shoulder by Milenusia

The Tao of Lily Collins by TrekMedic

When Linda Evangelista Was In Vogue by TrekMedic

When Veruschka Was In Vogue by TrekMedic

The Tao of Emma Stone by TrekMedic

The Show-Me State by TrekMedic

A cute dog liked to dress beautiful by Milena