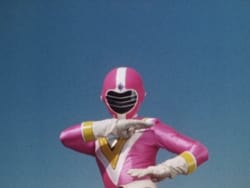 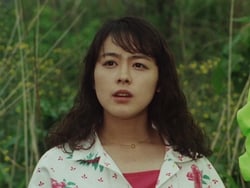 Why I don't like her?
I don't hate her. She's just the weakest among the "meh" Pink Rangers. It's nothing against her personally. 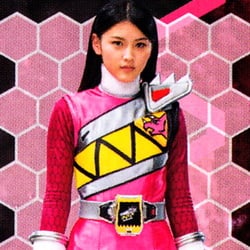 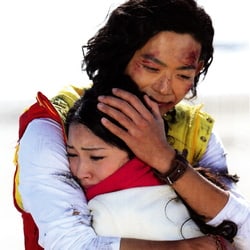 
Why I don't like her?
I do like her. But screw that Daigo relationship nonsense! That is pretty much the only reason she is here.
jenndubya's rating: 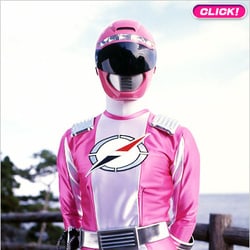 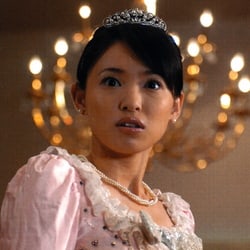 
Why I don't like her?
Again, I don't hate her. Her searching for her smile story is pretty interesting. But her obsession with Satoru is pretty damn creepy and she needs to stop that crap.
jenndubya's rating: 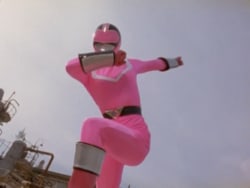 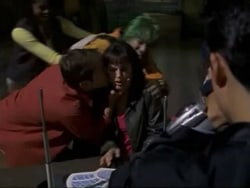 Wait, isn't she on your best Pink Rangers list?
Yes, she is.
Jen is a double-edged sword for me. I love her for giving me a Ranger namesake and bad ass female leader. However, the writing for her character is atrocious. They turn someone, who should in all rights be the protagonist of the story, into just some girl for the actual protagonist to win over romantically.
And I'm not getting into the fact that I find that "romance" creepy as hell because that will open a whole new can of worms.
jenndubya's rating: 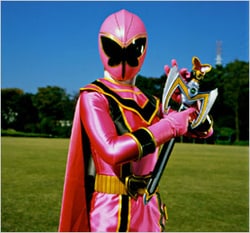 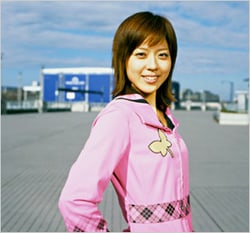 
Why I don't like her?
I honestly can't even tell you. Something about her just really rubs me the wrong way, and I wish I could put it into words, but I can't even pinpoint a proper example.
jenndubya's rating: 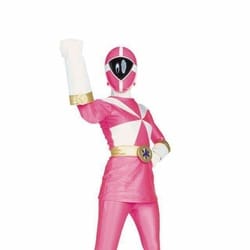 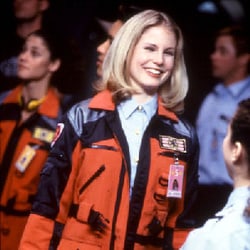 Why I don't like her?
Three words: In the Limelight.
That episode was horrible and turned an already underdeveloped character into The Worst™. The only thing that saves it is that Kelsey is the best.
Also, I have major problems with how she tried to disarm the gunman in Go Volcanic because not only was it reckless, but the way she went about it was not safe at all.
jenndubya's rating: 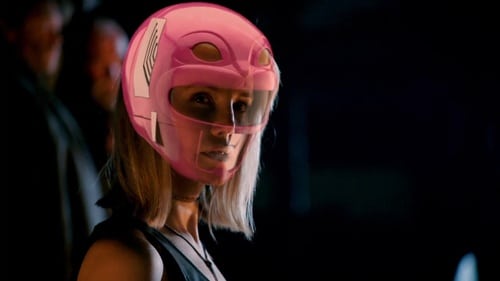 Why I don't like her?
I do like her! I just don't like what they did to her character in Lost Galaxy and how they made her so bland.
She just feels so out of character to me most of the time, and that's not even taking into account the episode that actually was written for another character and all they did was swap the Pink Ranger's name out.
In my perfect world, Karone's last episode was Countdown to Destruction. Anything after that didn't happen.
jenndubya's rating: 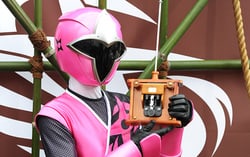 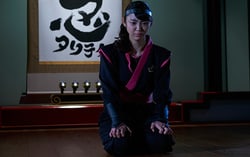 Why I don't like her?
As one of Ninninger's biggest fans, Kasumi really rubs me the wrong way. The way most people feel about Daigo from Kyōryūger is how I feel about Kasumi. She is way too "perfect" to the point that it actually breaks the show! (Something I don't think Daigo even did to her extent.) Episode 39 should have been the episode that "fixed" her, but nope. She reset right back to her old self.
Power Rangers Ninja Steel is keeping a lot of the same character traits in Sarah, but is also making her a) more likable and b) more grounded in reality. And Ninja Steel is a freaking live action cartoon that I definitely have some issues with! So the character can be done right.
Although, to be fair, I do like her in the Ninnin Girls VS Boys movie, but I also just really love that movie and find it a throwback to the awesome 2000s era of Super Sentai.
jenndubya's rating: 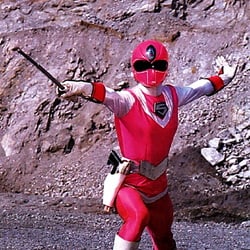 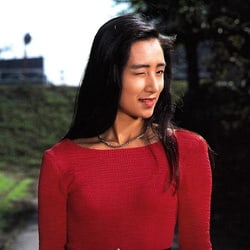 Why I don't like her?
When you really get down to it, most of the really big things I can't stand about her were from Toshiki Inoue episodes - which includes cruelty towards a cat! And anyone that knows me would tell you that my cats are the world to me, so fuck off Momoko!
Also, I don't really find the team all that endearing in general so nothing is there to even try to sway me around.
jenndubya's rating: 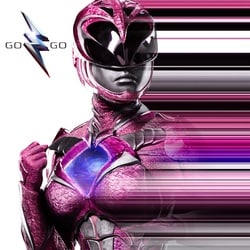 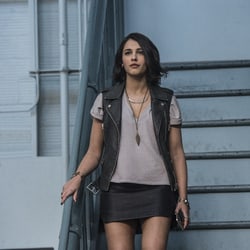 Why I don't like her?
While the rest of her team are well-intended screw-ups, Kimberly is actually a horrible person.
Her entire thing is that she purposefully spread around one of her friend's nude photographs. While she may have acted apologetic to the rest of the team, Kimberly actively pulled out the picture in question and showed Jason like it was no big deal. (And this was after she accidentally destroyed her phone, meaning she more than likely would've had to actively seek out the photo to have a copy.) Then, when her former "friend" got caught in the way of a monster attack, Kim gloated like it was the retribution that her friend deserved.
So fuck you for sullying the name of one of my childhood heroes!
jenndubya's rating:

My top 10 worst written Pink Rangers within both Power Rangers and Super Sentai.

From "meh" to "badly written love interests" to "just write them better" to "I hate you so much. Go away."

Heels in the water by heel99

Who Wore It Better: Power Rangers Edition by jenndubya

Counting Down the Best of Yasuko Kobayashi by jenndubya

Worst. Games. EVER. (That I've Actually Played) by jenndubya