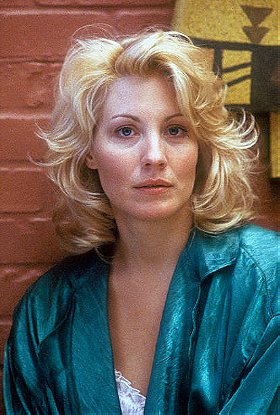 5 votes
Women I thought were beautiful when I was a kid (13 items)
list by reallly
Published 6 years, 5 months ago

Kozlowski debuted in the 1981–1982 off-Broadway production, How It All Began. She played "Miss Forsythe" on Broadway in Death of a Salesman and in 1984 took the same role in the film version of 1985.

Her big break came in 1986 when she was cast as the female lead opposite Paul Hogan in the Australian film Crocodile Dundee, in which their on-screen chemistry spilled over into a real relationship. Two years later, she revisited her starring role with Hogan in Crocodile Dundee II. Also in 1988 she starred with Bill Paxton, Tim Curry and Annie Potts in Pass the Ammo.

sunshine97 voted for an image 7 months ago

skipperbrian posted a comment on this image 1 year, 8 months ago

psow voted for an image 1 year, 11 months ago

reallly added this to a list 6 years, 5 months ago