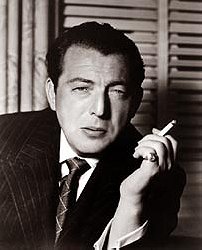 27 votes
My favorite film of my favorite directors (215 items)
list by Rath
Published 7 years, 11 months ago

After the war he went to Hollywood, where he first worked as a film cutter, and later as an assistant director. Howard Hughes promoted Milestone to director, and one of his early efforts, the 1928 film Two Arabian Knights, won him an Oscar in the first Academy Award ceremony. He also directed The Racket, an early gangster film, and later helped Hughes direct scenes for his aviation saga Hell's Angels (for which he never received credit).

Milestone won his second Academy Award for All Quiet on the Western Front, a screen adaptation of the antiwar novel by Erich Maria Remarque. His next, The Front Page, brought the Ben Hecht/Charles MacArthur play to the screen. It earned him another Oscar nomination. He worked extensively in television from the mid 1950s.

nicolee added this to a list 2 years, 11 months ago

darthjoker12 added this to a list 6 years, 10 months ago