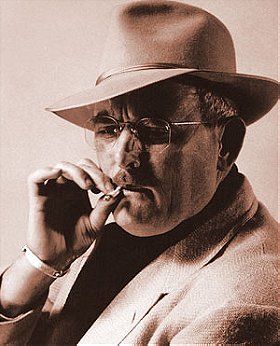 In 1932, Henry Ralston of Street and Smith Publications contacted Dent with a proposition for a new magazine. Ralston had scored a great success with The Shadow magazine, and was interested in developing a second title around a central character. He had in mind an adventure hero, which appealed to Dent's love of that genre. While Dent was unhappy to later discover that his stories would be published under a house name, he was happy to receive $500 per novel (which would later increase to $750), and accepted Ralston's offer.

Issue Number 1 of Doc Savage magazine hit the stands in February, 1933; within 6 months it was one of the top selling pulp magazines on the market. Much of the success stemmed from Dent's fantastic imagination, fueled by his own personal curiosity. Dent was able to use the freedom that his new-found financial security allowed him, to learn and to explore. In addition to being a wide-ranging reader, Dent also took courses in technology and the trades. He earned both his amateur radio and pilot license, passed both the electricians' and plumbers' trade exams, and was an avid mountain climber. His usual method was to learn a subject thoroughly, then move on to another. An example is boating: in the late 1930s, Dent bought a 40 foot two-masted schooner. He and his wife lived on it for several years, sailing it up and down the eastern coast of the US, then sold it in 1940. The Dents traveled extensively as well, enough to earn Lester a membership in the Explorers Club.

Doc Savage Magazine ceased publication in 1949. Of the 181 Doc Savage novels published by Street and Smith, 179 were credited to Kenneth Robeson; and all but twenty were written by Dent. Dent suffered a heart attack in February 1959. He was hospitalized, but subsequently died on March 11, 1959. Dent is buried in the La Plata cemetery. ... (more) (less)
Tags: Pulp Writer (1), Doc Savage (1)
My tags:

1. The Shadow: "The Golden Vulture" and "Crime, Insured"

3. The Shadow: "The Golden Vulture" and "Crime, Insured"