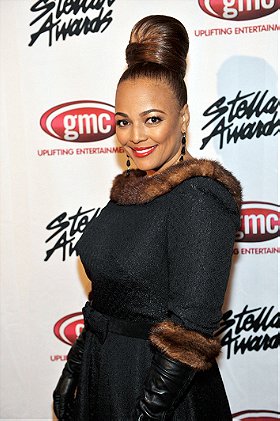 Career
1977–79: Early career[
Before appearing on Facts of Life, Fields co-starred in a short-lived sitcom called Baby, I'm Back with Demond Wilson and Denise Nicholas, and appeared in a television commercial for Mrs. Butterworth's pancake syrup. She later appeared on Good Times as a friend of Penny Gordon Woods, played by Janet Jackson. Her real-life mother, Chip Fields, guest-starred on Good Times as the mother of Penny. Kim's episodes on Good Times were "The Snow Storm" and "The Physical."

1979–88: The Facts of Life and music career
Fields played the role of Dorothy "Tootie" Ramsey on the sitcom The Facts of Life from 1979 to 1988. Even decades later, many still recognize her catchphrase, "We're in troouu-ble!" When the show began production, Fields was so short that the producers put her on roller skates during the first season so that they could avoid difficult camera angles. However, she later lost a role as Arnold Jackson's girlfriend on The Facts of Life's parent show Diff'rent Strokes because she was taller than Gary Coleman, who played Arnold. In 1984, during the run of Facts of Life, Fields released two singles on the Critique Records label: the disco/Hi-NRG "He Loves Me He Loves Me Not" (which became a minor club hit), and "Dear Michael" (which became a minor R&B hit, reaching #50).

1989–2009: Education, Living Single and directing
After taking time away from acting to attend Pepperdine University. Fields also appeared in a 1993 episode of The Fresh Prince of Bel-Air, in which Will Smith pretended to marry her in an attempt to seduce her. Fields had a starring role in the hit Fox sitcom Living Single from 1993 to 1998 as Regina "Regine" Hunter. After the cancellation of Living Single, Fields began performing rap music and R&B with a group called Impromp 2.[citation needed]With her degree from Pepperdine University, Fields began directing. Fields directed a number of episodes of the All That! spin-off Kenan & Kel, in which she also appeared in two episodes. She has worked as a director on the sitcoms Tyler Perry's Meet the Browns, Tyler Perry's House of Payne and BET's Let's Stay Together. Fields guest-starred on television series such as One on One, The Golden Palace, and appeared as herself on HBO's The Comeback. On February 1, 2007, Fields was reunited with Lisa Whelchel on WFAA-TV's Good Morning Texas. Fields was in Dallas to promote her appearance in the production Issues: We've All Got 'Em when Whelchel was introduced as a surprise guest. It marked the first time in six years (since The Facts of Life Reunion movie) that Fields and Whelchel had seen each other.

2010–present
On August 18, 2015, it was announced that she would be joining the cast of Bravo reality television show The Real Housewives of Atlanta for its eighth season. On March 21, 2016, she announced that she would not return to the show for another season. On March 8, 2016, Fields was announced as one of the celebrities who will compete on season 22 of Dancing with the Stars. She was partnered with professional dancer Sasha Farber. On May 2, 2016, during a double elimination, Fields and Farber were eliminated and finished the competition in 8th place.

Personal life
Fields was married to film producer Jonathon Freeman from 1995-2001. Fields gave birth to her first child, Sebastian Alexander Morgan, by then-boyfriend, Broadway actor Christopher Morgan on May 4, 2007. The couple introduced their son the following week in People magazine. On July 23, 2007, they were married in a private ceremony officiated by Pastor Donnie McClurkin. On July 24, 2013, she announced on the talk show, The Real, that she and her husband were expecting another child, a boy. The couple welcomed their second son, Quincy Morgan, on December 3, 2013 in Atlanta, Georgia. ... (more) (less)
Tags: Actress (1), Born 1969 (1)
My tags:

5. What To Expect When You're Expecting (2012)
View all Kim Fields movies

william maxey 83 added this to a list 5 years, 1 month ago
People...Celebs born in May.Taurus and Gemini (47 person items)

Milena added this to a list 6 years, 1 month ago
Dancing with the Stars (United States) (296 cars items)

Leo added this to a list 6 years, 4 months ago
Dancing with the Stars participants (348 person items)