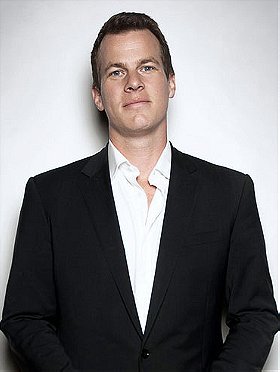 24 votes
The Trivia of: Inception (13 items)
list by brawljeff
Published 10 years, 2 months ago

12 votes
Why The Nolan Batman Trilogy Does Not Work (10 items)
list by PvtCaboose91
Published 7 years, 9 months ago

4 votes
Who Should Be DC's Answer To Kevin Feige? (10 items)
list by europeanactors
Published 5 years, 2 months ago

Graduated from Georgetown University in Washington, D.C. in 1999. Majored in English.

Shortly after graduating from Georgetown University, Jonathan Nolan served as a production assistant on Memento (2000).

Wrote the short story, "Memento Mori", on which the film Memento (2000) is based.

4. The Fire Rises: The Creation and Impact of the Dark Knight Trilogy

5. Do You Trust this Computer? (2018)
View all Jonathan Nolan movies

doombrain added this to a list 4 years, 7 months ago

onlycelebs added this to a list 4 years, 7 months ago

europeanactors added this to a list 5 years, 2 months ago

Who Should Be DC's Answer To Kevin Feige? (10 person items)

"Jonathan knows how to make a comic book movie. He pitched a Batman movie idea to his brother. They wrote The Dark Knight Trilogy together along with David David Samuel Goyer. Jonathan Nolan may not be done with the DC Universe. He is interested in "taking a crack" at another DC property in the future."