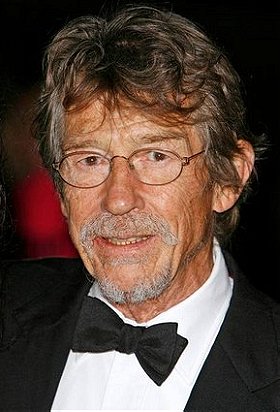 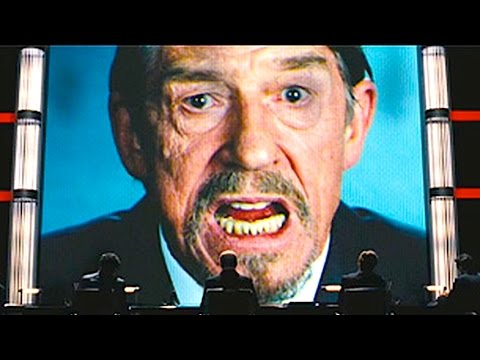 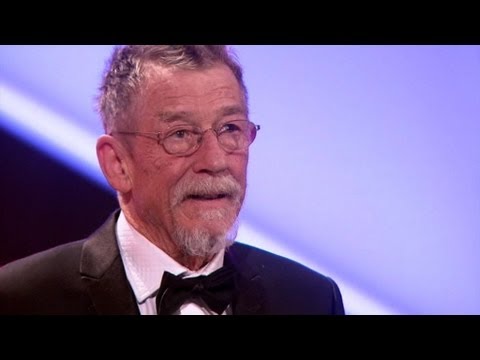 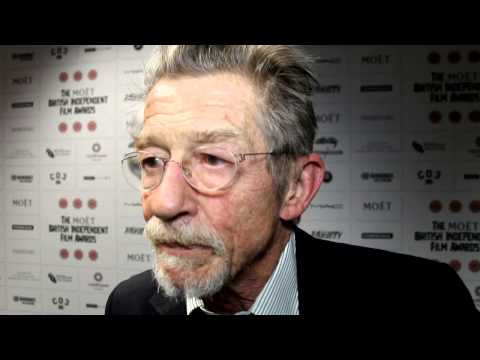 Hurt was known for his leading roles as Joseph Merrick (billed as John Merrick) in The Elephant Man, Winston Smith in Nineteen Eighty-Four, Mr. Braddock in The Hit, Stephen Ward in Scandal, and Quentin Crisp in The Naked Civil Servant and An Englishman in New York. Recognizable for his distinctive rich voice, he has also enjoyed a successful voice acting career, starring in films such as Watership Down, The Lord of the Rings and Dogville, as well as the BBC television series Merlin.

Hurt initially came to prominence for his role as Richard Rich in the 1966 film A Man for All Seasons, and has since appeared in such popular motion pictures as: Alien, Midnight Express, Rob Roy, V for Vendetta, Indiana Jones and the Kingdom of the Crystal Skull, the first, penultimate, and last Harry Potter films, the Hellboy film series, and Tinker Tailor Soldier Spy. Hurt is one of England's best-known, most prolific and sought-after actors, and has had a versatile film career spanning six decades. He is also known for his many Shakespearean roles. His character's final scene in Alien is consistently named as one of the most memorable in cinematic history.

John Hurt was born in Chesterfield, Derbyshire, when his father was vicar of Shirebrook. He is the son of Phyllis (née Massey), an amateur actress and engineer, and Arnould Herbert Hurt, a mathematician who became an Anglican clergyman. Hurt has an older brother, Br. Anselm (born Michael), a Roman Catholic convert, who became a monk and writer at Glenstal Abbey, to whose books his younger brother John has contributed.

Hurt also has an adopted sister, Monica. His father was a vicar at St John in Sunderland, but in 1937 he moved his family to Derbyshire, where he became Perpetual Curate of Holy Trinity church. When John was five, his father became the vicar of St Stephens Church at Woodville, South Derbyshire and remained there until 1952. In 1945, John's father founded 1st Woodville (St Stephens) Scout Group which is still going strong today.[citation needed]
Hurt had a strict upbringing: the family lived opposite a cinema but he was not allowed to visit. He was also not permitted to mix with local children because in his parents' view they were "too common". Hurt's mother died in 1975, and his father died in 1999 at the age of 95.

At the age of eight he was sent to the Anglican St Michael's Preparatory School in Otford, Kent, where he eventually developed his passion for acting. He decided he wanted to become an actor, and his first role was that of a girl in a school production The Bluebird (L'Oiseau Bleu) by Maurice Maeterlinck. While he was a pupil at the school he was abused by Donald Cormack (now deceased), then Senior Master of the school and later Head Teacher (until his retirement in 1981). Hurt described how Cormack would remove his two false front teeth and put his tongue in the boys' mouths, and how he would rub their faces with his stubble. Hurt said that the experience affected him "hugely".

His father moved to St Aidan's Church in Cleethorpes, Lincolnshire. Hurt (then aged 12) became a boarder at Christ's Hospital School (then a grammar school) in Lincoln, because he had failed the entrance exam for admission to his brother's school. Hurt often accompanied his mother to Cleethorpes Repertory Theatre, but his parents disliked his acting ambitions and encouraged him to become an art teacher instead. His headmaster, Mr Franklin, laughed when Hurt told him he wanted to be an actor, saying "you wouldn't stand a chance in the profession."

Aged 17, Hurt enrolled in Grimsby Art School (now the East Coast School of Art & Design), where he studied art. In 1959 Hurt won a scholarship allowing him to study for an Art Teachers Diploma (ATD) at Central St. Martins College in Holborn, London. Despite the scholarship, paying for his studies was financially difficult and so he persuaded some of his friends to pose nude and sold the portraits. In 1960 he won a scholarship to RADA where he trained for two years. He was then cast in small roles on TV.

Hurt's first film was The Wild and the Willing (1962), but his first major role was as Richard Rich in A Man for All Seasons (1966). His portrayal of Quentin Crisp in the 1975 TV play The Naked Civil Servant gave prominence and earned him the British Academy Television Award for Best Actor. The following year, Hurt played the Roman emperor Caligula in the BBC drama serial, I, Claudius. In 1978, he appeared in Midnight Express, for which he won a Golden Globe, a BAFTA and was nominated for an Academy Award for Best Supporting Actor (the latter of which he lost to Christopher Walken for his performance in The Deer Hunter). Hurt played Hazel, the heroic rabbit leader of his warren in the film adaptation of Watership Down and later played the major villain, General Woundwort, in the animated television series version.

His roles at the end of the 1970s and the beginning of the 1980s included Kane, the memorable first victim of the title creature in the film Alien (a role which he reprised as a parody in Spaceballs); would-be art school radical Scrawdyke in Little Malcolm; and "John" Merrick in the Joseph Merrick biography The Elephant Man, for which he won a BAFTA and was nominated for a Golden Globe and an Academy Award for Best Actor. He also had a starring role in Sam Peckinpah's critically panned but moderately successful final film, The Osterman Weekend (1983). Also in 1983 he starred as the Fool opposite Laurence Olivier's King in King Lear. Hurt also appeared as Raskolnikov in the BBC series Crime and Punishment in 1980.

Hurt has taken roles in famous political allegories, first playing the hero in an early production and then the tyrannical villain in a later work. For instance, he played Winston Smith in the 1984 adaptation of the novel Nineteen Eighty-Four and then assumed the role of Adam Sutler (a Big Brother-esque leader of a fascist Great Britain) in the 2006 film V for Vendetta, a film that drew many parallels to the world of Orwell's 1984.

In 1985, Hurt starred in Disney's The Black Cauldron, voicing the film's main antagonist, the Horned King. In 1986, Hurt provided the voiceover for AIDS: Iceberg / Tombstone, a public information film warning of the dangers of AIDS. In 1988 He voiced the main role in The StoryTeller, a professional capturer of imagination. He had a memorable supporting role as "Bird" O'Donnell in Jim Sheridan's 1990 film The Field, which garnered him another BAFTA nomination. In 2001, he played Mr. Ollivander, the wand-maker, in the first Harry Potter film, Harry Potter and the Philosopher's Stone. He returned for the adaptation of Harry Potter and the Goblet of Fire, though his scenes in that film were cut. He also returned for Harry Potter and the Deathly Hallows – Part 1 and Part 2. In 1999, Hurt provided narration on the British musical group Art of Noise's concept album The Seduction of Claude Debussy. He was made a Commander of the Most Excellent Order of the British Empire (CBE) in June 2004. During this time, he narrated a four part series on the Universe which was released on DVD in 1999. In May 2008, he appeared in Steven Spielberg's Indiana Jones and the Kingdom of the Crystal Skull as Harold Oxley. He was also the voice of The Great Dragon Kilgharrah, who aids the young warlock Merlin as he protects the future king Arthur, in the BBC television series Merlin.

In 2008, 33 years after The Naked Civil Servant, Hurt reprised the role of Quentin Crisp in An Englishman in New York. This film depicts Crisp's later years in New York. In June 2009, Hurt played the on-screen Big Brother for Paper Zoo Theatre Company's production of Orwell's Nineteen Eighty-Four. The theatre production premiered at the National Media Museum, in Bradford and will be touring during early 2010. Hurt said, "I think Paper Zoo thought it would be quite ironic to have the person who played Winston having risen in the party. From the Chestnut Tree Cafe, he's managed to get his wits together again, now understanding that 2 and 2 make 5, and becomes Big Brother. So it tickled my fancy, and of course I looked up Paper Zoo, and they seem to me to be the sort of company that’s essential in the country as we know it, and doing a lot of really good stuff."

All the Doctors (16 person items)

crazymetalhead added this to a list 10 months, 1 week ago
My favorite celebrities (262 person items)

darthjoker12 added this to a list 2 years, 6 months ago

darthjoker12 added this to a list 3 years, 11 months ago

"Ghost of Christmas Past!"

violete voted for 8 images [View All] 4 years, 1 month ago

moviebuff added this to a list 4 years, 2 months ago
Entertainers Whom We Miss (122 person items)

darthjoker12 added this to a list 4 years, 7 months ago

SwtChaos added this to a list 4 years, 7 months ago

ElHombreMachado3G4 added this to a list 5 years, 9 months ago
Rest in Peace (119 person items)

compcua added this to a list 5 years, 10 months ago
The Disney Factor (155 person items)

darthjoker12 added this to a list 5 years, 10 months ago
Lawrence of Arabia Dream Cast (16 movies items)

SwtChaos added this to a list 5 years, 10 months ago