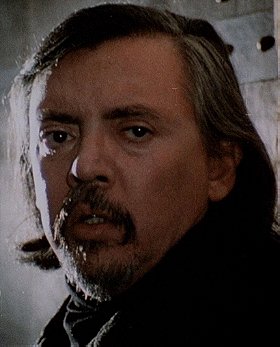 Franco has also worked under innumerable pseudonyms, including David Khune and Frank Hollmann. A big fan of jazz music (and a musician himself), many of his pseudonyms are taken from famous jazz musicians, such as Clifford Brown and James P. Johnson.

Franco's themes often revolved around lesbian vampires, women in prison, and sexual exploration (including several films based on the writings of Marquis de Sade). His movies often contained lengthy scenes of nude women writhing uncontrollably on the floor or in bed, for minutes at a time, in uninterupted shots (such as in Lorna The Exorcist and La comtesse noire, among others). He has also worked in other exploitation film genres, such as cannibal films and nunsploitation.

4. Mari-Cookie and the Killer Tarantula

4. Mari-Cookie and the Killer Tarantula

Kendraatje voted for an image 2 years, 5 months ago

Kendraatje voted for an image 2 years, 10 months ago

LBKitty added this to a list 5 years, 8 months ago
Favorite Directors (47 person items)