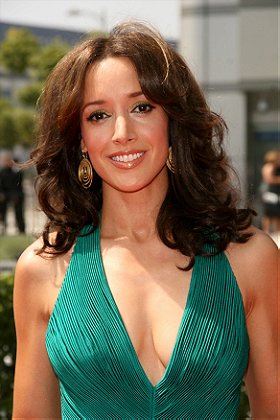 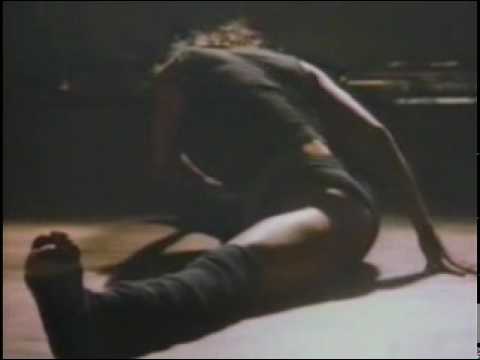 Beals has continued to find acting work with lead roles in obscure independent films and various made-for-television productions, as well as occasional supporting roles mainstream features such as Devil in a Blue Dress (1995), Catch That Kid (2004), The Grudge 2 (2006), and The Book of Eli (2010). One of her most notable roles came in 2004 when she was cast on the Showtime cable TV series "The L Word" (2004), playing a lesbian art gallery manager named "Bette Porter" throughout its entire run until 2009. Her latest role is playing Police Superintendant Teresa Colvin on the Fox Network crime series "The Chicago Code" (2011).

In her personal life, Beals divorced Rockwell in 1996 and married Canadian entrepreneur Ken Dixon two years later. On October 18, 2005, she gave birth to a daughter.

Off-the-shoulder sweatshirt that she accidentally created in her movie Flashdance (1983).

In Devil in a Blue Dress (1995), she plays a woman passing for white who is actually the daughter of an interracial couple. In real life, this is Beals's racial background, too.

She put her career on hold to attend Yale.

While at Yale, she was classmates with David Duchovny, who suggested her for a part on "The X-Files" (1993) (which went to Gillian Anderson).

In the film The Anniversary Party (2001), Beals plays a character who takes photographs of performers which she then gives away, usually to the subjects of the photos. Beals actually does this.

Has an African-American father and an Irish mother.

In Flashdance (1983), the birth date that she fills out on the application form is her actual birth date in real life.

While still a teenager, before she went into show business, she worked as a babysitter for one of her neighbors - Steve Edwards.

Good friends with Elizabeth Berkley. They each appeared in a Joe Eszterhas-written film (Berkley: Showgirls (1995); Beals: Flashdance (1983)), and they appeared together in Roger Dodger (2002). and the last season of "The L Word" (2004).

Has two stepchildren from her husband's previous marriage.

She and her character on "The L Word" (2004), "Bette Porter", are both Yale graduates with an African-American father and a Caucasian mother.

Was offered the part of "Apollonia" for Purple Rain (1984). She turned it down because she wanted to concentrate on college.

Worked at Baskin-Robbins as a teenager.

She was the original choice for the lead role in Pretty in Pink (1986), but the part went to Molly Ringwald.

Close friend of Quentin Tarantino. He often stayed at her home while struggling as a director before making Pulp Fiction (1994).

Thieves took nearly $1,000 from her hotel room while she was on location in Manila, Philippines, shooting the movie Tinikling ou 'La madonne et le dragon' (1990) (TV) (aka "Madonna and the Dragon"), in 1989.

Introduced ex-husband Alexandre Rockwell to Sam Rockwell whom he cast in four films.

1. The Book of Boba Fett

dvirgueza added this to a list 5 days, 9 hours ago
Planet Hot (1956 person items)

ROADKILL41 voted for 5 images 3 months ago

radigast voted for 2 images 4 months ago

Look Left voted for an image 8 months ago

Madinina voted for an image 8 months, 2 weeks ago

darakan voted for an image 10 months ago

One Actress, One Unforgettable Role (and more?) (19 person items)

rollcallaction voted for an image 11 months, 2 weeks ago

ROADKILL41 voted for 2 images 1 year ago

usafsg voted for an image 1 year, 2 months ago

dvirgueza voted for an image 1 year, 7 months ago

perod voted for an image 1 year, 8 months ago

Look Left voted for an image 1 year, 9 months ago