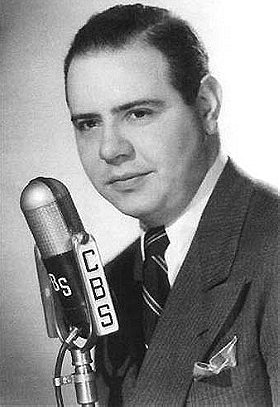 Beck's father, Max Beck, was a silent film actor. Beck had a career in radio, television, and animation dating from 1931 with Myrt and Marge, among other roles. In 1934, he was the announcer for The Adventures of Babe Ruth on the radio. In 1943, he took over as narrator of radio's The Adventures of Superman; it was Beck who intoned the familiar prologue "strange visitor from another planet..." Decades later, he portrayed Perry White, Clark Kent's boss in Filmation's The New Adventures of Superman animated series and was narrator as well. He also impersonated Joseph Stalin and other world leaders for the March of Time radio series, starred as The Cisco Kid on radio from 1942 to 1945 and sleuth Philo Vance in a syndicated series from 1948 to 1950, and served as narrator for the radio adventures of Tom Corbett, Space Cadet.

In 1969, Beck used his deep, dramatic, modulated voice as the narrator of Woody Allen's Take the Money and Run. Three years earlier, he dubbed the English voice of the judge listing Tuco's many crimes before sentencing him to death by hanging in The Good, the Bad and the Ugly. Beck was one of the players in National Lampoon's first comedy album Radio Dinner in 1972. He was prominent as well in Allen's 1987 film Radio Days, dubbing the voice of the on-the-spot newsman. Beck also co-starred in several episodes of the CBS Radio Mystery Theater (CBSRMT).

Beck had a prolific career in animation, becoming one of the regular voice actors at Famous Studios in the mid-1940s. He voiced Bluto in the Popeye cartoons, Little Lulu's father, and Buzzy the Crow, who was a foil for Katnip the Cat in a number of cartoons. Beck used a black dialect for the voice of Buzzy. He was also the voice of King Leonardo in the 1960s TV cartoon series of the same name. He also had a part in the Peanuts 1977 film Race for Your Life, Charlie Brown as the snickering cat, Brutus. He narrated the 1980s G.I. Joe animated TV series. His other voice work included network TV promos (he did a series of promos for NBC's NFL coverage for much of the 1980s), narration for sketches on Saturday Night Live, movie trailers, and commercials for everything from toys to shampoo (one of Beck's very last commercials was for Infusium Shampoo).

Beck also served as a pitchman for products from Combat Roach Killer to Little Caesar's Pizza (he was Caesar, Jr.) In 1999, he narrated a dramatization of L. Ron Hubbard's Dr. Methuselah for NPR's radio series 2000X. Beck also did few onscreen acting roles. A notable one was as mobster Willie Saffire in the crime-based daytime soap opera The Edge of Night from 1968 to 1969.

Beck also recorded voices for children's records such as The Little Engine That Could from Diplomat Records.

In 1994, Beck voiced Darrel the Fifth Fish, Hunter #2, Wickersham Guard #2, the Sneetches and Greedy Ape in Storybook Weaver, and later in 2004, remade as Storybook Weaver Deluxe (his last voice).