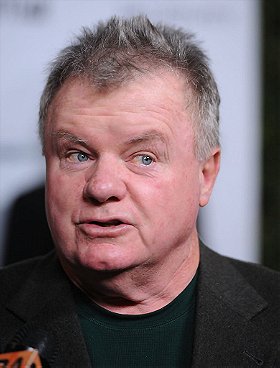 McGee is perhaps best known as Chief Jerry Reilly on the television series Rescue Me. He was a regular cast member on the FX series for three seasons. In 2010, he co-starred as Hickey on the Spike TV comedy series Players.

McGee was born in the South Bronx, New York, the youngest of eight children. He attended Cardinal Hayes High School in the Bronx,where he was class president and also played on the Football team, and appeared as a member of the background harmony in The Young Rascals. In 1977, he became a firefighter for the New York City Fire Department in order to pursue his acting career. As a firefighter, he served with FDNY Engine Co. 89 and Ladder Co. 50 in the Bronx. His first wife was Eileen. His first major role was in the 1985 firefighter film Turk 182.

McGee provided the voice for Mr. White in the 2006 Reservoir Dogs video game. He also is the voice of Big Ed in the World War II game Real Heroes: Firefighter, as well as the driver and engineer in the movie Backdraft.