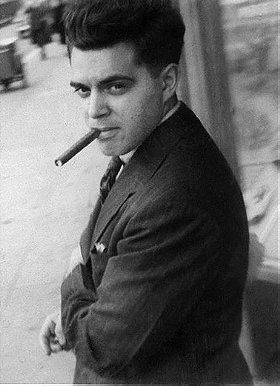 85 votes
What is Art? (78 items)
list by johanlefourbe
Published 9 years, 4 months ago

Kirby grew up poor in New York City and learned to draw cartoon figures by tracing characters from comic strips and editorial cartoons. He entered the nascent comics industry in the 1930s and drew various comics features under different pen names.
In his later years, Kirby, who has been called "the William Blake of comics", began receiving great recognition in the mainstream press for his career accomplishments, and in 1987 he was one of the three inaugural inductees of the Will Eisner Comic Book Hall of Fame.

Kirby was married to Rosalind "Roz" Goldstein in 1942. They had four children, and remained married until his death from heart failure in 1994, at the age of 76. The Jack Kirby Awards and Jack Kirby Hall of Fame were named in his honor.

3. The Masters of Comic Book Art

3. The Masters of Comic Book Art

Agent Kermit D. Fonz added this to a list 1 week, 6 days ago
Gone, but not forgotten (1087 person items)

unicornsugar added this to a list 1 year, 10 months ago
Famous Figures: The Northeast (34 person items)

unicornsugar added this to a list 1 year, 10 months ago
Famous Figures: Other (43 person items)