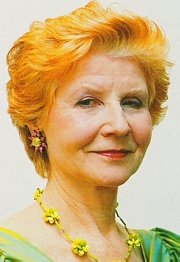 Hermann became a publishing clerk after finishing school and worked as a secretary for ADAC when she met Rainer Werner Fassbinder in 1966, who convinced her to quit her job to work with him, despite her lack of formal training as an actor. In the same year, Hermann already starred in her debut role in Fassbinder's short film The City Tramp (Der Stadtstreicher), and from then on went to play major characters in 19 of Fassbinder's movies including The Merchant of Four Seasons (Händler der vier Jahreszeiten, 1971) and The Bitter Tears of Petra von Kant (Die bitteren Tränen der Petra von Kant, 1972). Beyond their professional relationship, Irm Hermann soon became one of Fassbinder closest confidantes.

4. Fox and His Friends

3. Fox and His Friends

4. The Merchant of Four Seasons

Kandi voted for an image 3 years, 3 months ago