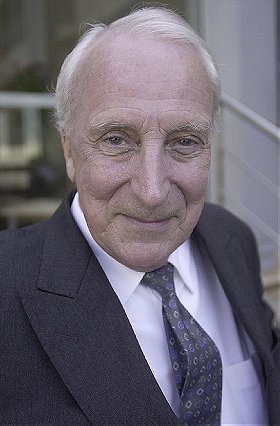 24 votes
Why did you leave? (80 items)
list by MJBubblegum
Published 11 years, 9 months ago

Born the son of John and Margaret (Drummond) Richardson on April 7, 1934, he was educated at Tynecastle School in Edinburgh, and studied for the stage at the College of Dramatic Art in Glasgow, where he was awarded the James Bridie Gold Medal in 1957. He joined the Birmingham Repertory Theatre Company a year later where he played Hamlet as well as John Worthing in "The Importance of being Earnest." In 1960 he joined the Royal Shakespeare Company (then called the Shakespeare Memorial Theatre) and drew excellent notices for his work in "The Merchant of Venice," "Twelfth Night," "The Winter's Tale," "Much Ado About Nothing," "A Midsummer Night's Dream," "The Taming of the Shrew," "The Comedy of Errors" and "King Lear", among others. In 1964 Richardson played the role of the Herald before advancing to the title role of Jean-Paul Marat in the stunning, avant-garde RSC production of "Marat-Sade". In addition, he made his Broadway debut in said role at the very end of 1965, and recreated it to critical acclaim in Peter Brooks' film adaptation with Glenda Jackson as murderess Charlotte Corday. Richardson also went on to replay Oberon in a lukewarm film version of RSC's A Midsummer Night's Dream (1968) that nevertheless bore an elite company of Britain's finest pre-Dames -- Judi Dench, Helen Mirren and Diana Rigg. One of his lower film points during that time period, however, was appearing in the huge musical movie misfire El hombre de La Mancha (1972) in the role of the Padre opposite Peter O'Toole and Sophia Loren. ... (more) (less)
Tags: Deceased (3), British (2), Scottish (2), Voice Actor (2), Male (1), Actor (1), Born 1934 (1), Died 2007 (1)
My tags:

2. Alice Through the Looking Glass