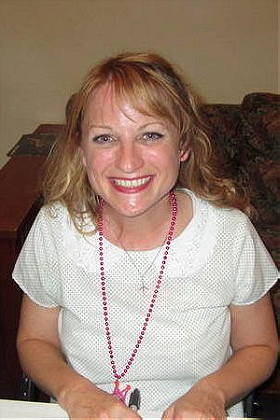 1 vote
View all Hynden Walch pictures
American actress. She is best known for voicing Starfire in the Teen Titans franchise and Princess Bubblegum in Adventure Time. She also voiced Penny Sanchez in ChalkZone, Amore and Lockette in the Nickelodeon version of Winx Club, Elsie in Stanley, and Yutaka Kobayakawa in Lucky Star. She is the current voice of the Disney character Alice. Outside of animation, Walch has appeared in live-action films like Groundhog Day and Jerry Maguire, and TV series like Law & Order.
Tags: American (2), Voice Actor (2), Female (1), Actress (1), Extras (1), Voice Actress (1), Adventure Time (1), Most Familiar Faces That Spoke A Line Or Never Spoke A Line (1)
My tags:

4. The Secret Life of Walter Mitty

1. The Tale of The Princess Kaguya

4. The Secret Life of Walter Mitty

lalabellexoxo added this to a list 4 years, 9 months ago

lalabellexoxo added this to a list 4 years, 9 months ago