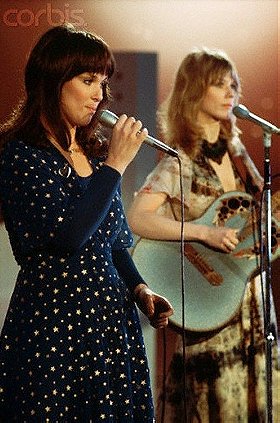 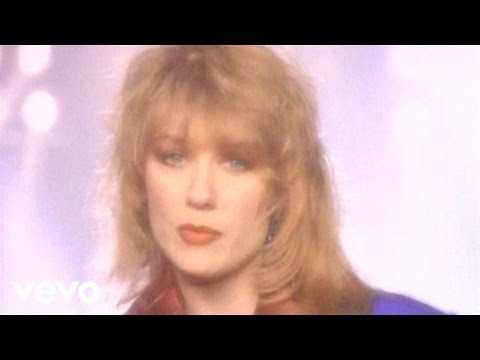 Heart - All I Wanna Do Is Make Love To You 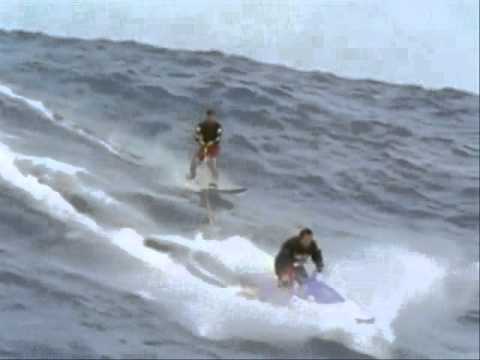 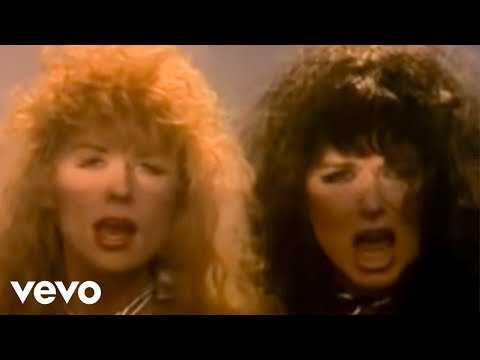 Based in Vancouver, British Columbia, Heart was actually formed in 1963 by bassist Steve Fossen and brothers Roger Fisher and Mike Fisher; initially dubbed the Army, they later became White Heart before settling on simply Heart at the beginning of the '70s. After her arrival in the group, Ann became romantically involved with guitarist Mike Fisher; when Nancy joined in 1974, she in turn began a relationship with guitarist Roger Fisher. Soon after Nancy's arrival, Mike Fisher retired from active performing to become the band's sound engineer. After gaining a following in Vancouver, Heart was approached by Shelly Siegel, the owner of the Canadian label Mushroom; augmented by keyboardist Howard Leese and drummer Michael Derosier, they recorded their debut album, Dreamboat Annie, in 1975.

After selling more than 30,000 copies north of the border, Mushroom issued the LP in the U.S., where it quickly achieved platinum status on the strength of the hit singles "Crazy on You" and "Magic Man." In 1977, Heart jumped ship to the CBS affiliate Portrait, resulting in a protracted legal battle with Siegel, who in 1978 released the unfinished LP Happiness In Magazines on Mushroom shortly after the band issued its true follow-up, Little Queen, on Portrait. The single "Barracuda" was another massive hit, and like its predecessor, Little Queen sold over a million copies.

After 1978's Dog & Butterfly, both of the Wilson/Fisher romances ended and Roger Fisher left the group. In 1980, Heart issued Bebe Le Strange; following a lengthy U.S. tour, both Fossen and DeRosier exited and were replaced by ex-Spirit and Firefall bassist Mark Andes and former Gamma drummer Denny Carmassi. After 1982's Private Audition and 1983's Passionworks slumped, the group was largely written off by industry watchers, and moved to Capitol Records.

In 1985, however, Heart emerged with a self-titled effort that ultimately sold more than five million copies on its way to launching four Top Ten hits: "What About Love?," "Never," the chart-topping "These Dreams," and "Nothin' at All." 1987's Bad Animals continued their comeback success; "Alone" was another number one hit, and both "Who Will You Run To" and "There's the Girl" achieved considerable airplay as well. New Brigade, issued in 1990, featured the number two smash "All I Want to Do Is Make Love to You," as well as the Top 25 hits "I Didn't Want to Need You" and "Stranded." In the early '90s, the Wilson sisters took a brief hiatus from Heart to form Lovemongers, an acoustic quartet fleshed out by Sue Ennis and Frank Cox; in 1992, they issued a four-song EP that included a cover of Led Zeppelin's "The Battle of Evermore." Heart returned in 1993 with Desire Walks On, on which Andes and Carmassi were replaced with bassist Fernando Saunders and drummer Denny Fongheiser. With 1995's The Long Road Home, Heart enlisted onetime Zeppelin bassist John Paul Jones to produce a live, acoustic set reprising hits like "Dreamboat Annie," "Crazy on You," and "Barracuda."

Heart went on hiatus by the late '90s, as the Wilson sisters concentrated on Lovemongers, issuing a pair of albums: 1997's Whirlygig and 1998's Christmas Time Is Here. But Heart wasn't completely silent: they were the subject of one of the better episodes of VH1's Behind the Music; a pair of best-of sets were issued (1998's Greatest Hits covered their early classics, while their later years were spotlighted on 2000's Greatest Hits 1985-1995); and their music continued to pop up in movie soundtracks (2000's The Virgin Suicides, among others). In 1999, Nancy released her first solo album, Live At McCabe's Guitar Shop, and a year later penned the score to her husband Cameron Crowe's hit motion picture Almost Famous, while Ann continued to play with others -- in the summer of 2001, she participated in the A Walk Down Abbey Road: A Tribute to the Beatles tour, which also featured Todd Rundgren, John Entwistle (The Who), and Alan Parsons (The Alan Parsons Project). Heart returned to active recording for Jupiters Darling, released on Sovereign Artists in 2004, and issued Dreamboat Annie Live (a live performance of tracks from the band's debut album, recorded in Los Angeles in 2007) three years later. Red Velvet Car, an all new collection of original material, was released in August 2010. ... (more) (less)
Tags: Rock (3), Usa (2), Hard Rock (2), Nancy Wilson (2), Ann Wilson (2), Mike Fisher (1), Ric Markmann (1), Roger Fisher (1), Steve Fossen (1), Brian Johnstone (1), Michael Derosier (1), Howard Leese (1), Mark Andes (1), Schuyler Deale (1), John Purdell (1), Denny Fongheiser (1), Fernando Saunders (1), Scott Olson (1), Tom Kellock (1), Mike Inez (1)
My tags:

Onion Jack added this to a list 1 month ago

Marshall added this to a list 1 year, 8 months ago
Favorite Bands/singers (71 music items)

Georgini added this to a list 3 years, 9 months ago
Creating a Classic Rock Soundtrack (18 music items) 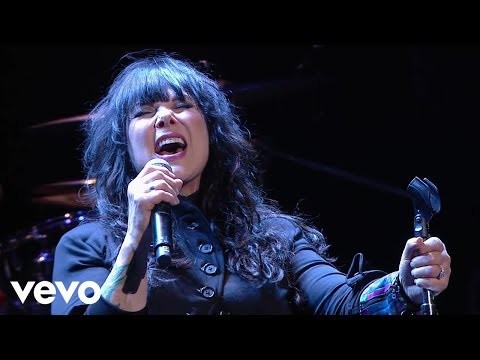 JaimeLeah voted for an image 4 years, 4 months ago

Kandi voted for 9 images [View All] 4 years, 4 months ago

JaimeLeah voted for an image 4 years, 4 months ago

kathy voted for an image 4 years, 4 months ago

Dark Warrior voted for an image 5 years, 7 months ago

moviebuff added this to a list 5 years, 9 months ago
Most Influential Musicians Of All Time (171 person items)