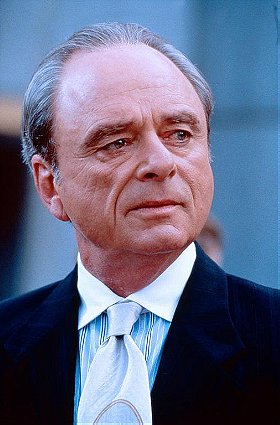 9 votes
Actors With Most We Hate Movies Appearances (424 items)
list by Leo
Published 7 years, 10 months ago

His first prominent film role was in the Brian De Palma film Scarface (1983) as Mel Bernstein. In 1989, he played the role of loud and obnoxious Judge Stephen Wexler in Ghostbusters II.

He appeared in Star Trek: Deep Space Nine, in the episode "Duet". During the second season of 24, he played the Director of the National Security Agency, Roger Stanton. He was nominated for a 1996 Emmy for his portrayal of crime boss, Jerome Belasco, in the television series, Frasier. In the series Buffy the Vampire Slayer, he played Quentin Travers, head of the Watchers' Council. Yulin also appeared in Season 3 of Entourage, in the episode "Return of the King", as studio head Arthur Gadoff.

diabolical dr voodoo added this to a list 3 years, 6 months ago

"Harris Yulin would be George Lowery."

Brian G added this to a list 4 years, 5 months ago