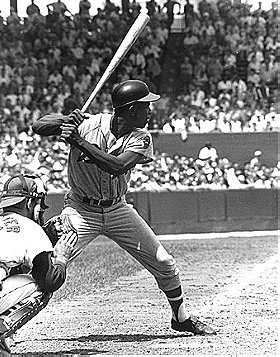 American baseball icon Hank Aaron, nicknamed "Hammerin' Hank," is widely regarded as one of the greatest hitters in the history of the sport. For nearly 23 years (1954–76), Aaron played as an outfielder for the Braves and the Milwaukee Brewers, setting several records and winning a number of honors along the way.

unicornsugar added this to a list 1 year, 9 months ago
Famous Figures: The South (27 person items)

Brian G added this to a list 3 years, 1 month ago