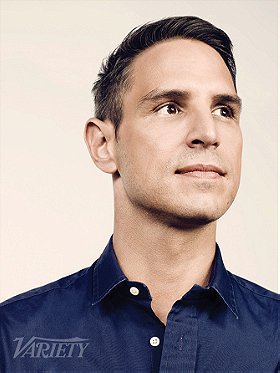 In the 2017–2018 television season, Berlanti tied Jerry Bruckheimer's 2005–2006 record in having ten different live-action scripted television series airing on various networks and digital platforms, and took sole possession of the record with 14 airing in the 2018–19 television season, having signed the most expensive producer deal to that date (June 2018) with Warner Bros. In the 2019–20 television season, with one cancellation and two new series, Berlanti increased the record to 18. Berlanti also directed the 2018 film Love, Simon, a gay romantic comedy-drama which grossed $66 million worldwide. Berlanti was named on Time's list of the 100 most influential people in the world in 2020. ... (more) (less)
Tags: Gay (1), America (1), Writer (1), Arrow (1), Producer (1), The Flash (1), Arrowverse (1)
My tags:

4. Flash vs Arrow / The Brave and the Bold

3. "Frontline" The Merchants of Cool

4. Arrow: From Vigilante to Hero

"Berlanti has been in a relationship with ex-LA Galaxy soccer player Robbie Rogers since mid-2013. On December 31, 2016, Rogers and Berlanti announced they had become engaged. Their wedding occurred on December 2, 2017. They have two children born via surrogacy, a son in 2016 and a daughter in 2019."

BAMF added this to a list 5 years, 7 months ago

"The writing for the episodes seems to be diminishing in creativity and skill. They need to work on figuring out what to do with characters. They can't find a way to top the awesomeness of Season 2."