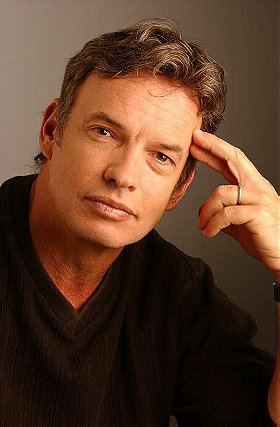 Star Trek fans probably know him best from his more recent guest-starring roles on Star Trek: Enterprise as the recurring character Ambassador Soval, a Vulcan ambassador to Earth. He also guest-starred on Star Trek: Voyager (1995) once, playing Ocampan community leader Tanis in the season 2 episode Cold Fire. He plays a new role, Ragnar, in the fan production Star Trek: Of Gods and Men.

One of Graham's earlier roles was as a "hitman" on the television show Moonlighting co-starring opposite Bruce Willis.

He has played more than 38 TV roles, and has also been in more than 40 movies. His films include All the Right Moves, The Arrogant, The Last Warrior, Robot Jox, Running Woman, Siren. Gary's most recent films are InAlienable, Action Hero and Dreams Awake. Graham made his directorial debut in the spring of 2007 with the film Interviews which he also wrote.

2. The Assassin's Apprentice: Silbadores of the Canary Islands