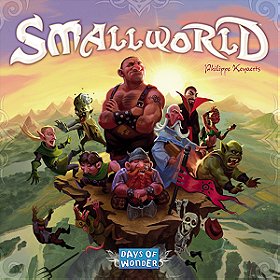 Designed by Philippe Keyaerts, as the fantasy follow-up to his award-winning Vinci, Small World is inhabited by a cast of characters such as dwarves, wizards, amazons, giants, orcs and even humans; who use their troops to occupy territory and conquer adjacent lands in order to push the other races off the face of the earth.

fall3n added this to owned list 4 years, 6 months ago

Girao added this to a list 4 years, 11 months ago
Board Games I Own (71 games items)