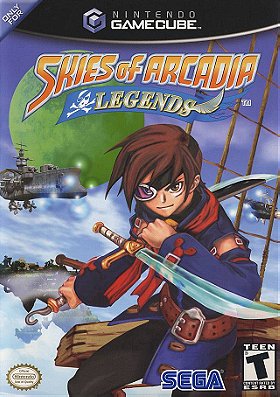 The gameplay is largely based on world-map traveling (always in an airship), visiting various countries, and fighting in two modes: traditional party-based combat, and ship battles, where you control an entire ship and assign commands for four turns.

moop added this to a list 3 years, 1 month ago

My Most Valuable Games I Own (45 games items)

Paulo Júnior added this to a list 5 years, 2 months ago

"Unique theme of piracy in floating islands, puzzles, graphics. What more could me want? Yes, the encounters are random. I've read the encounter rate was too high on the original Dreamcast release, but was fixed in Legends. "

Paulo Júnior added this to a list 5 years, 2 months ago
Games with Puzzles (93 games items)