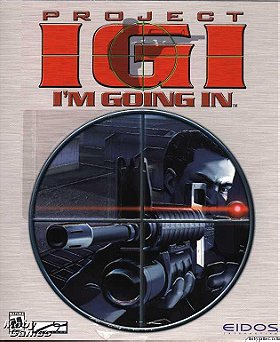 29 votes
The Best and Most Influential FPS games on PC (36 items)
list by Neithan
Published 11 years, 7 months ago

An assortment of weapons is in the game, including a sniper rifle, an AK-47, grenades and a rocket launcher to name a few.

In completing the missions you mostly have one goal: you should not be seen by the cameras or detected by a large group of the enemies at once so that you can complete the level. As soon as an intruder is detected, the enemies are alerted to your presence and the level gets quite difficult to finish. Since you can't save during the mission, you will have to start from the beginning if you don't complete it(i.e., getting killed).

Every mission starts with a little movie using the 3d engine introducing what the goals of the next mission is.

Juldeenious voted for an image 2 months, 1 week ago

AnarchySoldier rated this 7/10 7 months, 2 weeks ago

mukilbluerider added this to a list 1 year, 12 months ago
THE GAMES I HAVE COMPLETED (89 games items)