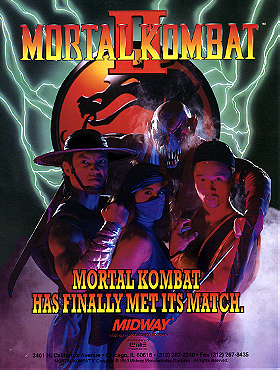 52 votes
Video Games Which Meant Something to Me (74 items)
list by shotswerefired
Published 6 years, 5 months ago 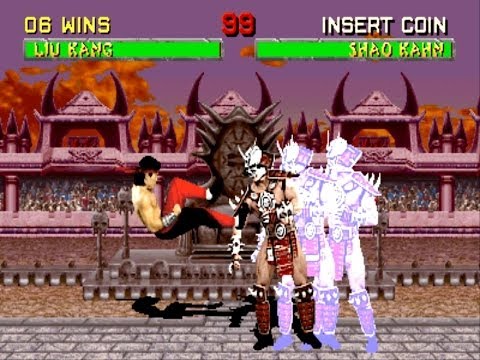 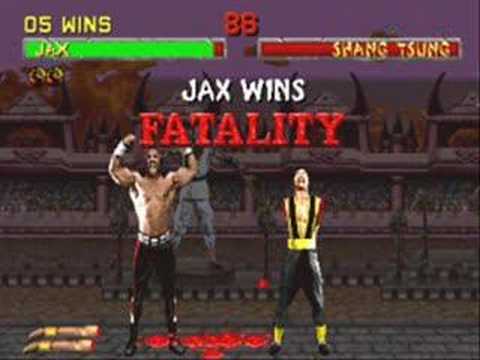 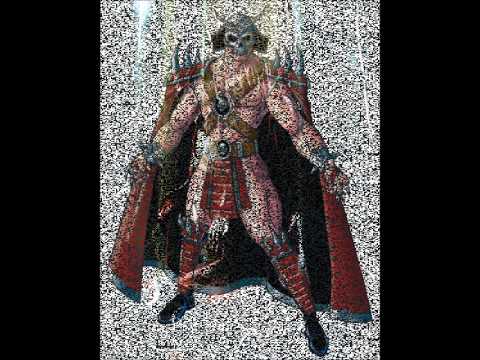 Essentially, Mortal Kombat II is an extension of the game system of Mortal Kombat. A few normal moves have been added (crouching punch, for example). The roundhouse kick was made more powerful in part II, and like the uppercut, launched opponents into the air. Additionally returning characters gained new special moves. The game also introduced multiple fatalities, as well as additional finishing moves to the franchise. However, each character still shared generic attributes – speed, power, jump height and airtime – and all normal moves were similar between each character. As with its predecessor, the only thing differentiating each character were their appearance, special moves, hit detection, and finishing moves. This has also led to the similar criticism of the fighting system being very shallow and lacking any real character depth. However, the game plays slightly faster and much more smoothly than the original. ... (more) (less)
Release date: 25 June 1993
Tags: Arcade (2), Kobra (1), Nitara (1), Nightwolf (1), Motaro (1), Mokap (1), Mileena (1), Mavado (1), Liu Kang (1), Li Mei (1), Kung Lao (1), Onaga (1), Kitana (1), Kintaro (1), Khameleon (1), Kenshi (1), Kano (1), Kabal (1), Johnny Cage (1), Shinnok (1)
My tags:

“Warning: SpoilersThe controversial but popular 'Mortal Kombat' was Midway's biggest seller in 1992, meaning a sequel was perfectly viable. The following year, 'Mortal Kombat II' was unleashed onto the public. It was every bit as good as it's predecessor, though naturally a few improvements were made. An opponent could now perform a choice of two fatalities as opposed to one, as well being able to perform new finishing moves such as Friendship ( in which the player performs a kindly gesture towards the opponent ) and Babality ( in which the defeated opponent is transformed back into a whimpering baby ). The gore of fatalities was not toned down either. If anything, it was pepped up.

PerfectPortal rated this 8/10 8 months, 3 weeks ago

mynameisdoom added this to a list 2 years, 1 month ago
Juegos que Doomguy a Jugado (324 games items) 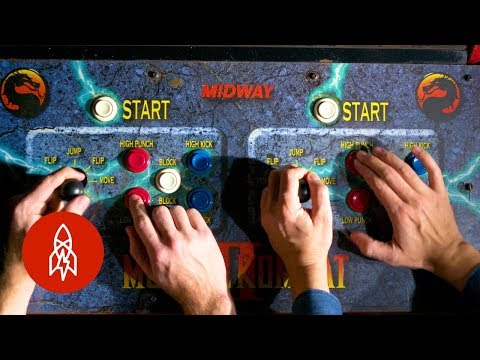 patrician added this to wanted list 3 years, 5 months ago

shotswerefired added this to a list 4 years, 5 months ago

" Mortal Kombat "Finish Him!!" The Emperor of Outworld is out for more than blood as Sub Zero and Liu Kang fight to the death. A GoPotato.tv Production Starring Ian Wolterstorff, Tom Nguyen, and Will Thomas McFadden Directed by James Tod McFadden Written by Ian Wolterstorff Music by Christian Saglie- Broadsound Studios"

Elusuariodiverso rated this 8/10 5 years, 3 months ago

shotswerefired added this to a list 5 years, 10 months ago

" The long wailing of the hapless character is what makes these fatalities not the end result."

shotswerefired added this to a list 5 years, 11 months ago

Video Games Which Meant Something to Me (74 games items)

" The franchise gets a lot of flak for its lack of depth, but I still believe it should go down in the pantheon of video games for its sheer style if not for substance. I actually warmed up to MK's roster more than Street Fighter. The game's chock full of juicy tidbits about their personal histories. And despite the character's basic move-sets being exactly same, their special moves are one of the games most defining aspect. Do fatalities get old? Not for me they aren't. It seems to be a strange"