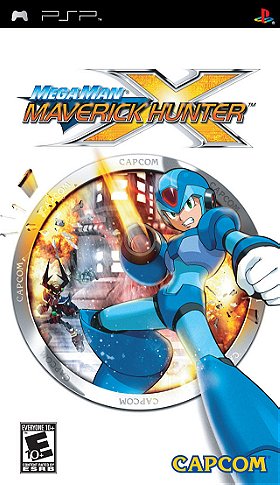 Ashley Winchester
In 1983, Def Leppard released the classic rock song “Too Late for Love.” Despite how perfectly that song describes my current feelings towards the dismal fate that awaited the conclusion of the Mega Man X series, I know that singer Joe Elliott couldn't have been singing about Capcom's failings given the series first brick wouldn't be laid until a decade later. So, that said, when we get right ... read more

A great remake to an already excellent game

alphaguy added this to wanted list 5 months, 3 weeks ago

Sukiel added this to wanted list 1 year, 1 month ago

Neppy added this to a list 2 years, 3 months ago

"Positives: - Great remake of the original that doesn't necessarily replace it, but enhances it. - Vile mode is a very welcome addition. - Other Quality of Life improvements. Negatives: - Switching up the power-ups did leave me a bit paranoid."

A great remake to an already excellent game

“I have played the original Mega Man X games and its sequels quite a lot, yet I never get tired of them at all (at least, of most games). They remain ageless and will never tire me out. You could say that the games don't even need a remake, yet here we are with Mega Man Maverick Hunter X. Despite not needing a remake, Capcom did an excellent job at making this remake not one that replaces the original, but compliments it very well alongside new additions to make this a must-play for Mega Man fans, or fans planning to get into the franchise to begin with. The core Mega Man X gameplay still functions very well, and the stages have mostly been a one-on-one translation with the exception of the Sigma Stages. Power-ups may also appear in different places which left me paranoid at first, because ” read more

redComicsar added this to wanted list 2 years, 3 months ago

Waleed added this to a list 2 years, 8 months ago
PSP Games (39 games items)

SomethingCoolIDK added this to a list 3 years, 6 months ago

"Other than some slight story changes and different locations of items from the original, it's basically the same game from the SNES but with a new coat of paint. Perfect controls and gameplay."

Gumtierl added this to wanted list 3 years, 10 months ago

Paulo Júnior added this to a list 4 years, 5 months ago

SomethingCoolIDK rated this 9/10 5 years, 2 months ago